The Crypto Rises: The Future of Moving Money

Professional border crosser. Preoccupied with crypto, design, travel and anything that turns on.

Despite huge advances made in financial infrastructure, cross-border payments remain inefficient, slow, and fragmentary. The amount of toll collectors involved in trying to send payments from one country to another is ridiculous and while it may not be cheaper, it’s still faster to get on a plane with $10k and fly from NYC to London than it is to send it from your bank.

Everybody wants their cut when making an ACH or SWIFT payment, but who needs them?

The digital world may be borderless, but financial products are heavily regulated by different jurisdictions and financial institutions are incapable and unwilling to make the process any more efficient. Why would the banks and clearing houses fix an antiquated system that allows them to milk their millions of users without any other options? 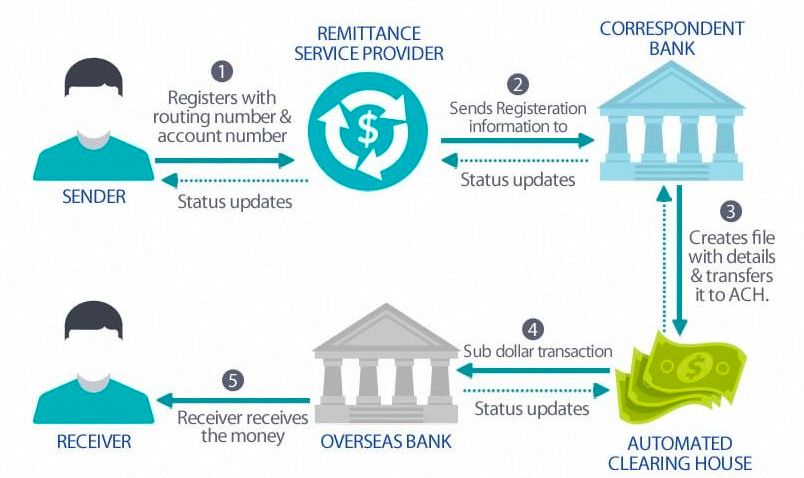 As things stand, SWIFT acts as a monopoly, it faces enormous challenges when dealing with 180 different countries with differing political, legal, regulatory, and economic systems. The financial services community has to navigate the complexities and the operational complications that come with it, but more friction also means more fees, so they have little incentive to fix this broken system.

The emergence of digital currencies underpinned by blockchain technology provides a credible, working alternative to today’s crappy, bloated financial infrastructure and enables instant and frictionless transactions for a fraction of the cost. 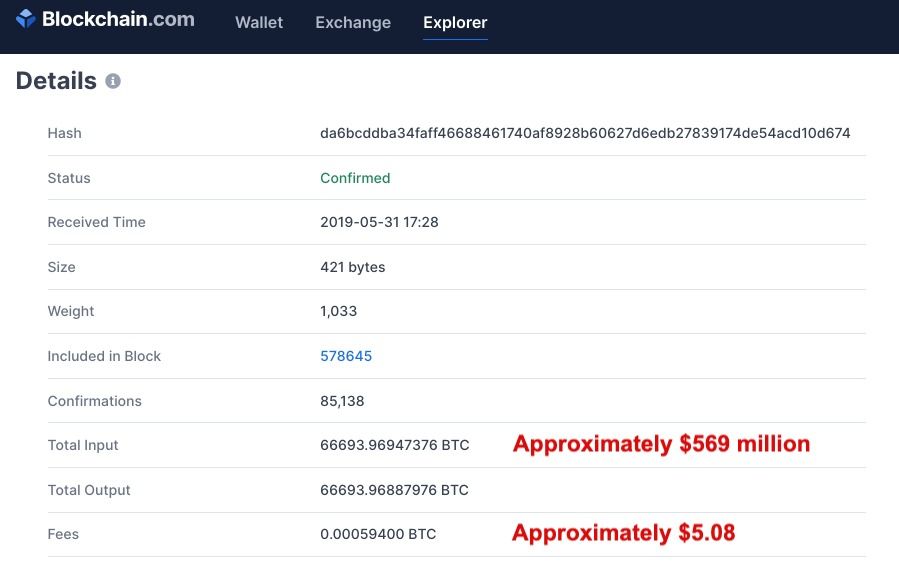 The transaction above from 18 months ago was for over half a billion dollars at the time and incurred a cost of about 5 bucks for the transaction fee. In comparison, TransferWise, a $5b unicorn startup that offers some of the most competitive fees anywhere for international bank transfers, would still charge you over $7,500 to transfer just $1 million. In reality, the size of the transfer has no bearing on the process or overhead for the banks, it's just an opportunity for them to bilk more money from their customers.

Whether it’s Bitcoin or the Lightning Network, Ethereum or ZKSnarks, USDT or USDC, there will be some blockchain-based digital currency that will soon disrupt the antiquated rails upon which we currently transfer money across borders. The banks will continue to hold on to the current system as long as possible but why should users pay a percentage of the amount they’re transferring when they can pay a flat rate in transaction or gas fees regardless of the size of the transaction (based on the current congestion of the network)?

At the end of the day, there’s no difference between sending money and sending an email, banks just charge you for the privilege and the hassle of using their antiquated system, while letting you wait 3+ days for the transaction to actually execute.

The End of an Era (and the Almighty Dollar)?

These technological changes coincide at a time of enormous geopolitical change and economic questions being asked about the role of the dollar as a reserve currency and the Eurozone’s sustainability. Russia’s departure from total reliance on SWIFT complements a wider effort to decouple from the US-led financial system.

Moscow and Beijing are leading a larger international effort towards de-dollarization. The use of the greenback is reduced in transactions and in their foreign reserves (a risky proposition for China given the $1 trillion of American foreign debt they own). With new development banks, even rating systems, a new international financial architecture emerges to construct a possible post-Bretton Woods world. Despite these discussions, roughly 80% of all global trade is still conducted using US dollars with the euro a far-distant second place.

Whether bitcoin establishes itself as a reserve currency remains to be seen, however, it’s not unimaginable that this could happen in the not-so-distant future. There's potential for a digital currency that isn’t undermined by governments and meddling central banks willing to debase it at any given point to emerge as a global unit of account and store of value.

Governments around the world have seen “The money printer go brrrr…” and over 20% of all the US dollars in circulation were created in the last year. No country likes watching the US dilute the value of their currency reserves but at the moment there’s no alternative store of value they would be willing to use, save gold.

For Bitcoin to gain that level of credibility and trust, it needs greater adoption, which would lead to greater market capitalization, which should help normalize some of the volatility, which has impeded more widespread adoption of Bitcoin by potential investors.

We are just now beginning to see the true adoption (and acceptance) of Bitcoin by the Institutional Finance community and after this next bull run in 2021, governments will also start to look to Bitcoin as a legitimate store of value.

Self-sovereignty and Owning Your Own Money

Unfortunately, the current blockchain infrastructure depends on individuals taking responsibility for the custody of their wealth and completing transactions. Leading blockchains lack the equivalent interoperability of SWIFT, and rely on people understanding how to manage very complex systems and protocols. The trade-off with cryptocurrencies like bitcoin is that while you gain greater security and self-control, you also give up fail-safes and (for now) easy-to-use platforms to transfer and store your wealth. 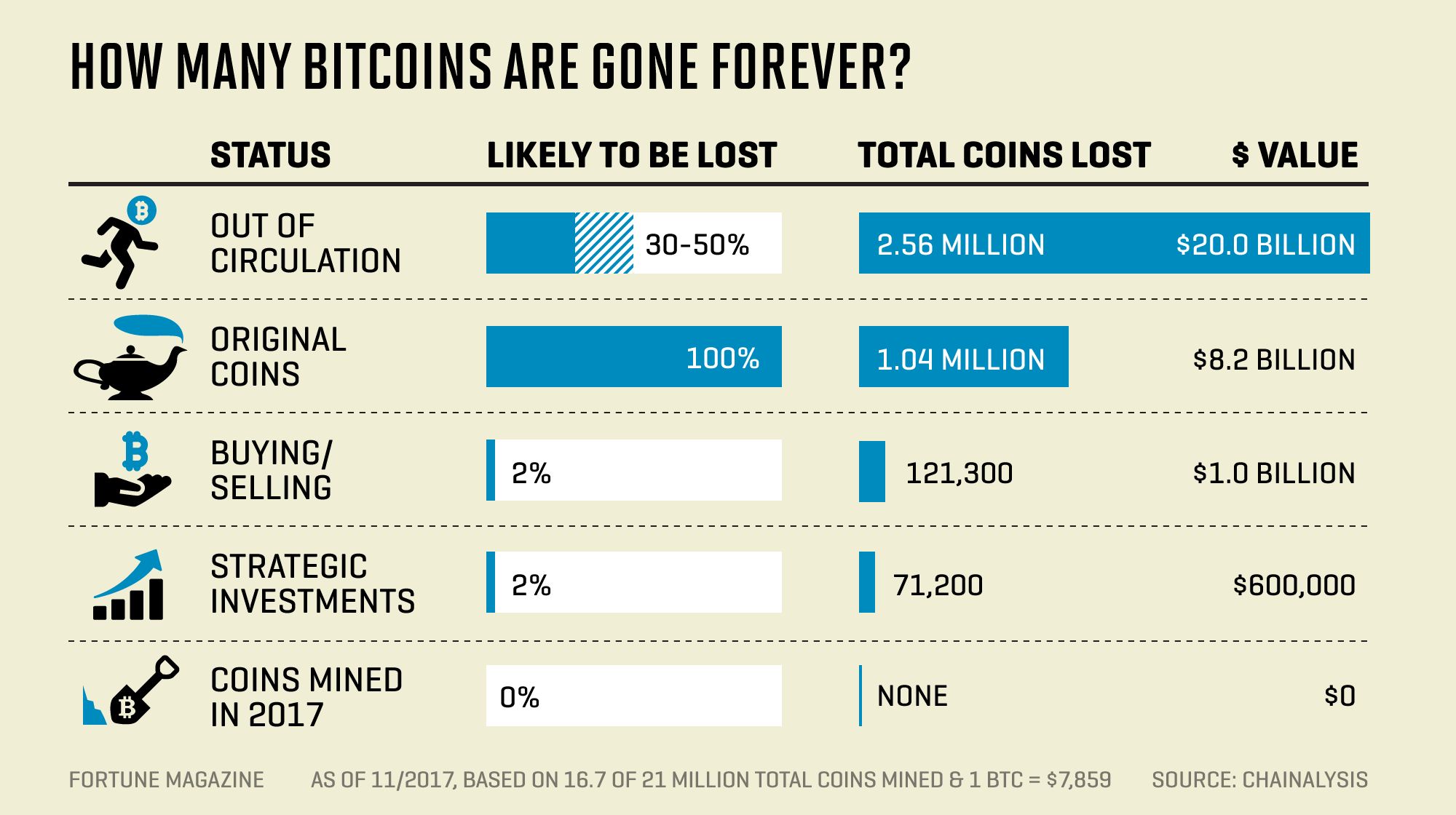 Even some of the most qualified and talented engineers have made rudimentary errors copying and pasting long addresses or losing all-important seed phrases that result in fortunes being lost. Unlike with SWIFT there’s no ability to reverse transactions or know who is at the receiving end. One of the main drawbacks of not having centralized third parties is that when things go wrong there’s no recourse. Roughly 4 million of the total 21 million supply of Bitcoin are likely lost forever.

The usability problem for cryptocurrencies is real, one leading exchange had in a two month period received complaints from 21 clients about sending digital assets to the wrong address or an erc20 token on a contract that they don’t support. The total sum of these transactions came to over USD$240,000 and diverted precious time and resources to retrieve these funds.

The struggle for cryptocurrencies is to find the right balance between giving users control over their funds and providing a valuable fallback for users who aren’t savvy enough to deal with the nuances. Try asking the average Ethereum holder how to cancel out a transaction that failed because the gas fees were too low and to zero out the transaction by sending another transaction to the same nonce (huh?).

Only by making cryptocurrency transactions safe and easy will the cryptocurrency asset class gain the trust and almighty mass adoption necessary to force the mainstream operators, regulators, and governments to take note. But at that point, hopefully, nobody will care anymore as we cut them out of the equation altogether.

Cryptocurrencies have the potential to include the 1.7 billion unbanked people around the world with financial services they currently lack access to, however the lack of infrastructure, security, and general education amongst the public act as real deterrents. These problems are however solvable and could lead to a radically transformed financial landscape within the next decade.

While it seems clear that digital assets will crush the old SWIFT system in the near future, who will come out on top is still up for grabs, especially between L2 projects on the bitcoin and ethereum blockchains. That said, these are who I would keep an eye on:

ENS – The Ethereum Naming Standard is the most widely integrated blockchain naming standard with 212,000 names and 172 integrations, similar to FIO (see below), it enables users to enter a simple name (rather than a long address) to receive payments in any currency. Feel free to send some cryptocurrency to ethkeith.eth to try it out ;) 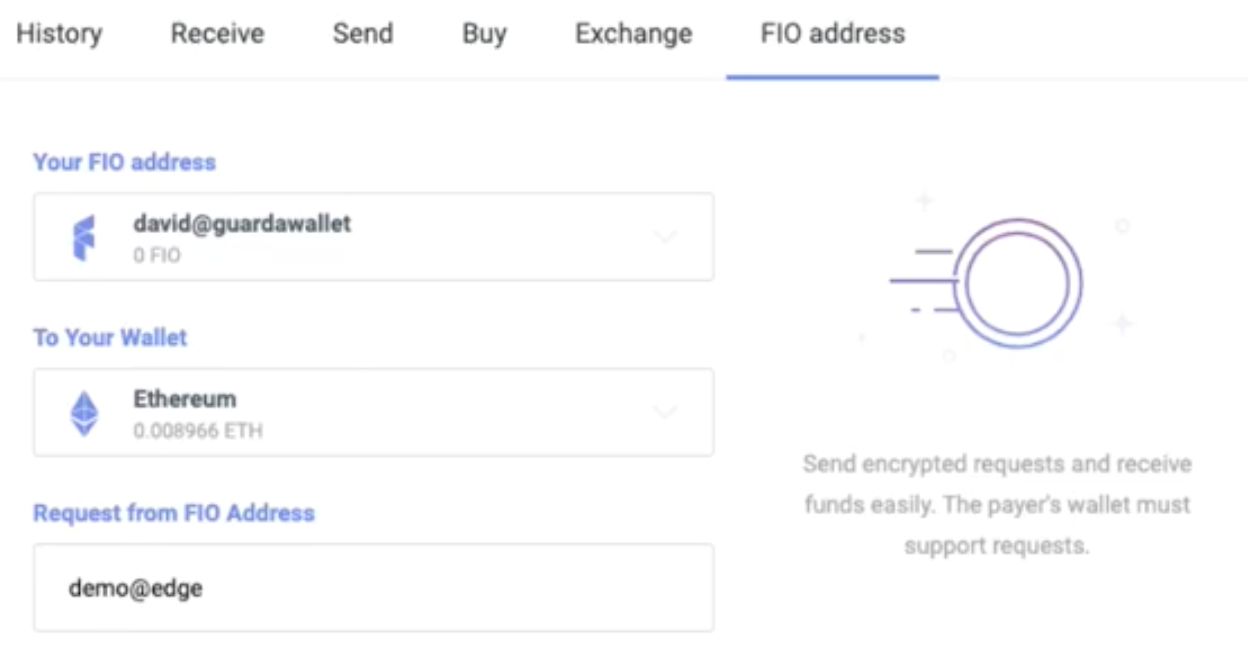 FIO - The Foundation for Interwallet Operability (FIO) Protocol is a protocol that enables easier crypto services so anyone can integrate products and enjoy a consistent user experience that requires only a simple name to be typed in for digital assets to be sent to. The FIO protocol underpins FIO addresses to a human identifiable wallet consisting of a user domain and a wallet (such as name@fio) that anyone can read and remember.

Addresses are automatically mapped to every cryptocurrency linked to your account. Secure and encrypted, only the info exchanged between users is readable. Many of the industry’s leading service providers such as Mycelium, ShapeShift, Coinomi and ChangeNOW have integrated the FIO protocol. Another cool feature is you can make a request from someone with a FIO wallet as well as just sending to them.

zkSNARKs stands for “Zero-Knowledge Succinct Non-Interactive Argument of Knowledge” (quite a mouthful, thus the acronym). It basically allows 2 different parties that don’t know each other to verify a piece of information without revealing sensitive information. Essentially zkSNARKs prove that the necessary steps have been taken in the smart contract without revealing what those steps actually were.

It's very useful in protecting an individual and a company’s privacy. It can be used to verify that a process took place without revealing any underlying details about the process itself, and prove that you are being honest about your claims.

Transactions can happen off-chain (so-called Layer 2, or L2, solutions) that allow for 1000s of transactions per second at a fraction of the cost of current gas fees. zkSNARKs widespread adoption could lead to the end of Visa and Mastercard's dominance over everyday transactions. Renowned cryptographers from academia, government and industry are working side-by-side under the auspices of ZKProof to develop zero-knowledge standards and facilitate broader mainstream adoption

Lightning Network – The lighting network is a second layer scaling solution for bitcoin that employs micropayment channels to facilitate super fast transactions. Transactions conducted on lightning networks are faster, less costly, and are confirmed much faster than those conducted directly on the bitcoin blockchain (i.e.,on-chain).

Zap, Inc. - the Bitcoin startup founded by Jack Mallers has launched the Strike network that allows people to send fiat using the lightning network as the backbone for payments - you can think of it as a Venmo that works anywhere in the world. Just this week NFL'er Russel Okung announced he'll be taking half his salary via bitcoin using the Strike network.

We may be looking at bitcoin's Rookie of the Year for 2021.

Tokenized Stocks: Coming To An Exchange Near You