The Case for The Defence: Securing The Future With VPN Technology 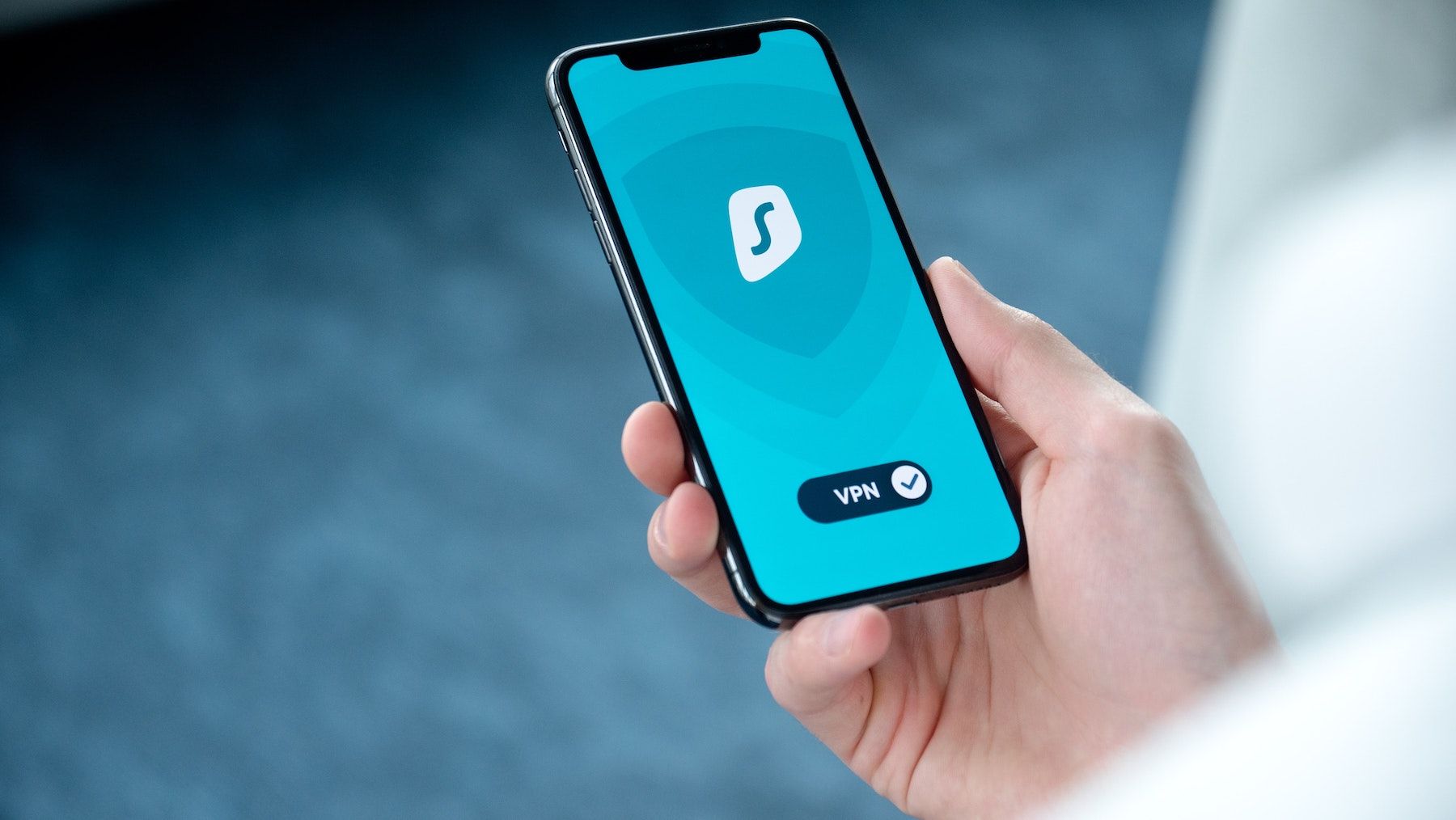 According to statistics, hackers attack every 39 seconds - at a rate of 2,244 times each day. As the world begins to brace itself for another year set to be disrupted by Covid complications and more working from home, it seems essential that we do what we can to make sure our devices are as secure as possible as we work, study, and play away using our own servers.

But in a world where attacks are occurring at a rate of nearly two each minute, is a VPN really enough? And will the technology develop further in the coming years to ensure our safety from more robust cyber attacks?

Firstly, let’s define the term VPN to help us to better understand the technology we’re looking at. VPN stands for Virtual Private Network, and it brings users a greater deal of privacy by creating a private network from within a public one. 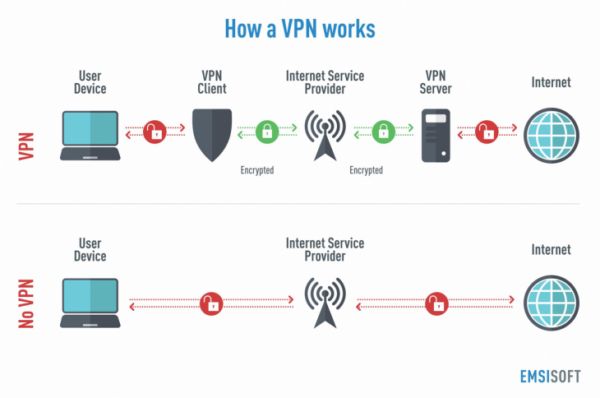 Whenever you surf the web or make a purchase on an unsecured WiFi network, it means you could be exposing your private information and browsing habits. This makes VPNs essential if you’re concerned about your online security and privacy.

Especially if you use a WiFi network that’s shared by others or multiple users inside a building or physical space, your information could be visible to just about anyone around you. Even if you’re simply playing video games on your lunch break in a coffee shop.

As 2021 looks set to be a year that sees many workers continue to operate outside of the office, many more of us will be utilising wireless networks that could have flawed levels of privacy. Sadly, lots of people will be unaware of the importance of securing their connection until it’s too late, but despite this, there’s plenty of optimism for the future of the technology and how easily it can be accommodated by users.

Growing Into a Pivotal Decade 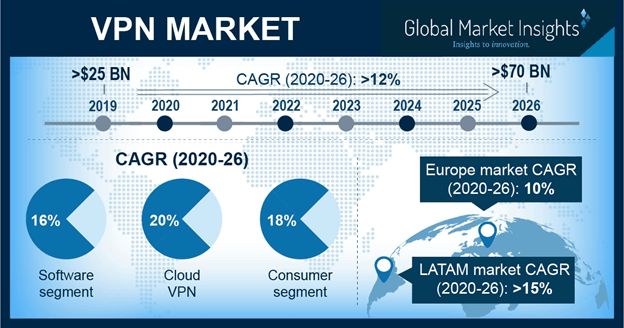 As we can see from the chart above, the VPN market is set to grow steadily over the next six years, at a CAGR of 10% in Europe and around 15% in Latin America. This will help the market steadily scale each year as technology continues to develop into the mid-2020s - with Cloud VPN software at the forefront of innovation within the industry.

It’s safe to say that VPN market growth has been facilitated by devastating warning signs towards the end of the previous decade in the form of the WannaCry cyberattack that struck hundreds of thousands of machines across 150 countries at the end of 2017. The European Union’s ramping up of GDPR has also pushed online privacy into the spotlight that can facilitate the growth of the VPN market into a $70 billion industry over the coming years.

Another key reason why VPN markets may increase in the wake of Covid-19 stems from an increase in virtual socialising.

Many more of us have embraced gaming on both consoles and PCs. As lockdowns became enforced across the world, PlayStation 4 units flew off the shelves while Steam achieved record-breaking usage figures.

While VPNs may help to ramp up our privacy while gaming, they can also actively improve our experience. Utilising a strong VPN, gamers can gain unrestricted access to servers from all around the world to play with others overseas. It’s also possible to use low latency VPN servers, offering a much more lag-free experience. Furthermore, accessing different servers can give players access to games that are either region locked or not yet released in the physical location of the user.

Glancing Into an Automated Future

The prevalence of VPNs will be boosted by emerging trends like Bring Your Own Device (BYOD) and The Internet of Things, with Techradar claiming that the usage of Virtual Private Networks could become ‘ubiquitous’ as cloud computing becomes ever more popular.

Elsewhere, The Edge notes that VPNs are likely to develop towards greater levels of transparency and smart technology. The article highlights how huge companies like Google, Facebook and McAfee are all looking to move away from conventional VPNs and build cloud-based services that offer more proprietary VPNs - packing all of the security without the complexity. This shift towards more automated VPN solutions can certainly aid users without them having to build an understanding of the technology that they’re utilising.

While the news that cyber attacks are now occurring every 39 seconds, it’s reassuring to know that security technology markets are growing at a rapid rate, and are actively adapting to emerging cloud technology in the process. Soon, many of us who rely on connecting to public networks to get work done, socialise, or play will be capable of doing so through automated VPN software that understands its task and approaches it without the need of consulting the user. 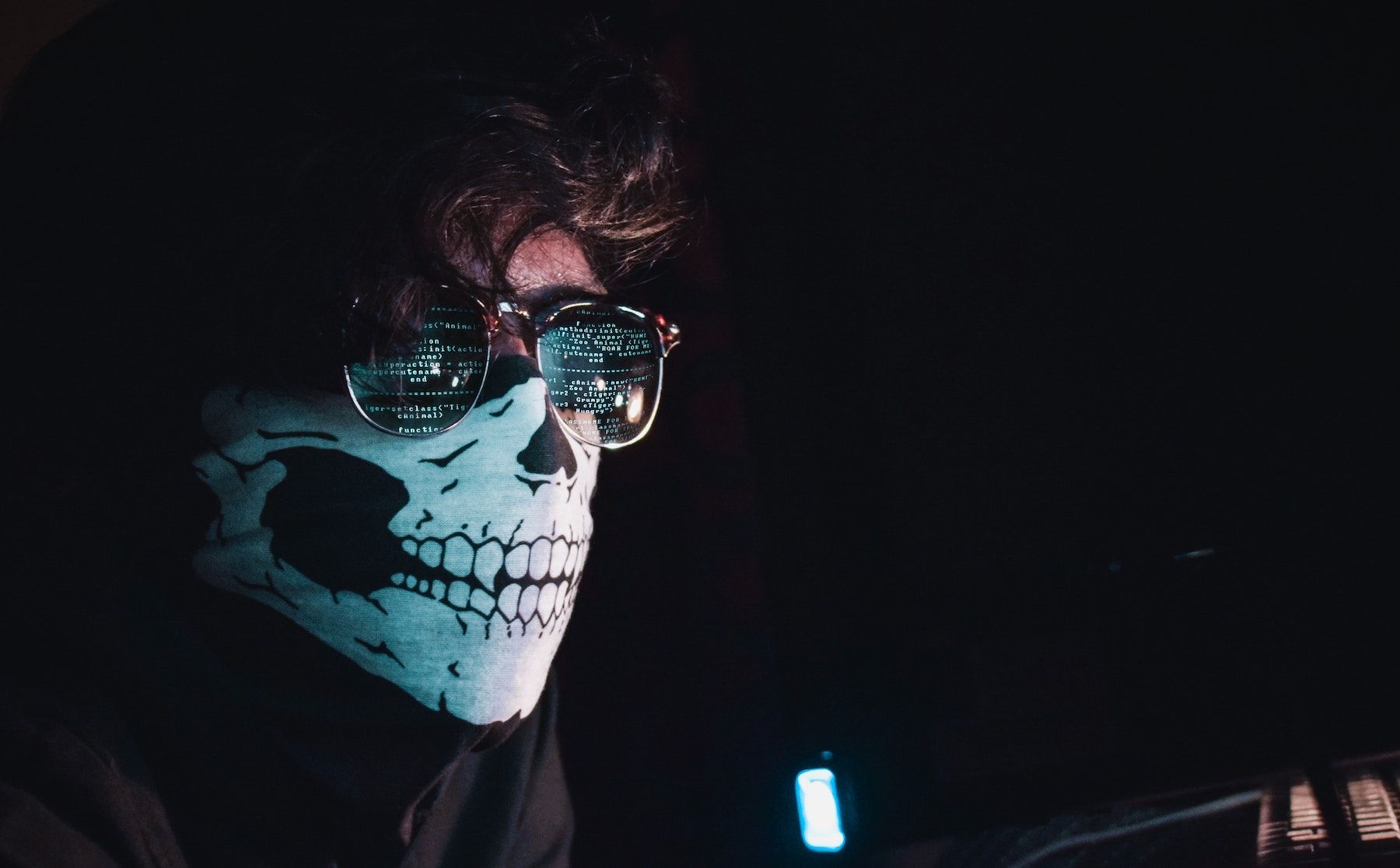