Of Blockchain Technology, Sustainability, and Applicability 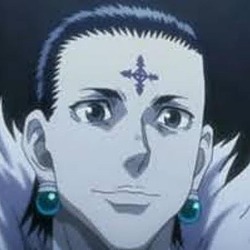 The blockchain technology and the opportunities it created began to enter our lives about 10 years ago. The technology that we are most familiar with is Bitcoin, a cryptocurrency that uses the blockchain technology. After the invention of Bitcoin many other cryptocurrencies have followed suit. Bitcoin is still at the top and was the first to introduce the Proof of Work algorithm, which we'll talk about in a moment, however, this system is now quite outdated. In this article we are going to discuss the technical aspects of the Blockchain technology, Bitcoin and the algorithms it uses and applications for the Blockchain technology.
The blockchain technology works using a decentralized structure. You don’t need to use a third-party or middlemen. We will be using an example to show the differences between centralized and decentralized systems
In 2018, the Federal Trade Commission opened an investigation into how Cambridge Analytica, ostensibly a voter-profiling company, accessed data about 50 million Facebook users according to The Wall Street Journal. Facebook has been selling user private information to other companies and generated a significant revenue from it. In fact some people think that Facebook’s user data was used in the United States elections. The only reason why Facebook can do something like this is because all the data is stored in a centralized server and they have full control over it. Facebook can easily manage and monitor all the data and eventually even monetize it by selling it to other companies.
The blockchain technology offers a solution to this problem by using decentralized encryption and decentralized storage which enables the transfer of digital assets in a trustless way.
The blockchain model consists of two basic concepts:
Records: The Blockchain record is made up from all the relevant content information of that specific Blockchain. Depending on the specific design, the information can be a wide variety of data like money, inventory input, customer records, etc. For virtual currencies, these records are money transfer information, also called transactions.
All the transactions made between users of the blockchain network are recorded in that specific blockchain and saved in blocks forever. This information is public and available to anyone
Blocks: Every block will contain a specific amount of transactions and it depends on the specific blockchain. These blocks are created by ‘miners’, people who are using CPU power to solve complex mathematical puzzles in order to receive a reward in the form of Bitcoin.

The first idea about the validation of blocks in the blockchain came from Satoshi Nakamoto.

The process of creating blocks on the blockchain is called ‘mining’. This process involves solving complex mathematical puzzles using an algorithm called Proof of Work. The first person or group of people to solve the puzzle will be rewarded with Bitcoin. Everyone else in the network can verify if the solution is correct by hashing the result. Bitcoin miners can use CPU and GPU which means the electricity cost can be quite high. You can check the amount of electricity consumed by Bitcoin mining in the table below:

As can be seen from the table, Bitcoin's PoW model is unsustainable in the long run.

In 2012, some developers created a different consensus algorithm called Proof of Stake, thinking that PoW was not efficient.

Unlike PoW, in which the user validates transactions and generates new blocks by performing a certain amount of computational work, a proof of stake system requires the user to show ownership of a certain number of cryptocurrencies.

The generator of a new block is chosen in a pseudo-random sequence, depending on the user’s prosperity, also defined as ‘stake’. In the PoS system, blocks are  ‘forged’ or ‘minted’, not mined. Users who validate transactions and create new blocks in this system are referred to as forgers.

Many popular coins like Ethereum (Casper Protocol with PoS algorithm), Cardano (Ouroboros), Dash or Neo can perform transactions on the blockchain more effectively by using different PoS algorithms.
What are the main differences between PoW and PoS?


* You need to use CPUs and GPUs for PoW which means you need to use a lot of electricity. PoS on the other side is energy efficient.
* PoS is cheaper because you can participate in the staking process by simply opening your Wallet.
* PoS is less prominent to a 51% attack which is a real risk when using PoW.
* PoS seems to be more decentralized because there’s no advantage to collusion between users, however, PoS does favor larger stakeholders.

Digital IDs
Identity theft is quite common and very difficult to solve using traditional methods. The blockchain technology can solve this issue because of its decentralized nature and immutability. Once your ID is created and sent to the blockchain, it will stay there forever. Furthermore other users can easily verify it if needed.

As we all know, the most useful and most used feature of cryptocurrencies is the ability to easily transfer money. So why should we choose cryptocurrencies rather than traditional currencies?
When sending money using conventional means, especially abroad, you have to use a bank. The bank is in possession of all customer’s information. In return, bank receives a commission of 3% to 10% of the money you spend. It can take up to a week to arrive. Besides, banks do not work on weekends and can block your account or transfer whenever they want.
The commissions of the money you send using cryptocurrencies is tiny in comparison. It doesn’t matter if it’s the weekend or if you are in a remote location as long as you have Internet access, cryptocurrency transactions will take seconds and there is no limit to the amount you can transfer. Additionally, during this process, identities of the users will not be revealed.


CONCLUSION
The first idea about the validation of blocks in the blockchain came from Satoshi Nakamoto. The Blockchain technology has brought a lot to our lives. Some say that we are facing a new “revolution’’ in monetary terms. This great technology behind cryptocurrencies has completely changed our outlook on money. One of the main reasons for this is the elimination of borders, walls and time problems. We are not able to transfer money much faster and with less commissions than ever before.
The fact that the world's largest companies such as Amazon, IBM, Walmart and Facebook are getting involved with this technology is proof that the world of the future will be shaped through cryptocurrencies.

If you want to be a part of this new revolution, you need to learn more about the blockchain and cryptocurrencies.