Nothing beats the success story of a visionary leader who decides to take a bold course that sets the standard for how an industry operates. In the realm of technology, one of these stories is the infamous API mandate that Jeff Bezos, CEO of Amazon, sent out in 2002. For many technologists, the mandate wasn’t just the regular email, but it was the moment that the digital platform as we know it today was born. What is often overlooked, however, is that the interface-mandate (i.e., API-mandate) not only revolutionized internet technology development but it also changed how new business models came to be and how a wealth of new value was created.

In March of 2015, Tom Goodwin wrote an article on Techcrunch in which he attributed the success of companies like Uber, Alibaba, and Facebook to the fact that they own the interface to the customer. He argued that our relationships are no longer with service providers but with the interface owners. Four years later, his observation has held up, but many business strategists have interpreted "owning the interface" as owning the "graphical interface" (also known as the Graphical User Interface, or GUI). And yes, a superior user experience in the GUI (e.g., Airbnb) has proven to attract and maintain new customers, but the bulk of the of value resides not in the graphical interface but in the application interface.

The easiest way to understand an application programming interface (API) is that an API is to computers, what a graphical user interface is to humans but with three significant business benefits;

How does the Uber app know where the drivers are? How does the platform know which credit card to send the bill to? How does Uber know how to place pointers on the map, and how does the app communicate with the server? How does Google Maps tell the Uber app what place on the earth to show or what address to suggest? It's all done thanks to the APIs. A single app that the customer interacts with is often connected through a forest of APIs.

The API based business model

From a business perspective, the most commonly used APIs exist out of two basic principles: resources and collections. The resources describe what a piece of data entails. This can be a customer, a car, an airplane, a bank account, anything. Collections are combinations of resources; for example, a bank account might contain resources of transactions and beneficiaries and a warehouse for its inventory.

The information contained in the API-resource contains value and the API exposes this value to a customer. Your entire business and its interactions could be expressed through an API.

As Goodwin pointed out in his 2002 article, Uber owns no vehicles and Alibaba has no inventory. This is physically true, but they do have the information about the inventory in the form of a digital copy. And because they are able to efficiently manage this information through their APIs, they are able to capture the part of the value regarding the information (e.g., it is valuable to know that a taxi is nearby and what the rating of the driver is). Individual resources are often very cheap—less than a penny—but a well-structured platform can handle millions of resources per minute. The API resources expressed through the technology are no longer tools for the business anymore; they have become the business.

The first multimillion-dollar businesses that executed successfully on these models were cloud companies. Their data centers contain many resources, and from a pricing perspective, it is key to get to the lowest granularity because a resource can be priced individually. A computer, for example, is a collection of CPUs, memory, storage space, and software. All these tiny resources create value for the end-user (a customer might need a server with many CPUs and many gigabytes). Do you need a backup? That is another collection of resources! The power of this model lies in the fact that charges can be added per individual resource, and they can be instantly created (i.e., bought) or stopped. We even see the next iteration of these business models in a trend called serverless, where it is not the physical resources that the clients are being charged for but the functionalities in the software. As an example, the serverless company Zeit charges $0.000034 per gigabyte per second.

These microtransactions are often seen as trivial but don’t be fooled. Take Google Maps, for example, Uber uses the Google Maps API services. Using these API services in your app come at around $0.004 cent per API query. In August 2018 Uber provided an average of 436.000 rides per day. This means that both the driver and the customer used the maps service, that results in potential revenue for Google Maps of $1.273.120 for providing route information per year. The cost of goods sold for the service is neglectable because the resources (i.e., roads, locations, routes) sit on a server ready to be exposed through the APIs for almost no costs at all and this is why analysts expect Google Maps to become a $5 billion company by 2020.

The Value of Resources

Although a resource is a digital asset, it contains information about an asset in the physical world. Calling the API and manipulating the resource triggers an action with the asset in the physical world that the digital resource represents. The API functions as a nano contract between the producer and the customer. For example, a request for an Uber Taxi through the app uses the API to manipulate the resource as you agree with Uber to find you a ride. The physical implication of this nano contract is that the state of the taxi changes from being idle to driving to your pickup point. A more abstract example of this effect would be a restaurant review, which can also be expressed as a resource through an API. The digital review might have an impact on people deciding to visit the restaurant or not.

Because a resource can be exposed through an API infinitely and directly without any friction, it is the outside factors that determine the scarcity of a resource. The less often it can be exposed, the more valuable it becomes. The impact of the European General Data Protection Regulation (GDPR) is an example of this: the holder of a personal resource is limited in exposing this resource because of regulation, which in turn pushes the value up. On the other hand, when quantity goes up, the value decreases. This model is expressed in the seesaw of API resource value. 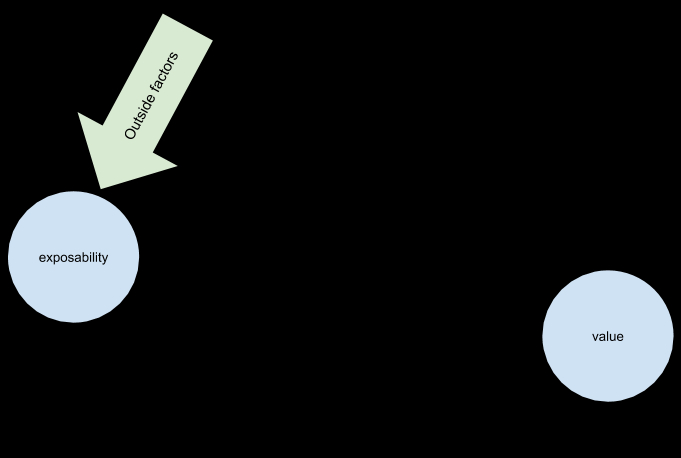 In the service economy, many businesses look for business models to extract more value from their products through digital channels. For example, a car leasing company might want to lease a single car to many people to keep the wheels rolling—and, thus, bring value—rather than lease to a single owner who only pays so much for a car that is parked 95% of the time. Managing the resource—in this case, a car—and bringing it to other customers is done digitally, making it easier to organize digital assets and achieve these business goals. Though the value might be shown to a customer through a GUI, it is captured and transferred through the APIs, and because an API—as opposed to a GUI—can be chained into other applications, the API as a product becomes a viable addition to many businesses.

The API business offering of the Dutch challenger bank Bunq is an example of this. Because it has a banking infrastructure (which can be expressed in API resources) and a banking license (a regulatory tool that pushes the value of the resource up), it can offer its services in a way that means businesses can integrate banking services directly into their own products.

Any business asset and operation can be expressed through APIs, and because of the service economy, a large part of the value is shifting from the physical product to the information of the product. As Bezos understood so well, API strategies are no longer an IT-only endeavour. Understanding the value of your API resources and how effectively one can expose them as a business has an impact on future value and potential new information-driven products regardless of industry and size.

Related Stories
Subject Matter
Win $2000 by building a web app on Velo by Wix by @Wix
#promoted
Are Computer Games the Future of Literature? by @bobvanluijt
#futurism
Building A Customer API Defined By Spreadsheets and Documents by @meenakshidhanani
#specification
The Self-Employed Worker's Guide To Pay Stubs by @hamzah-adil
#entrepreneurship
Why The Real Estate Industry Should be More Like Tesla & Less Like Volkswagen by @paolodotta
#real-estate-technology
Behind the Creation of a Free Encyclopedia for the World by @JustinRunyon
#wikipedia
Comparing 3 Promising Layer 2 Solutions Based on Optimistic Rollups by @MetisDAO
#layer-two-solution-blockchain