The Ancient Technology of “Village Reputation” 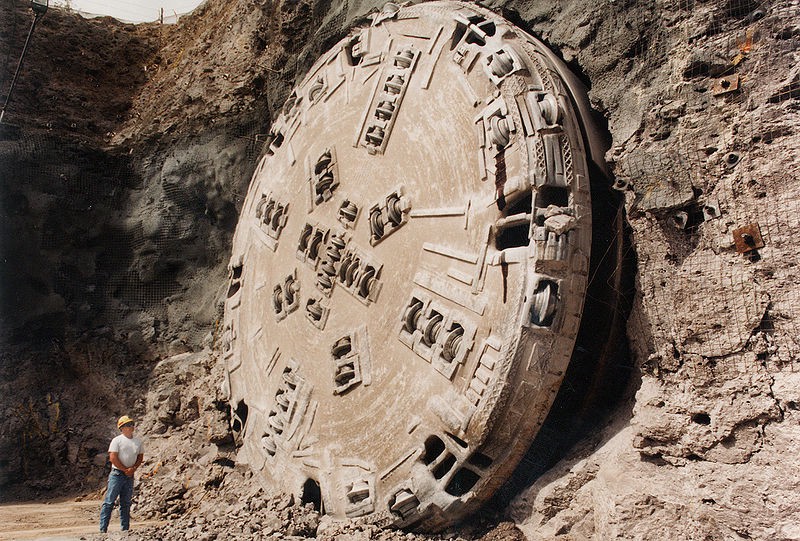 A history of how we improved debt memory, forgot about repute, and how blockchain might be the answer.

Money is a technology we invented out of necessity. As Xapo CEO Wences Casares describes in his discussion on “Bitcoin is better than gold”, barter never actually existed. Our ancestors did not find a way to trade fish for clothes or equate medicinal knowledge to bread, but instead kept track of debts to one another and tried to balance things fairly. We would remember who gave us meat from the buffalo hunt, who supplied us with fire wood, and who helped us when we were sick. It was impossible to equate the value of some of these things, so we simply remembered and tried to be honest and fair about our indebtedness to one another. Some people were never repaid and others fought over what had actually occurred. We kept track of it all in our heads.

We also could remember what others had done to us; an internal database of behaviors, of compliments, niceties, and grudges. On the positive side, charity, gratitude, courage, and wisdom were earned and recognized, making these attributes beneficial to everyday life in society. If you were a liar, a thief, or an asshole, this too was known to all. You couldnt hide it.

The difference between debt and reputation are the ledgers we created. For debt, we created money. This became so successful that we see it deployed in every society on Earth. Different tools were used over time, and today the economic system has grown into a complex machine, with trillions of value exchanged annualy in handling its complexity. Reputation, however, was left back in the stone age.

Imagine living in a village of 500 people, in a place where everyone knows you when you walk down the street. The village had benefits in creating a sense of trust and transparency because of the proximity and low numbers of people. The characteristics we transcribe upon heros in our novels were revered and pursued because they were publicly visible. Violators of our communal trust had to work extremely hard to rid themselves of their stigmas.

Their lives would be living hell, even without violence …, they would have been social pariahs

I imagine this inevitably led to more physical confrontation than we see today, and even murder, and that this also made people less likely to commit some sort of transgression, for fear of retaliation. Or maybe people lived dangerously from day to day. Either way, you couldnt hide your social behavior because you lived in a small social bubble. People didnt need identity cards, didn’t need money, didn’t need anything to prove who they were or what they could contribute. People around them not only knew who they were, but they also knew their ancestry. And they knew it intimately.

In a time when personal security was at its lowest, trust in reputation had to be at it’s highest. Progress would be impossible if people could not sleep safe, knowing that their neighbor was an ally. An individual’s vulnerability went hand and hand with the importance placed on maintaining a good reputation.

Today we live in cities with millions of people. It’s easy to pass people all day that you’ve never met and never will know. We encounter strangers everyday in our business and treat them all equally (at least I hope we do), despite whatever past they have, because we can’t possibly know it. On the train reading this, you could be sitting next to someone that regularly spends time helping the homeless, or someone that helped get a mortgage approved that shouldn’t have.

During the Financial Crisis of 2008, multiple countries had to bail out banks and saw none of them go to jail….except one. Iceland. In this interesting discussion of size and democracy, Ian Welsh brings up why Iceland’s small size helps deliver justice.

“Iceland is too small for the bubble to work. Politicians in Iceland could not avoid the Icelanders they would have been impoverishing if they bailed out bankers, and let ordinary people go bankrupt. The people who taught their kids, prepared their food, whom they say on the street every day would be people they had f****’d over. Their lives would be living hell, even without violence (Iceland being a very peaceful society), they would have been social pariahs. Everyone knew them, and given the population size, would recognize them, and in that small a country, would probably eventually see them and be able to treat them as they deserved.”

To solve the problem of living in larger and larger cities, we created identification. This technology helped us prove who we were(albeit loosely since all it does is confirm the name matches the face, and even then, its only confirmed on a government issued document that can easily be forged). However, this did not bring with it the value of reputation. The business of counterfeiting currency is well documented, but if done right, counterfeiting reputation can make you millions.

There are multiple stories of impressive cons. Victor Lustig sold the Eiffel tower twice, pretending to be a Parisian official in charge of selling the “decaying monument” for scrap metal to the highest bidder.

Frank Abagnale, the inspiration for “Catch Me If You Can”, had over 8 identities, successfully impersonating a pilot, a doctor, and even a U.S. Bureau of Prisons Agent.

The most recent confidence man that got caught was Christophe Rocancourt, aka the Phony Rockefeller. By pretending to be the heir to the famous Rockefeller fortune, he was able to make over $40 million in his lifetime of reputational scamming. Considering that this was done in modern times, it’s insanely impressive.

He wasn’t breaking the law; he was lying and people fell for it

Here is a list of 10 more stories. We don’t always hear about these crimes, and when we do, it seems farcical that anyone fell for them. How could you not know this person was lying? There are also other stories that we don’t think of when we consider reputational infractions. Would Bernie Madoff or Reed Slatkin be able to perform their ponzi schemes if we had better reputation ledgers? The only reason we all know not to trust Bernie Madoff anymore is because he’s locked behind bars, inside the reputation ledger we call prison.

The only semblance of a reputation ledger is the penal system; and it’s amazingly limited. When used for background checks, mismatched data gives criminal records to the wrong people that have the same name. Some records don’t accurately depict conviction results and acquittals are rarely updated. This system only records crimes, and in most cases, only if they are found guilty.

A system like this does little to promote better reputational dynamics. In the case of the conmen like the Phony Rockefeller, the penal system would never have kept track of his schemes because he wasn’t breaking the law; he was lying and people fell for it. There is no crime for not keeping your word and no memory of it beyond your own.

As we move towards an increasingly interconnected system, we will need to have better data for better decision making. The benefits of keeping track of reliability and reputation go beyond the criminal. Rewarding the behavior we expect and seek in our interactions can lead to better efficiencies and utilization, because of the golden rule: Time is money.

My nephew has a soccer game this weekend. He wants to make sure I attend and sends me a smart contract. It calculates the likelihood of me flaking out based on my previous attendance score and suggests I stake $10. It’s low because I usually attend; my flaking out would represent a rarity. Of course it’s a priority for me to see him play and I sign it. Greg’s nephew sends him a contract that’s set at $200. He doesn’t sign it, but still tells him he’ll try his best to be there on time. Greg isn’t nearly as reliable or punctual as I am.

I realize I need to get going for my doctor’s appointment across town and request an Uber. Because I’m always on time for my drivers, Uber gives me access to the instant response fleet. I’m downstairs right when my driver is arriving. My friend Greg has to wait 5 minutes before finding drivers because he has a lower reliability score, he usually makes the driver wait a few minutes during pickup.

When I arrive at the doctor’s office, I get to go straight in because I’ve always been on time. The doctor doesn’t need to put a buffer in for the likelihood I’ll flake and I’m guaranteed instant accomodation for my emacculate attendance. My friend Greg has to prepay $50 per visit because he habitually cancels his appointments last minute.

Later, I’m interviewing candidates for a new designer position I need for my company. My candidates are willing to give me trial work for free and are all on time for their interviews. I’ve always paid my bills on time, and my reputation log shows that past employees have always liked working with me. Greg’s situation is worse; he needs to pay upfront for any work requested.

None of this is publicly accessible information. No one owns this data. The systems we interact with use zero-knowledge proofs to share my scores for different algorithms. I can choose to opt-out and not enjoy the benefits, but the incentives the free market gives me for participating in reputation aggregation far outweigh the perception of privacy I would earn. This is true even for Greg the consistent flaker.

Where Blockchain Comes in

The Bitcoin blockchain has unlocked the discussion of money all over again. Hopefully it will create a step towards self sovereign wealth.

But what about reputation? We never created an adequate tool for that. The “village reputation” model is impossible in today’s globalized world and the existing reputation models are weak and flawed.

It seems intuitive that I should be rewarded by society for a lifetime of integrity and that violators of our agreed moral codes should have to work harder. But if this tool is needed, why didnt we create it? Some things are made for profit, and a tool like this doesn’t have high profit potential. The few background check systems we do have are not big businesses and they are using the same inconsistent prison data mentioned before. And if the system were made, it would suffer from the same problems we see in centralized systems; the cost of failing in reputation management would be too high for any private company to bear and we would always be suspicious of their scoring methods.

Blockchain is specifically useful here for the issues we mentioned in creating this system. Transparency and decentralization would create the trust required for a system like this to exist. Incentive models would help solve the monetization issue surrounding reputation ledgers.

I’d like to leave you with a few questions to ponder: