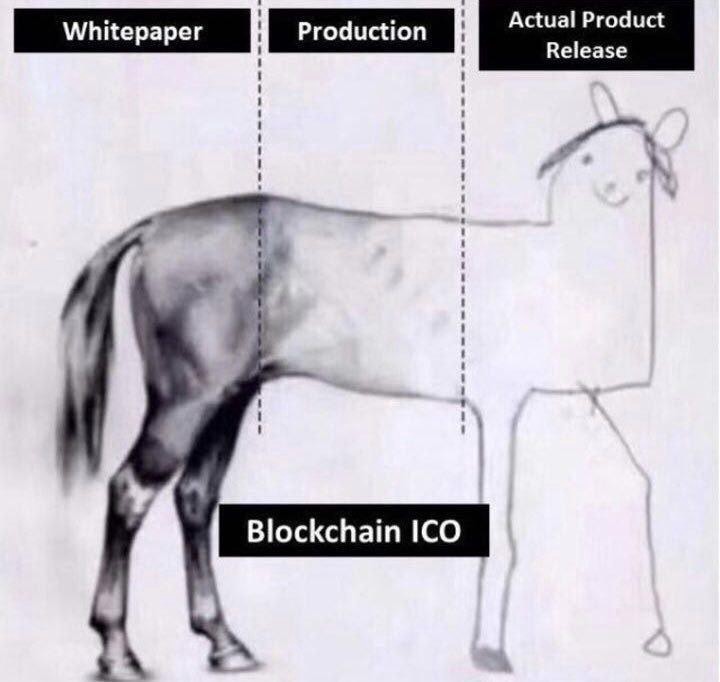 If 2017 was the year of the (initial coin offering (ICO) and the debut of blockchain to the mainstream (largely via Bitcoin), then 2018 should be the year of shipment — of delivering value and making good on promises. The ICO rapidly gained traction as a revolutionary way of raising money around an idea and we saw thousands of companies clamoring for the flood of dollars and spotlight. But what was notably absent — yet absolutely crucial — was the ability to get to market and educate and communicate with consumers. In this article, we want to share some lessons from last year and reflects on how serious blockchain companies can find their edge and champion an industry with a global audience.

Integrity is incredibly important for anyone working in the blockchain ecosystem. With the rise of ICOs and the number of companies that have not been able to execute on the vision that they’ve promised coupled with terrible UI/UX, customer service and straight-up scams — the public’s opinion of the space is saturated with skepticism and frustration. While nearly any company can wax poetic about “short-term gains,” long-term success is earned through trust and respect. If company leaders don’t hire employees with integrity (or if they are out of integrity themselves), the chance of their company lasting in the long term is close to null.

While developers and product visionaries are key figures in the development of a product roadmap, hiring the right people to actually execute and communicate that vision is critical. A number of companies are hiring people to lead cross-functional teams who have never stepped foot in a technology company, launched a product, or spent any time in a particular function like marketing, sales, or operations. To make matters worse, many of these newcomers are in charge of leading the strategy of a company in a new ecosystem and are not set up for success. You don’t have to look far on LinkedIn to notice how many people went from non-technology roles and industries to “ICO/Blockchain experts.”

Even worse, many companies haven’t hired anyone except for developers or technical teams.

The biggest gap, which is continuing to grow in this space exists between developers and everyone else, with both sides wondering why they’re lost in translation. While we understand that advanced conversations about the ecosystem are important for the advancement of the ecosystem, don’t assume that people will naturally understand the 3.0 conversations if you’ve lost them on 1.0.

Overcomplicating your messaging and using technical jargon just means that you’re going to have far fewer people join you on the ride. If your aim is to market your product to developers, that’s fine, but if you’re working with consumers and businesses, we can promise that you’re going to lose people and create confusion and frustration along the way if you create a message that’s overly technical and lacks relatability.

While the majority of ICO-backed companies have raised enough capital that any non-ICO startup would envy, the vast majority of these companies are not executing on the roadmaps they’ve promised. Post-ICO, companies seem to fall off the face of the web. While this is not much different than the average startup failure rate (95%), what companies in the blockchain space have is capital — which also leaves a lot of investors and consumers wondering how they’re deploying their capital.

Of course, private companies don’t have to share their financials, but without any system or infrastructure to oversee how funds are being allocated and spent — especially with many first-time founders — the chance of misappropriation is possible and likely. What the ecosystem needs are well thought out product roadmaps and execution/go-to-market plans with milestones to share with their customers on a consistent and regular basis, similar to most technology companies with forced accountability via investors and shareholders. Luckily, the ecosystem has created the SAFT, and other legal agreements, like the Token Debt Payable by Asset (DPA), which protect investors by only making capital available to companies once they’ve hit specific milestones. Execution is the straightest, simplest path to demonstrating integrity. Both investors and customers should be asking the right questions to hold companies accountable to their mandates.

#3 SHIP…something — don’t wait until version 5 to launch your product.

While some companies legitimately do need more time to execute their roadmaps, especially since blockchain is immutable and irreversible, which makes the lean startup “fail fast model” difficult to execute, many companies fall into one of two camps: 1) They either have no product to show and don’t have the right team or skill sets to execute on their vision and fall into stagnation and slow demise or 2) They have been building, but are waiting until version 5 is available before sharing the news with the world. While that might make sense in some cases, a majority of companies fail to get the feedback they need by not sharing earlier versions of their product. Show your customers and investors your progress. The worst thing a company can do is nothing, and communicate nothing, which is a trend we’ve noticed over the last 6–9 months from a majority of companies in the space.

#4 The story you tell is essential.

Blockchain is so new and disruptive, that not only are players in the space straddled with educating the market about an entirely new thing, but they must do so in the continuous face of uncertainty (i.e. regulation), broadening myth gaps (i.e. blockchain enables criminals and the dark web), skeptics, and straight-up haters. Companies in the space must balance speaking to deeply polarized audiences, enthusiastic technical communities, swarms of fake and fraudulent spammers, and a mainstream that is still scratching their head about this “Bitcoin thing.” All that is to say, positioning and marketing blockchain products and services is hard. But that’s also what makes it essential.

Many of the more prominent and promising blockchain companies are formed by technical people, and developers don’t have a hard time talking to other developers. It’s positioning the value and promise in a way that makes sense to everybody else that poses the problem. And everybody else is what’s needed to create true adoption and true disruption on a significant scale, at least the kind of scale that was imagined by Satoshi.

To craft effective positioning, outside of the developer or crypto-enthusiast community, requires hiring people who can first translate and explain the underlying value and then persuade the market. They’re tasked with persuading people to move out of deeply entrenched centralized systems of trust into new systems of trust. Revolutionary technologies can’t transform the world if we can’t communicate the right story. Blockchain may upend how we transact with and trust in the world, but the story we tell about it is the vehicle that gets people on board. Blockchain companies need to be clear about their product, care about the story, and find the right people that can decode and educate their market.

#5 What to avoid in your brand identity.

Once you’re clear about what you’re building, for whom, and why, how you tell your story is the next key piece. Because we saw a lot of ICOs last year and not a lot of shipped promises, there are a couple takeaways that really stand out in terms of positioning, marketing, and brand identity.

Your whitepaper is not marketing material. But you should be able to extract, translate, and clearly communicate the value of the technical proposition. A longer whitepaper doesn’t equate to sophistication and there’s a difference between a marketing whitepaper and a technical whitepaper. Long decks and whitepapers often (but not always) means that there is confusion over the message. Saying less is actually saying more when you launch a product. To be taken seriously in this space requires thoughtfulness and an understanding of how to move an idea to market.

You can’t stand out if you look and sound the same as everyone else. The use of buzzwords and visual homogeneity are rampant in the blockchain space. Visit the websites of the top 15 market-cap tokens/companies and you’ll see what we mean. It’s not a brand strategy to dawn the same blockchain aesthetic as everyone else (spacey, futuristic, geometric) and believe that people will get you. If you want to be unique, go through a true exercise of brand self-discovery and craft an identity that it is original, ownable, and most importantly, authentic. Brand is the relationship the outside world has to you — so it stands that when you deeply understand yourself, the rest of the world will be able to as well. And once that degree of self-awareness is achieved, you’re ready to create all possible expressions of the brand, from your logo to your website, to every message you ever put out.

The first half of this year has been sobering in regards to the flow of capital and degree of hype in the space. It’s bad news for people wanting to make an easy buck but good news for those that are serious about what they’re building. Because the blockchain is immutable and irreversible and open-source, companies need to find the right balance between shipping product features and communicating their progress to their customers and investors. Simply saying nothing perpetuates the negative publicity surrounding the blockchain/ICO industry.

Educating the market has never been more important and those who show up with integrity and authenticity and combine that with getting a product to market will be the winners when blockchain eats the world.

Lauren Lee Anderson is the founder of Moonshot, an agency bringing creative storytelling and strategic branding to companies who aim to build trust as they disrupt. Focused on the people, tech, and ideas from beyond the status-quo that shape the meta narratives of our future.
Twitter: @moonshot_us

My book “Product Marketing Debunked. The Essential Go-To-Market Guide” is available on Amazon!