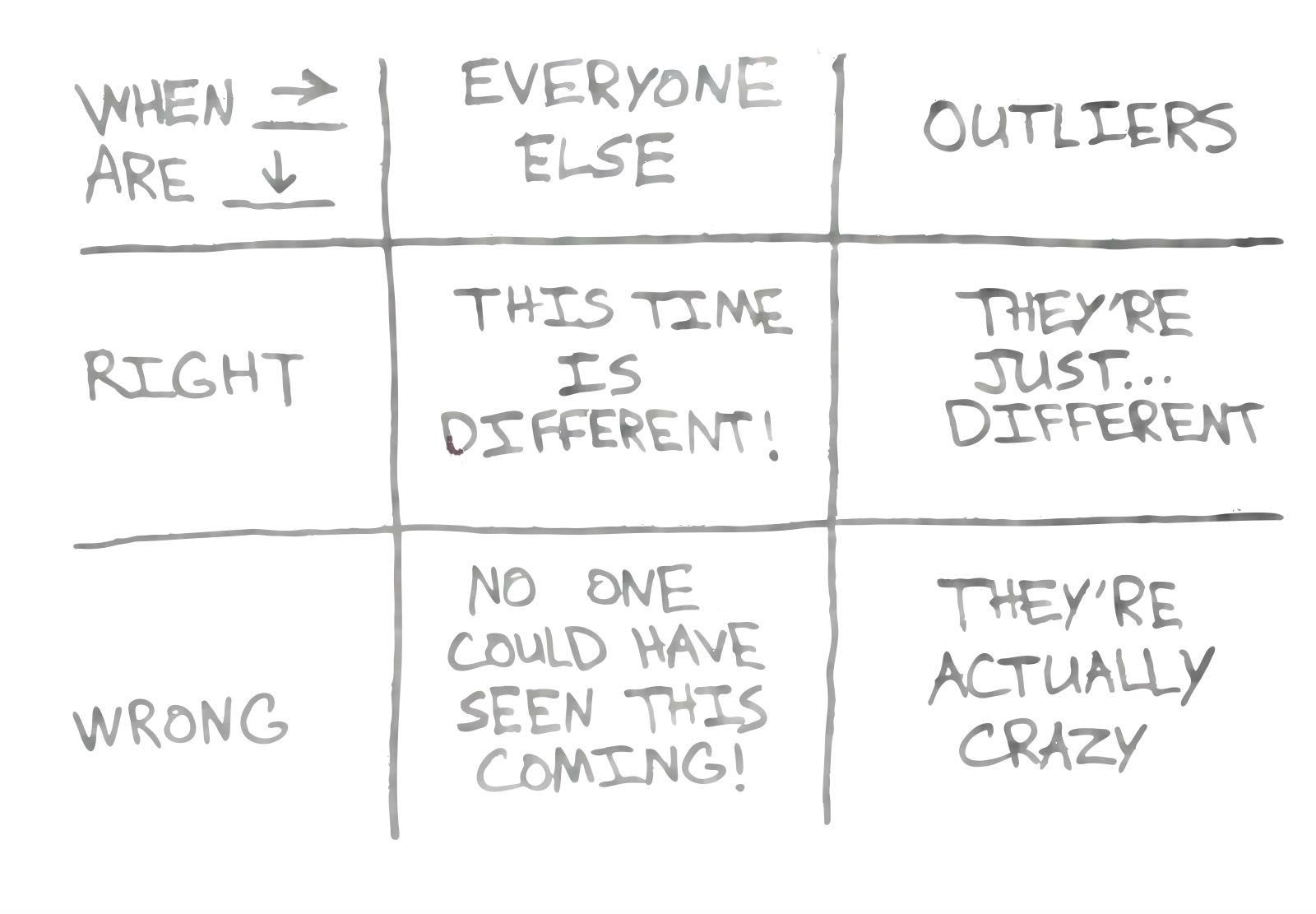 A few weeks ago I attended the annual conference for a large global investment firm. A panel discussion had just ended, and I was sitting in the atrium outside the main ballroom when I noticed one of the founders of the firm standing nearby. I introduced myself, he asked about my background, and the conversation could have just ended there.

On my flight to this conference, I’d listened to a podcast featuring a venture investor I admire. This investor mentioned how one of the first people he raised capital from was the person now standing in front of me— and that he gained the conviction to invest in a short amount of time.

I couldn’t let this conversation end without asking one more question.

There’s a fine balance to be had between taking meetings, and reading/writing/working through life’s never-ending kanban of activities. I don’t think I’ve found that balance, and I don’t think I ever will. Much of the year’s been spent in meetings, trying to re-learn the private equity landscape (which may also be impossible).

These meetings are generally with the people raising investment funds across the wide spectrum of strategies within private equity: middle and lower-middle market (there’s a difference apparently) buy-outs, growth equity, venture capital, distressed debt, turnarounds, et cetera et cetera. There are the groups that shift between industries, or they’ll specialize in one (or two or a number stretching the definition of “specialize”). Some will tout their internal consulting resources, and others will explain why not being operationally-involved is actually a value-add. However, all believe theirs is the way to risk-adjusted glory.

These funds have seemingly, incredibly, found many ways to differentiate themselves from each other. Last year Brad Feld had several thoughts on this fund differentiation though, as it pertained to venture capital. I’ll just include his entire monologue here:

There are over 500 seed funds in the market right now. Maybe there’s a thousand. Many of them are angels raising a VC fund. Others are entrepreneurs / operators raising a VC fund. A few are existing VCs who are starting a new firm. I don’t even know what differentiation means anymore as it all blurs together. The operators say we know how to run businesses and help the CEOs that way. The angels say look at the deals we’ve done and the networks we have. Everyone describes the expertise they have around whatever the current hot new technologies are. Regional funds are trendy again. Differentiation is bullshit at this point — the only thing that matters is strategy and returns. And many of these funds / GPs have no realized returns, so all that really matters is strategy.

His assessment may sound tough, but it’s still fair, and applicable beyond just venture. Returns differentiate — if they’re real. That is, you need to be able to buy a beer with them. If you can, and they’re consistently higher than your peers, then maybe you’ve discovered a winning and repeatable strategy. But maybe not. And the top of top quartile performers who may have discovered those strategies are long since closed to newcomers.

If the returns aren’t real, then they’re just a consideration. Promising, full of potential, but still another issue to understand. Only when an investment is put up for sale does the market get its chance to determine the real value — until then, they’re well-educated guesses. Our capital has a high cost, and we need to believe the market-clearing value of those investments will eventually exceed those costs.

The different strategies these investors use follow have their own distinct patterns — the range of returns in venture is far wider than that in buy-outs, for example. Those strategies are differentiated from each other by definition, generating returns by accepting different types of risk.

When you travel the next level deeper however, and compare investors within each of those subsets of private equity, you realize the differentiation generally disappears. Robert Smith said, “Software companies taste like chicken.” He could be referring to private equity firms as well. There are fewer and fewer unique how’s to achieving high returns, as investors compete each other away into riskier and riskier types of assets. For instance, having an internal team to provide operational support to your investments once separated firms like Vista Equity Partners or Andreessen Horowitz from their competitors; now it’s more the status quo. The only place where true differentiation exists is by staying on the edge, pushing the boundary of the anticipated and expected.

If you’re standing apart, looking around and finding yourself alone at the edge, then you may actually be differentiated — which doesn’t necessarily mean you’ll be right. But at least you won’t be average.

“So I was listening to this podcast on my flight here, and the venture investor on there said you were one of the first investors to commit to his fund. How did you gain the conviction to invest so quickly?”

“Well, what he was doing was just so different from anything else out there. And, I want to see young investors succeed.”