Storm To Perform: The 4 Stages Of Team Productivity 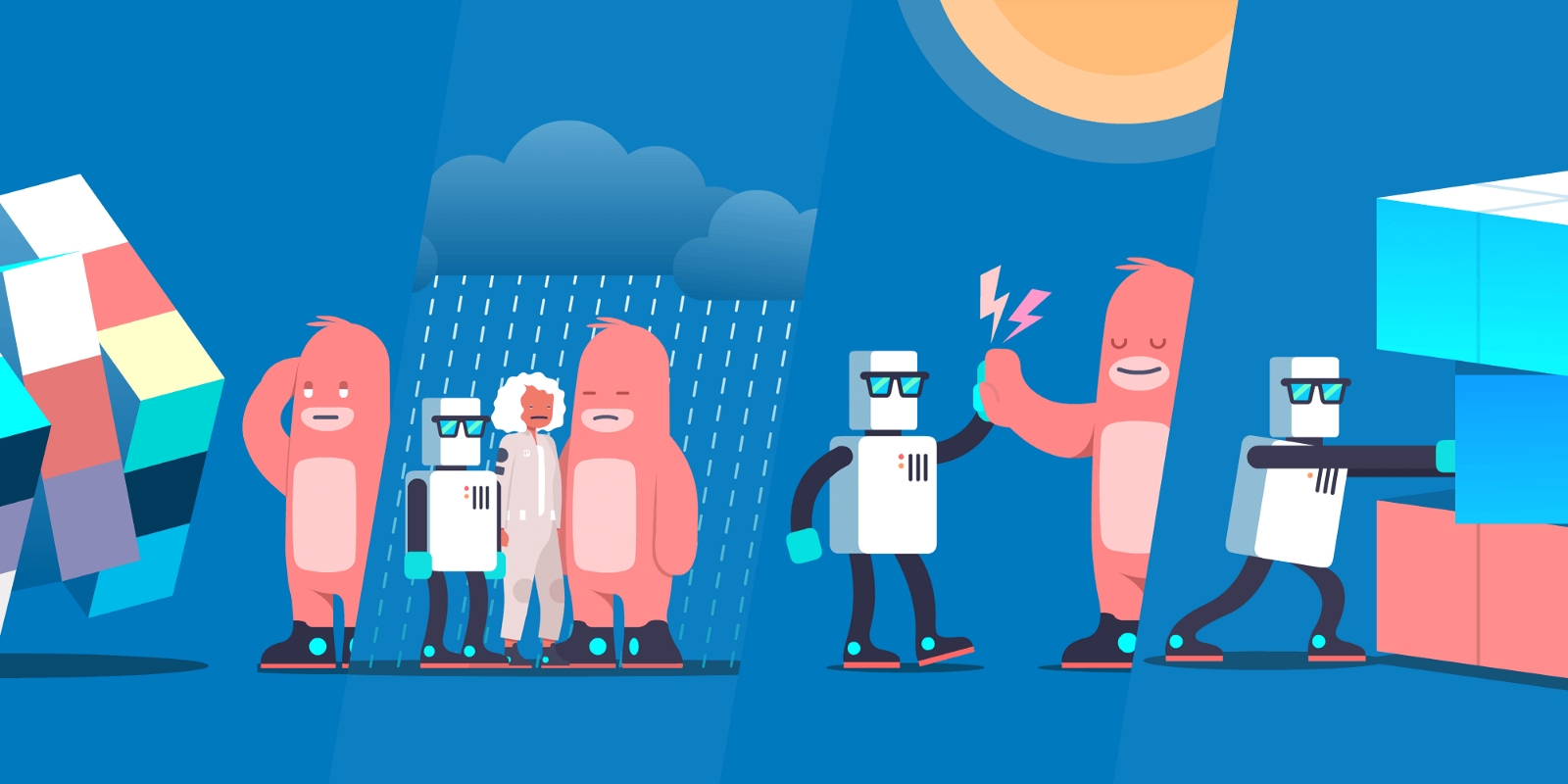 Great teams get real with each other, warts and all

How do great teams make history?

Looking at the track records of great teams like the original Apple I team, the 1969 Miracle Mets, and NASA’s Space Task Group (the true fabric of that teamwork being more recently revealed thanks to Hidden Figures), it’s obvious they went above and beyond the average achievement level typical of a group working together. But how did they get there?

According to group development theory, team dynamics play a big part in pushing people past average and into exceptional success. The goal of maximum productivity is why one theory in particular has become a core teaching in the field of project management — it lays out some pretty straightforward reasons why some teams get to their productivity peak, and some don’t.

Borrow insights from this teamwork theory, and you might finally understand how your team can push past average and unlock a higher level of productivity together.

The goal of Tuckman’s Stages model was to help project leaders understand how their team members were building relationships together. As it turns out, people approach tasks differently depending on the quality of their relationships with their co-workers.

Although these four stages take teams on the journey to high performance, team development is not a linear process. As new elements are added or subtracted, the dynamic is altered.

Depending on the personalities and experiences of its members, a team may be able to absorb new elements with less (or more) friction. Teams can move forward and backward in the group development cycle, and even remain stranded in a less developed stage (yikes!). Oh, and all of this affects productivity.

Tuckman’s model is a framework for identifying behaviors on your team, but, as noted by MIT, it shouldn’t be used to “box” the team into a profile or “diagnosis.”

First days at new jobs, first assignments with new bosses — the forming stage of teamwork is all about first meetings and first impressions. Everyone is on their LinkedIn-esque best behavior.

At this initial stage, the team is essentially a collection of individuals beginning to think about the project and the role they’ll fill. Each person is operating from their personal vantage point, focused on the “what’s in it for me” reasons for joining the team.

Since everyone is off on their own island, it’s up to the team leader to kick off the team direction and paint a picture of the work to be done. Opportunities and challenges are discussed, and goals are laid out. What everyone needs most is a clear understanding of their part in the journey.

But it’s not just about business. A solid snack selection helps too. Getting comfortable with each other leads to connections, and connections pull people out of their individualistic attitudes. Part of this is leading them to realize that their new team members are bringing skills to the table that help everyone to succeed in a way they couldn’t do by themselves. Setting goals together puts these skills and interests into the open.

Give this a try: 5 Team Building Exercises For Setting Goals You’ll Stick To

The other part is building emotional connections. People do business with people they like, so find ways to bond over Netflix dramas, recent vacays, and the best coffee apparatus on Amazon. You’ll get your team working together faster and with less handholding if they are motivated to interact with each other during and in-between meetings.

Talk it up with these tips: 5 Fast Team Building Activities For Remote Video Meetings

Overall, in order to get to real productivity, teams need to move past the small talk and be ready to engage on a more real level, potential conflict and all.

At some point, the honeymoon is over. A deadline is missed, a launch doesn’t go as planned, or maybe it’s just that the workloads are heavy and it’s been too long since the last long weekend. Some team members may no longer be enthusiastic about all of the goals set out at the forming stage. The triggers will vary, but discord is inevitable: Most teams go through the storming stage in some form or another.

There will be conflict, polarization of opinions, sub-grouping by personality or work style, and a range of discontent from private frustration to flat-out confrontation. Fair warning to team members (and leaders) who don’t like conflict — things will get awkward. But if teams can’t identify the issues, communicate constructively, and work to resolve them, they will get stuck at this stage.

Sometimes a little conflict is needed to suss out weak spots in projects, to help team members discover the roles they really want, and push each other to prove out their ideas. But constant storming leads to destruction of productivity, projects, and ultimately, the team itself. It can help to try different tactics to promote teamwork without direct confrontation.

Think outside the teamwork box: Ways To Get Better Ideas Out Of Group Brainstorming

It’s also worth noting that teams can revert to the storming stage when major conflicts or shifts to the status quo occur, like exiting employees or larger company directional changes. (And beware the wrath of cutting out Free Lunch Fridays.) In these cases, it helps to have a little empathy for the shifting experiences of your team, which make it harder to focus on deep work and can feel unsettling from a job security or validation standpoint.

The key value to emphasize in the team is positive intent. This is to say that, even when things aren’t going smoothly, each person should assume that their “challenger” is coming from a good place and is trying to act in the best interest of the team. Each team member should also try to analyze their reason for inciting potential conflict from the other person’s point of view.

Interpersonal pain points are all kinds of awkward but they are not the norm. That comes next, if teams are able to communicate productively and find a way to work together.

Stage 3: Norming Out The Kinks

For teams who can problem solve and find a way to complement (rather than counteract) each other, the smooth road of understanding and acceptance of the team dynamic is what’s around the corner.

Getting to the Norming stage takes a healthy dose of observation, identification, and action on things that are working (and not working). At times, it might feel like after-school-special group therapy, but as we discovered in a recent survey, professionalism can’t patch over a team’s underlying emotional connections. Teams that perform are constantly working out things like communication preferences, recognition of achievements, and workflows.

For leaders looking to lay out the groundwork for this dream team scenario, promoting positive emotional intelligence among their reports is a great first step. In one analysis, three team attributes in particular lead to healthy interpersonal EQ in a team: Trust, group identity, and a sense of group efficacy. Normalizing this team trifecta is not only possible, there’s a handy chart to follow below.

Chart out your dream team: The 9 Emotionally Intelligent Norms Your Team Needs To Be Truly Productive

Attributes like trust, understanding, and support are also built by the little, everyday things that make a group of people into a team. Make time for watercooler chat in a way that works for everyone, so there are group topics that everyone can laugh over.

Stay in touch: How 15 Minutes A Week Can Keep Your Team Connected

The performing stage is when the synergy comes in. Oh yeah, cheesy terminology and all.

Here are just a few things you can look forward to in the Performing stage:

In other words, when team dynamics are good, productivity is really good. Most interestingly, performance doesn’t mean there won’t be conflict. Team members will still challenge each other, but that dissent is delivered and accepted from the “positive intent” perspective that means that challenge can actually push a team to be even more successful.

The best thing a leader can do here is to empower team members to get everything they need to be the most productive and innovative as possible.

Know your team workstyles: Maker vs. Manager: How To Schedule For Productivity Styles

Just because your team is grooving, you shouldn’t stop investing attention into team development. It’s always possible to revert back to an earlier stage when factors change, or a team member withdraws from the group effort for personal or interpersonal reasons.

It can be hard to let go, but great teammates never assume that someone else will handle a problem or catch a mistake. The scientific term is “social loafing,” and it’s a possibility for even high-performing teams when people get silo’ed into their specific responsibilities.

Stay alert: The Secret To Removing Social Loafing From The Workplace

Finally, don’t forget to celebrate your performing prowess! Be sure to validate great teamwork early and often, even if it’s even more often now that your team is on top of its game.

Bonus fact: A fifth stage, Adjourning, was added a decade later to represent the dismantling process when a project is completed and a team phases out of working together.

A key factor in keeping your team on the right track is transparency. Why not talk about Tuckman’s Stages model at your next team meeting? Knowing why things might feel stormy around annual planning time, or how you developed that awesome teamwork right after your group dinner last month, might help your team intercept habitual behaviors and interactions before they sabotage productivity levels.

Plus, it gives you a legitimate reason to pass out motivational posters that say “Teamwork makes the dream work!” Or… not. That’s up to you. 😜

Next: The Blueprint For Building Productive Teams [Free Guide]

This article, and many more wordy things, are published first at blog.trello.com. 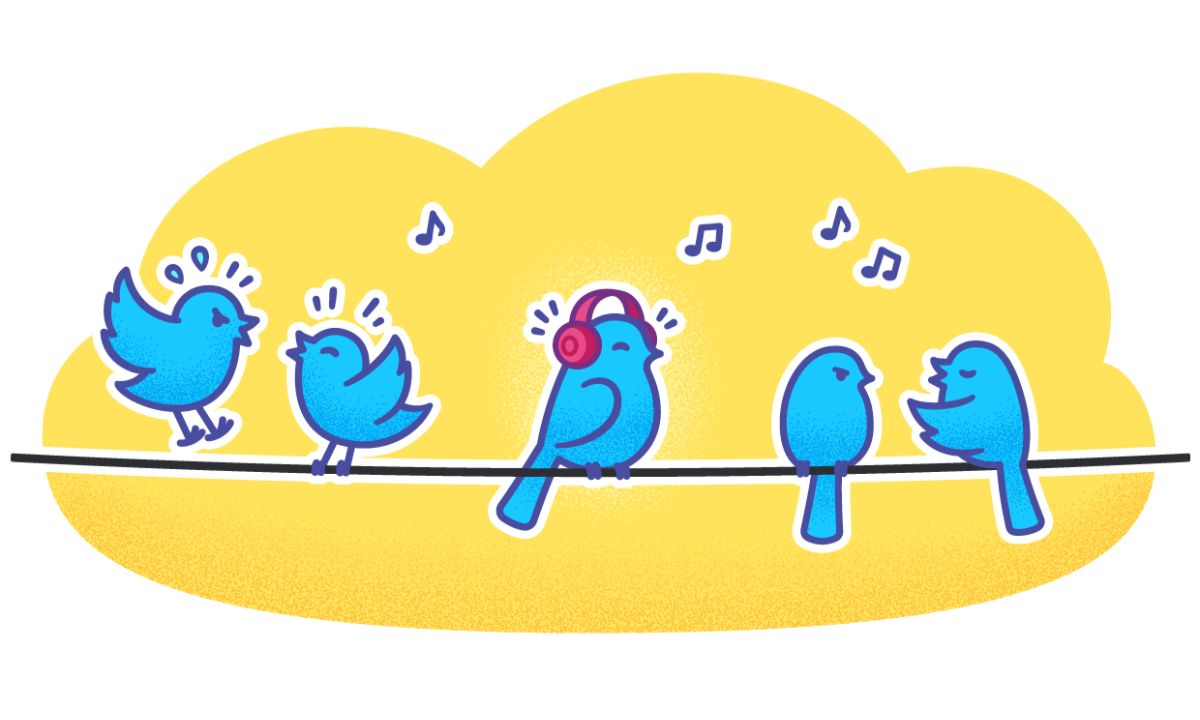