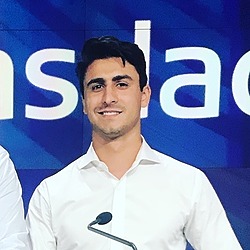 China has been the country of choice for e-commerce entrepreneurs looking for products for years. Whether you want to buy something that’s already been manufactured or you’re looking for a manufacturer to make your own product, it’s the top choice because of manufacturing capabilities, human capital, low labor cost and sheer volume.
That has begun to change …
With a high-profile trade war between the United States and China taking place, entrepreneurs are beginning to hunt for other options.
Tariffs are taking their toll on both countries, and even companies like the traditionally Chinese-manufactured Apple are moving parts of their process elsewhere.

Companies that have spent years building up a supply chain are now forced to examine alternatives.
Now is the time to start figuring out what the other options are—have at ‘em:

Thailand is one of the more diverse manufacturing countries in Asia, and unlike some of its neighbors it has the capability to do medium and high-end work in sectors like electronics and automotive. The country is already a hub for automotive manufacturing, turning out around 2 million cars per year.
In addition, Thailand has also been putting a lot of effort into automation and robotics. Between generous grant programs and education for younger innovators, their work seems to be mostly aimed at building a strong long-term foundation, not just buying machinery from other countries.
That bodes well for Thailand’s status as a manufacturing hub in the future, as well.
With China and the United States being embroiled in struggle and many other Southeast Asian countries not having the same strength in high-end manufacturing, Thailand is well-poised to take a leap forward.

Vietnam has been more than happy to step into the void China is leaving. Though the trade war has accelerated the pace, Vietnam has slowly been picking up slack from China’s manufacturing sector for a while now.
It may take time to get completely up to speed, though. Vietnam has been the country of choice for companies trying to move out of China, but with the pace speeding up they’re finding it hard to keep up with the amount of skilled labor required.
Samsung has been in the country for ages, investing billions of dollars in infrastructure and training. Textiles and sneakers moved long ago as Chinese labor costs rose. But Vietnam’s much smaller, both in population and in land mass.
The long-term future is bright. Vietnam is well-positioned to take the business China is losing, and they’ve wanted to move into higher-level manufacturing for a while. But with crowded transportation and lack of labor, it might be hard to get in for now.

For US-based companies, Mexico has some distinct advantages. Labor cost is lower than it is in the United States, though higher than a lot of Asian countries.
It’s been a center for American manufacturing of high-quality electronics, aerospace and automotive components for a long time, and many companies are shifting what they can of their Chinese industry to Mexico, where ease of access may help them break even with increased Chinese prices due to tariffs.
After the 1960s, manufacturing became a growth sector in Mexico, and with NAFTA it only expanded. There are strong manufacturing sectors in both the west and the east of the country.
Though there have been some issues with overall education of the workforce, plenty of companies still buy from Mexico, although it may be easier for larger companies than small. It’s worth contracting with someone who knows the landscape if you want to source from Mexico, but it’s worth the effort.

Bangladesh is known for one thing in particular: textiles.
The low-cost, low-intensity bottom end of manufacturing, the textile and clothing industry has traditionally chased markets with high population and low labor costs, and Bangladesh has that in spades. Behind China it’s the second largest ready made garment exporter in the world.
With its huge labor force, Bangladesh is working towards becoming a middle-income country by 2021, and to that end they’re trying to expand their manufacturing base.
It may be hard to get high-quality goods here for the moment, but if you’re looking for anything clothing-based or lower-tier commodity goods, Bangladesh looks like a place to keep an eye on.

India is perhaps best placed to step into China’s place over the long term, as its huge population and burgeoning tech sector can attest. But it remains to be seen whether or not it will. It ranks very high in terms of potential but has traditionally lagged behind what one might expect.
The current Indian government has begun an initiative called “Make In India,” which is working to boost the manufacturing sector to 25 percent of GDP by 2022.
Now may be the time to get into India, as they work on tapping their potential. Though India has suffered from issues with productivity and workforce education in the past, they’re working their way through them and there seems to be a renewed focus on building up the manufacturing sector …
And it’s not a moment too soon.

The USA is still the world’s second largest manufacturer by value added, and it’s particularly valuable for high-quality goods that require a well-trained workforce. It’s long been a leader in aerospace and automotive, two of the more technically-demanding types of manufacturing.
There are plenty of companies who are very capable of creating any product you might be looking for. Logistics can also be easier due to the robust transportation network and easy access to one of the biggest e-commerce markets.
The downside of sourcing from the United States, of course, is significantly higher labor cost, and some sectors are underrepresented (for instance, textiles). But if you’re looking for a high-quality good that people will pay a premium for, the United States might be worth resurrecting as an option.

Though companies have been moving production from China for a while even before recent American tariffs, the process has been slow—mainly because China has become so good at what it does.
“Made in China” is far from the byword it used to be, as even luxury goods manufacturers have moved production to Chinese facilities. Their supply chain is well-established, their workforce is massive and getting more educated all the time and factories are becoming ever more sophisticated.
Most other countries are coming from behind. But with economic pressures and tariffs mounting, the countries we’ve gone over here and others are well-positioned to step into China’s shoes.