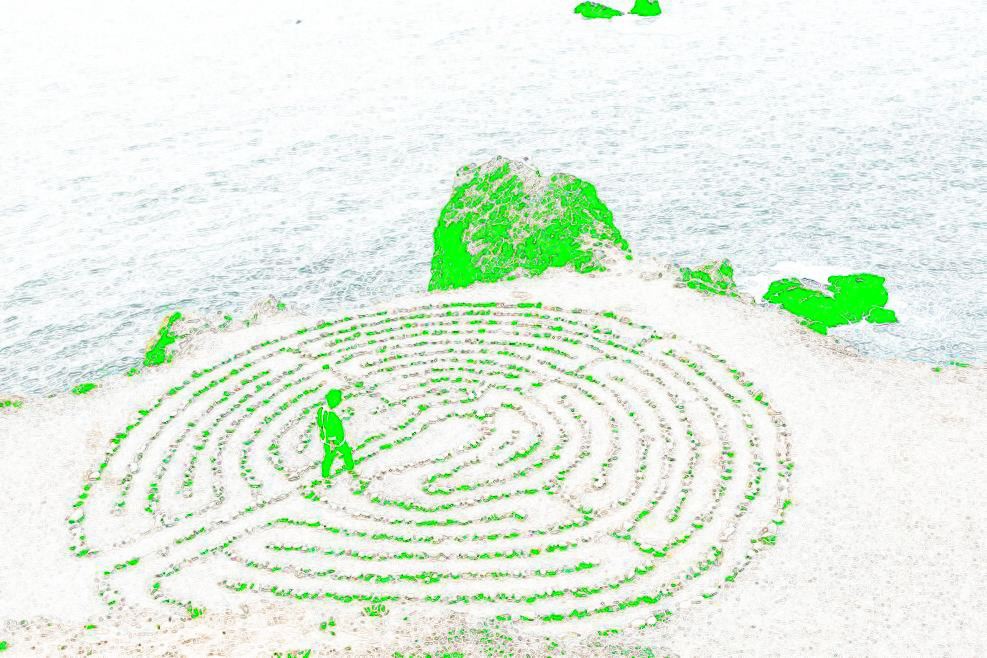 The words “spirituality” and “programming” aren’t usually used in the same sentence. But I grew up in a household that promoted meditation and thoughtful reflection. My dad had a small meditation room that we used, and my brothers and I spent time meditating from a young age.

One of my brothers is a musician now, and the other works at a tech startup in the digital mental health field. We’re all different, but I see all three of us approaching the world with a high level of intellectual and spiritual curiosity.

I honestly believe that growing up in a spiritual household where meditation and reflection were the norm has made me a more intuitive programmer.

It Fostered Intuition And Curiosity

The curiosity that fuels my projects is partly influenced by growing up in a spiritual home. My parents created an environment where spiritual and intellectual curiosity was encouraged.

I’ve noticed that when my brothers and I do things, whether it’s a creative project or a tech project, we have a desire to observe other individuals and their interactions. We’re curious. We want to consume that knowledge and learn from it.

And that curiosity also helped teach me to rely on my intuition. There are plenty of things (frequencies, wavelengths) that are beyond human perception, but that doesn’t mean they aren’t there.

Think of the range of sound frequencies that a dog can hear, but we can’t. Yet, if you’re paying attention — and you realize that all the dogs in your neighborhood are going crazy — you’re extending your perception. You intuitively know that something is happening outside of your normal range of perception.

Programming requires you to work with complicated systems that interact in complex ways. Having a high degree of intuition and perceiving those interactions is critical to a programmer’s ability to design complex chains of cause and reaction.

Growing up in a home where intuition and curiosity were nurtured absolutely helped me develop those necessary skills.

I Learned The Rules — And How To Break Them

I’ve always been interested in the rules and complexities of different subjects. Growing up in a spiritual household heightened my perceptions of different systems and their interconnected relationships.

Before I got into tech and programming, I was very into English literature, critical theory, symbolic systems, writing, and linguistics. That’s actually what I studied in college. But, even before that, when I was a sophomore in high school, an English teacher gave me some advice that stuck. She told me,

“You need to learn the rules before you can break them.”

She was talking about grammar in that instance, but I think it’s applicable to coding — and life in general — as well. You have to have an awareness of the rules and the way things work before you can start breaking those rules.

In grammar, once you’ve learned all the rules by heart, it’s fun — no, creative, rather — to break them. To deviate. To create new forms. I became really obsessed with grammar for a little while, and it was fun to write creatively. It was fun to break the rules.

Once you know the rules, your intuition guides decisions about breaking them.

The same is true for programmers. It’s one thing to write a logical, linear argument — it’s another to be able to write poetry with code.

I Learned When To Deviate

When you know the rules and deviate from them, it’s called creativity. When you don’t know the rules, your deviation from them is just an unintentional act. It could be good, it could be bad — but it’s not creative.

When I broke the rules at home, my parents didn’t ground me. They didn’t stop me from seeing my friends. But they did make me write an essay about what I had done. That kind of alternative approach was critical for developing self-awareness and learning contemplation. It helped me understand what the rules were and why they existed. It helped me understand both sides of an issue.

I wouldn’t say I’m a rule follower, but I’m aware of them. I like learning the rules. I also know that you don’t have to adhere to them at all times.

I started having “aha!” moments as I wrote those essays. I began developing a deep respect for understanding both sides. I began examining rules and their uses in a ways that allowed me to deviate from them more mindfully.

And I believe that all comes through in my programming. All those years of being taught to examine the rules, to follow my intuition, and to carefully decide when to break those rules — it’s made me a deviant, intuitive programmer.