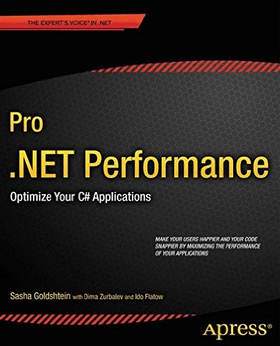 why you should consider using value types

I chanced upon Sasha Goldshtein’s excellent book, Pro .Net Performance : Optimize Your C# Application, a few years back and I thoroughly enjoyed it.

Even though it has been almost 3 years since I read it and I have forgotten many of the things I learnt already but I still remember this line very clearly:

…in fact, even a class with no instance fields will occupy 12 bytes when instantiated…

this is of course, limited to a 32-bit system. On a 64-bit system, the smallest reference type instance will take up 24 bytes of memory!

The reason for this is due to the way .Net objects are laid out in memory where you have:

On a 64-bit system, a word is 8 bytes instead of 4, and objects are aligned to the nearest 8-byte multiple, so the smallest reference type instance in this case will be 24 bytes.

sidebar : The Object Header Word and Method Table Pointer are used by the JIT and CLR. The book goes into a lot of detail on the structure and purpose of these, which for this blog post we’ll ignore. If you’re interested in learning more about them, go buy the book, it’ll be money well spent.

There are plenty to talk about when it comes to reference vs value type, including:

For the purpose of this post let’s focus on how they differ in terms of memory consumption and cache friendliness when you have a large array of each.

Suppose you have a Point2D class with only X and Y integer fields, each instance of this type will occupy a total of 16 bytes (including 8 bytes for X and Y) in the heap. Taking into account a 4 byte reference pointer (again, on a 32-bit system), it brings our total investment per instance of Point2D type to 20 bytes!

If you have an array with 10M instances of Point2D then you’ll have committed 190MB of memory for this array!

On the other hand, if Point2D was a value type then each instance would only take up 8 bytes for the X and Y values, and they’ll be tightly packed into the array without each needing an additional 4 bytes for reference pointer. Overall the amount of memory you’re committing to this array would drop to 76MB.

Whilst there are no inherent differences in the speed of accessing stack vs heap allocated memory (they are just different ranges of addresses in the virtual memory after all) there are a number of performance-related considerations.

The stack is self-managed in the sense that when you leave a scope you just move the pointer back to the previous position and you’d have “deallocated” the previously allocated memory.

With heap allocated memory you incur the overhead of a rather sophisticated generational GC, which as part of a collection needs to move surviving objects around to compact the memory space (which becomes more and more expensive as you move from gen 0 to 2).

sidebar : I remember reading a post a few years ago that discussed how the StackOverflow guys went through their entire codebase and converted as many classes to struct as they can in order to reduce the amount of latency spikes on their servers due to GC pauses. Whilst I’m not advocating for you to do the same, just to illustrate that GC pauses is a common problem on web servers. The Background GC mode introduced in recent .Net releases would have reduced the frequency of these pauses but sensible uses of value types would still help in this regard.

On the stack, memory density is higher

Since value types don’t have the overheads with reference types — Object Header Word and Method Table Pointer — so you’re able to pack more objects in the same amount of memory.

On modern hardware, the entire thread stack can fit into CPU cache

When you spawn a new thread, it’s allocated with 1MB of stack space. Whereas CPUs nowadays comes with a much bigger L3 cache (e.g. Nehalem has up to 24MB L3 cache) so the entire stack can fit into the L3 cache which is a lot faster to access compared to main memory (have a look at this talk from Gael Fraiteur, creator of PostSharp, to see just how access time differs).

For better or worse, modern hardware is built to take advantage of both spatial and temporal localities and these optimizations manifest themselves in how data is fetched from main memory in cache lines.

Consider what happens at a hardware level when you iterate through an array of 10 million Point2D objects. If Point2D was a reference type, then each time you iterate over an instance of it in the array:

notice how much work goes wasted here due to reference jumping?

On the other hand, if Point2D was a value type with only X and Y values (8 bytes):

the CPU is able to read 8 objects from one fetch vs. 2 fetches per object!

To see how this cache friendliness translate to performance numbers we can easily measure — execution time. Let’s consider this simple example:

Here is the result of running the tests above in release mode:

or in tabular format:

As well as the additional memory overhead, it’s also over 10x slower to create and 3x slower to iterate over an array of 10 million objects when they are defined as a reference type.

You might say “well, these are still only milliseconds!”, but for a web server that needs to deal with a large number of concurrent requests, these margins are very significant!

In some areas of software, such as high frequency trading or arbitrage trading, even nanoseconds can make a big difference to your bottom line.

sidebar : people are doing some really funky stuff in those areas to gain a slight edge over each other, including:

It’s an area of finance that is genuinely quite interesting and I have heard some fascinating tales from friends who are working in these areas.

Using value types sensibly is a very powerful way to improve the performance of your .Net application — this is true for both C# and F#. Without going overboard, you should consider using structs if:

In addition, here are some tips to help you “get value types right”:

In the next post we’ll look at some pitfalls wrt the use of value types, and why we have the best practices above.

Scott Meyers did a great talk on CPU cache at last year’s NDC Oslo and touched on other topics such as false sharing, etc. It’s a good starting point if you’re new to how CPU cache affects the performance of your code.

Martin Thompson (of the Disruptor fame) has an excellent blog where he writes about many related topics including:

Martin’s posts use Java as example but many of the lessons are directly applicable in .Net too. 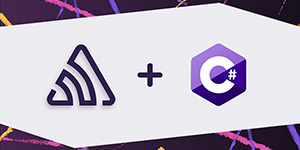