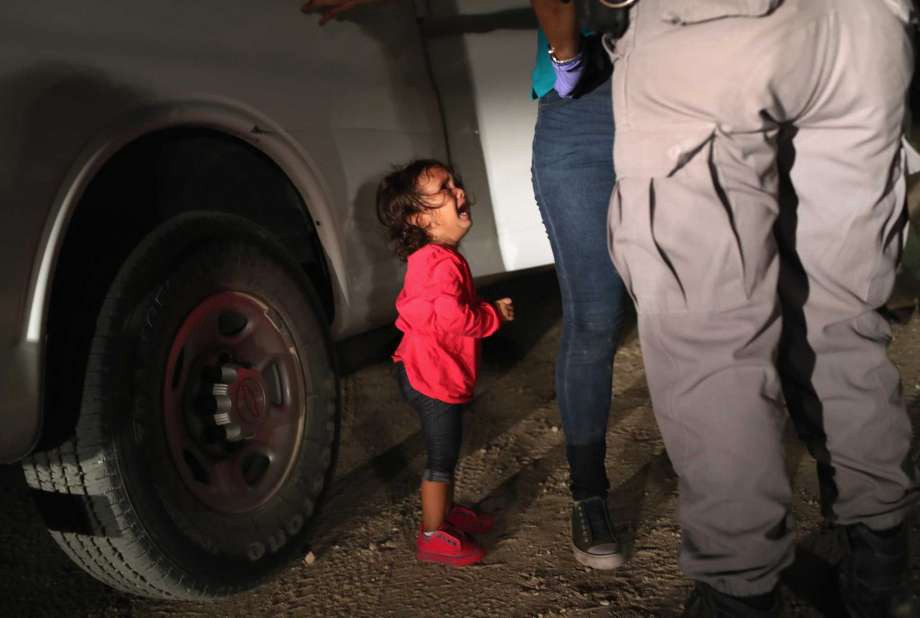 From Twitter’s Jack Dorsey to Airbnb’s Brian Chesky, tech CEOs are voicing they’re opposition to the new US zero-tolerance policy.

The zero-tolerance policy initiated by the Trump Administration last month and the consequent impact resulting in the separation of children and minors from their parents at the border is not just a subject of discussion in Congress. Silicon Valley has been voicing concerns and technology leaders are appalled.

Brian Chesky, CEO at Airbnb, and his co-founders Joe Gebbia and Nathan Blecharczyk, have released a statement — posted in both English and Spanish on Twitter — calling for the US government “to stop this injustice and reunite these families.”

We are a better country than this.

At Facebook, founder and CEO Mark Zuckerber and COO Sheryl Sandberg are fundraising for organizations like the Texas Civil Rights Project and RAICES.

“Listening to the cries of children separated from their parents is unbearable,” wrote Sandberg in a post. “The practice of family separation on our border needs to end now.”

We can’t look away.

According to the fundraising campaign page on Facebook Reunite an immigrant parent with their child, more than 137,000 have so far donated a total of almost $6 million.

Similarly, Jack Dorsey of Twitter has posted on the platform to support RAICES.

Dorsey has also retweeted Ben Wikler of MoveOn.org about ways to make your voices heard, whether through participating in the June 30th protests around the country or by calling your representative in Congress.

At Lyft, co-founder and CEO Logan Green tweeted his and his company support 12 organizations “to help the families and children that are being unjustly separated at the border.” The organizations include RAICES, Texas Civil Rights Project, KIND.

Dara Khosrowshahi, new CEO at Uber, has also tweeted using hashtag #KeepFamiliesTogether. An immigrant too, as he pointed out in his post, Khosrowshaki said that “families are the backbone of society” and that the Administration policy is “immoral and just plain wrong.”

His thoughts are echoed by Sundar Pichai, CEO at Google, who said the policy is “gut-wrenching.”

At Apple, CEO Tim Cook commented from Dublin, Ireland: “It’s heartbreaking to see the images and hear the sounds of the kids. Kids are the most vulnerable people in any society. I think that what’s happening is inhumane, it needs to stop.”

Jonah Peretti, founder and CEO of BuzzFeed, also went to Twitter with a very personal story about his grandmother.

“My grandmother was a refugee who told me the story of being briefly separated from her parents as she fled and the sheer terror of wondering if she’d ever see them again,” he wrote. “The experience was still traumatizing as she shared it 60 years later.”

Amazon’s Jeff Bezos has been vocal about his stance toward immigration, as his father — a Cuban immigrant — came to the U.S as a teenager. He reiterated this message in a tweet on Sunday. According to inc. magazine, alongside his wife MacKenzie, Bezos donated $33 million to TheDream.us, which helps undocumented students brought to the U.S. as children pay for a college education.

Here on Medium, Twilio founder and CEO jeffiel called what the Administration is doing by separating families at the border “a war crime.”

Intentionally separating families is objectively wrong, and we must fight it vigorously. No matter what excuses are made, let’s call this what it is: collective punishment. The practice of punishing family members is not just morally offensive, it’s also a war crime under the Geneva Accord.

Different the situation for Microsoft. As mentioned by Axios, the company “found itself in the crosshairs for not only having ICE as a customer, but also having blogged in January that it was ‘proud’ of that association.”

The company issued a statement:

“As a company, Microsoft is dismayed by the forcible separation of children from their families at the border. Family unification has been a fundamental tenant of American policy and law since the end of World War II. As a company Microsoft has worked for over 20 years to combine technology with the rule of law to ensure that children who are refugees and immigrants can remain with their parents. We need to continue to build on this noble tradition rather than change course now. We urge the administration to change its policy and Congress to pass legislation ensuring children are no longer separated from their families.”

Along those lines also a previous post on LinkedIn by Brad Smith, the company president and chief legal officer.

LinkedIn’s CEO Jeff Weiner also posted on the platform. He shared an article by Annabelle Timsit on Quartz and commented: “The separation of children from their parents at the border is cruel, inhumane and beneath us as a country.”

Related Stories
Subject Matter
How the Washington Post Uses TikTok, and What That Means for GenZ News Consumption by @asandre
#social-media
Why Africa is Becoming the Land of Startup Opportunity by @brianwallace
#investing
5 Examples of AR and VR Use Cases in Our Everyday Lives by @skywellsoftware
#augmented-reality
Why You Should Chase Interesting Problems, Not Money by @daniel-chae
#tech
How to Incorporate an Influencer Program Into Your Marketing Strategy by @shane_barker
#influencer-marketing
Top Free And Paid VPN Services In 2021 by @dmitry.leijko
#vpn