President of Blockchain at Columbia

There has been some debate around the importance of public 'likes' on social media platforms. Let's discuss this further with sociological insights.

Should social metrics (such as “likes”) remain public on social media platforms? There has recently been action by platforms such as Instagram to remove likes from the public eye, meaning only creators would see reactions to their content and no one else. This has been met with substantial support by the online community, but I'll draw on sociologist Goffman’s views on the performed self and Sherry Turkle’s points on authenticity to argue that these metrics of social approval are vital to the sustainable cohesion of online societies.

Public likes are critical in order to produce quality interactions between users. This is clear through the lens of sociologist Erving Goffman, who is well known for his arguments on social interactions in The Presentation of Self in Everyday Life, seeing every interaction as a performance with a stage, actors, and lines of sorts. For the sake of specificity, let us take Instagram as our ‘stage’, imagine the removal of public likes, and pay attention to two of Goffman’s specific points.

First, Goffman argues that a person’s identity is interactional, meaning, among other things, that they understand who they are by the cues they receive from others. This suggests that likes are important in signaling which performances are ‘good’ and which ones aren’t to the user.

This importance is still somewhat satisfied under the removal of public likes, since the user can still see their received likes. But this brings up a question of relativity: what is a “good” amount of likes? If you can’t see anyone else’s like count, how can you be certain about the value of your own performance and adjust?

In the ‘real world’, relativity is critical in weighing signal vehicles: making your grumpy grandpa laugh is a much larger feet than making your baby cousin laugh, because grandpa never laughs. If you’re a high school band, a 250-person turnout to your concert is great news because it would be above average for a band of your caliber, but if you’re a pop star, that same turnout would be quite embarrassing.

The same applies for social media: on Facebook today, my content averages roughly 50% less likes than it did in 2015. This is mostly due to the fact that my friends don’t use Facebook anymore, which is apparent by the decrease in likes my peers receive on their content as well. If I had no idea that their content was receiving less likes, I’d take my decrease in likes as a cue that I am underperforming.

Second, not only is this relative signaling important to the content creator themselves in valuing their performance, but it is vital to the viewers’ ability to do the same. Goffman explains that:

“when an individual enters the presence of others, they commonly seek to acquire information about him [...] They will be interested in his general socio-economic status, his conception of self, his attitude toward them, his competence, his trust-worthiness, etc.”

Users are interested because they need this information in order to know how to interact. The likes of others can very often validate a performer one knows nothing about. Performers know this, which is why they search for this validation even when it isn’t quite required. 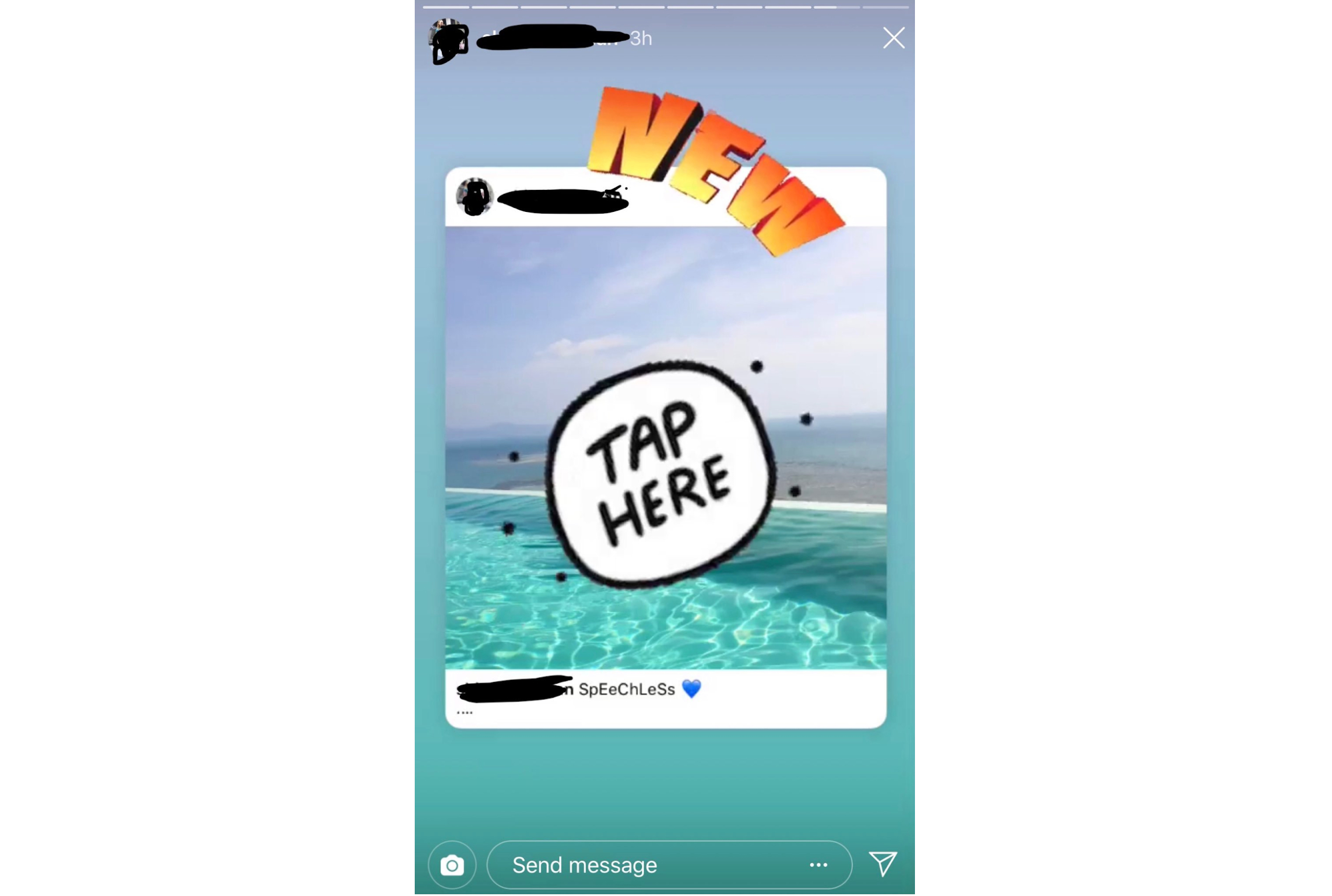 Returning to Instagram, a perfect example of this behavior is the “New Post” content one sees all over Instagram “stories”. IG stories don’t have public social metrics (other users can’t see the like or view count of stories) but have become the primary way of communicating and consuming IG content, so users are now sharing their regular posts as stories in order to drive viewers/likers to their posts and boost their public metrics (see screenshot to left for example).

These posts are often covered in GIFs or text (ex: TAP HERE) to force viewers to engage with the full post in order to see the photo. They could simply share the photo as a story instead of a post, reducing friction, but then they wouldn’t receive any public signaling. This example provides us with two clear insights: first, both creators and viewers benefit from this public signaling, and second, users will always find new ways to earn and display this signaling.

In addition to performance, a key function of public social metrics is to provide a metric of ‘authenticity’ in the digital age. In Authenticity in the age of digital companions, Turkle argues that “by the mid-90s, humans were not alone as emotional machines.” She also points to experiments where kids quickly treated robots as companions deserving of compassion despite being scientifically demystified.

This type of interactions between bots and people will only increase over time, she suggests. But this extends beyond bots to ‘finstas’ (fake IG accounts) and group IG accounts, which represent a fundamental shift in the ‘roles’ online users take during interactions. In this sense, it becomes very difficult to properly attribute authenticity or inauthenticity to any one user. So as the lines between human vs. robot, person vs. group, as well as person vs. themselves begin to fade, what does ‘authenticity’ really mean?

For me, it’s about social value. A username or identity is only as ‘real’ as we allow it to be. If it matters to us as a society, it is in fact authentic, whether or not it has a heart, four hearts, an XY chromosome, or CPU. For example, Satoshi Nakamoto is the still-secret pseudonym used for the creator(s) of Bitcoin.

Today, it doesn’t really matter who Satoshi Nakamoto is/was, but what they represent and what kind of social capital their identity holds. The only information known about Satoshi is their digital footprint and social approval, and so that becomes their identity, the role they play, and the context in which one would interact with him/her/them. If Satoshi was found to be a robot, it would not change their impact and previous interactions.

So, if social value is crucial in determining authenticity in the digital age, users have the right to every signal of social value possible in order to perform correctly, including likes.

While public metrics of social approval are not the only way to attribute this form of social capital to an identity, it is a very important one, so the removal of those metrics is to the detriment of the establishment of internet identities. The obscuring of relative signaling by removing public likes can be massively harmful to the structure of the society because it takes this information (and therefore power) away from the viewers.

Related Stories
Subject Matter
Enter The Decentralized Internet Writing Contest by @HackerNoon+FreeTON
#promoted
The Opinion Economy by @kabessa
#ratings
Bitclout: Is it a SCAM? by @andrarchy
#decentralization
Ethereum's Layer 2: The Story So Far And What To Expect Next by @agnecrypto
#ethereum-scalability
The Bitcoin Bull Run Timeline by @sarahevans
#bitcoin
Nintendo Switch Reaches Over 84 Million Units Sold by @wheeljack84
#nintendo-switch
Instagram-like Filters In React Native by @krissanawat101
#react-native