Should I Panic About Automation Now Or Later? 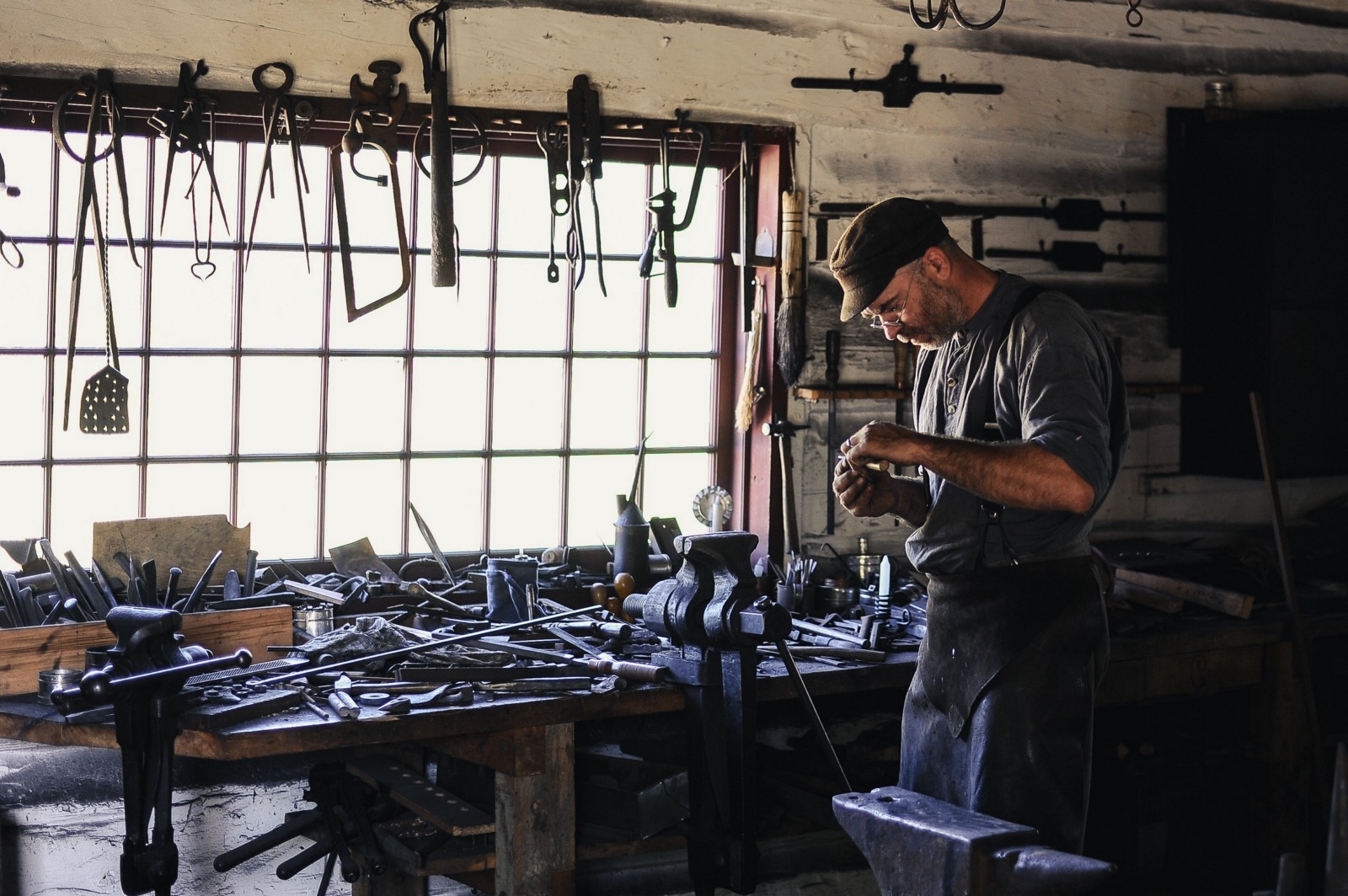 Go Back To School? I just left!

You’ve seen the headlines: “Robots Will Destroy Our Jobs — and We’re Not Ready for It”, “You Will Lose Your Job to a Robot — and Sooner Than You Think”, “Robots May Steal as Many as 800 Million Jobs in the Next 13 Years”. Over the next few years, talks of the mix between artificial intelligence and robotics will only increase. The subject of automation of both blue and white-collar workers will of course be at the center of that conversation, though matters such a war, body enhancements and ethics are also sure to gather a wide range of headlines despite being part of a different timeline. Before this happens, I’d like to touch base on some of these topics so that I may say “I told you so” when the best/worse inevitably goes down.

It will come as no surprise that automation is already all the rage throughout a wide array of industries (even wine-making isn’t safe, and neither is trading), and it sometimes feels like few jobs will survive the technological wrath brought about by our technological overlords. Thankfully, the good people at willrobotstakemyjob.com are here to assuage/exacerbate our fears. If, like me, you’re more into data than fun, you can also check out this beautiful dataviz from McKinsey charting the automation potential of U.S. jobs.

Having said this, the big question on everyone’s mind is: do I panic now or later? Simple question, simple answer: both.

Though the situation is looking grim for the likes of cashiers and truck drivers, most workers are not in full panic territory just yet: according to this handy PwC report, automation will come in three distinct waves, and we’re only riding the first one.

As any regular Hacker-Noon reader will be well aware of, data analysis and theoretically simple digital tasks are already becoming obsolete thanks to the creation of “basic” A.Is trained through machine learning.

It is estimated that by the late 2020s, repeatable tasks both within and outside factories, as well as the analysis of more complex information such as financial data will be done by a mix of human-workers and A.I, one supervising the other (up to you to guess which is the supervisor and which is the supervisee).

By the mid-2030s, mechanical and digital A.Is will likely be making complex decisions and taking physical actions, such as driving cars, delivering packages or analysing evidence from crime scenes, with little or no human input. I’ll be 42 and supposedly at the height of my career as a strategy consultant, so you can see why I choose to panic now.

Interestingly, the study claims that women would be more impacted by the first wave and the rise of automation (automation’s first victim, store check-outs, are increasingly automated and tend to be operated by women), while men are more likely to feel the effects in the latter wave.

In the end, a good number of us, it seems, may find ourselves at sea; cast away. Some jobs however, will get more recognition as time goes on. Indeed, machine trainer and AI engineer will soon be highly sought after (warn your kids). And this really is the center of the debate at hand: will there be an equal amount of jobs lost and created? And further down the line, can we re-train our workforce fast enough for these new jobs?

Plenty of CEOs, experts and government officials have tried to answer this question. Their argument usually goes something like this: A.I and robots aren’t replacing humans, but simply helping to make their lives at work less tedious. This is not entirely a misrepresentation. Neither is the argument that as lower-wage jobs are automated, companies could pass some of those savings on to consumers by lowering the prices of goods and services.

Furthermore, spending could thus increase, creating more higher-wage, high-skilled jobs. A new report by Cognizant’s Center for the Future of Work describes 21 new kinds of jobs that are likely to become professional staples within the next 10 years, employing large amounts of workers potentially impacted by automation. These roles all fall within three categories: coaching people to expand their skills, caring for others to improve their health, and connecting humans and machines (note that all three would require a certain amount of retraining that, for now, no government is seemingly willing to pay for).

Yet we must remember that anyone within the corporate world writing on the matter has one or more horse in this race, and is unlikely to be objective (seriously though, does anybody still read the Wall Street Journal?). Prodding various academics gives us a much better answer to our question, which is exactly what the IGM Forum did. They agree on two things:

That’s a lot of could/would/should. Governments need to make careful and considered policy decisions to ensure that everyone benefits from automation: we all learn pretty quickly that benefits tend to go shareholders first, not blue collar workers…

Though automation’s importance vis-à-vis the likes of electricity and fire is still the topic of heated (get it?) discussions within academia, as is the theory that hundreds of millions of jobs will be automated in the next decade, workers are sure to need to develop a larger skill set than ever before in order to prepare for the future. To that extent, tech-friendly think tank “the Information Technology and Innovation Foundation” (ITIF) published a report detailing how worker training policies will need to be adjusted in the age of AI and robotics.

ensuring full employment, nationally and regionally — I mean… Yes… Sounds good. Thanks for the tip guys. How much do you get paid again?ensuring workers have needed competencies before they are laid off — as previously mentioned, few, if any, companies are willing to forego profit for the sake of their workers’ future. That’s just not their role in society.reducing financial hardships for laid-off workers — This is the most important point: through doing this, a worker may find a few hours within the grind of daily life to retrain if cheap options are available. How much does college in the U.S cost again btw?providing better transition assistance to help laid-off workers find new employment — Pôle Emploi. Look it up.

As highlighted, Most of these are way out of reach for for the average blue collar: much like other western economies, the U.S. currently invests just 0.1 percent of its GDP in workforce training and support programs.

“It’s not that we’re running out of work or jobs per se,” says David Autor, an M.I.T. economist who studies the impact of automation on employment “but a subset of people with low skill levels may not be able to earn a reasonable standard of living based on their labor. We see that already.” As the article linked above shows, it’s a bit more complicated than I let on, but it is clear that though it is possible to reach some sort of automation equilibrium, governments have to launch extensive retraining programs.

For the future economy to work, we might also need to get rid of the illusion that our professional status is inherently and strongly correlated to our self-worth.

In response, many are calling for a universal basic income: a plan to give every citizen a modest flat annuity from the government, as a replacement for all current welfare and unemployment programs. This would safeguard people for whom work doesn’t lead to increased financial security and would arguably allow everyone to benefit from automation, not just the lucky few.

Before dismissing this idea too quickly, it’s important to consider the idea not in the context of our current economy, but of what the economy could become in a future dominated by robots and A.Is. A government implementing a basic income philosophy would acknowledge that there are too few work hours to be worked by all available workers, and respond by injecting liquidity into the mechanism that allocates them. Workers would need to be able to exchange hours of work at full pay, for hours of free time paid for by the state.

Other fixes are possible, with various levels of difficulty: fine employers who do not give equal pay, limit the use of temp workers, extend basic protections to all workers, create models for portable benefits as people switch job more or work for more than one employer (insurance or unused vacation days would carry from one job to the next), mandatory prorated benefits (someone who works a twenty-hour week gets half of the full-time benefits)… Taxation on robots has also been proposed by many smart people. The possibilities are there for any government bold enough to look into them.

Profit-seeking and benefits-giving are not at odds: shareholders are best served when all stakeholders are well served.

Here's What I Learned From Eating One Meal A Day 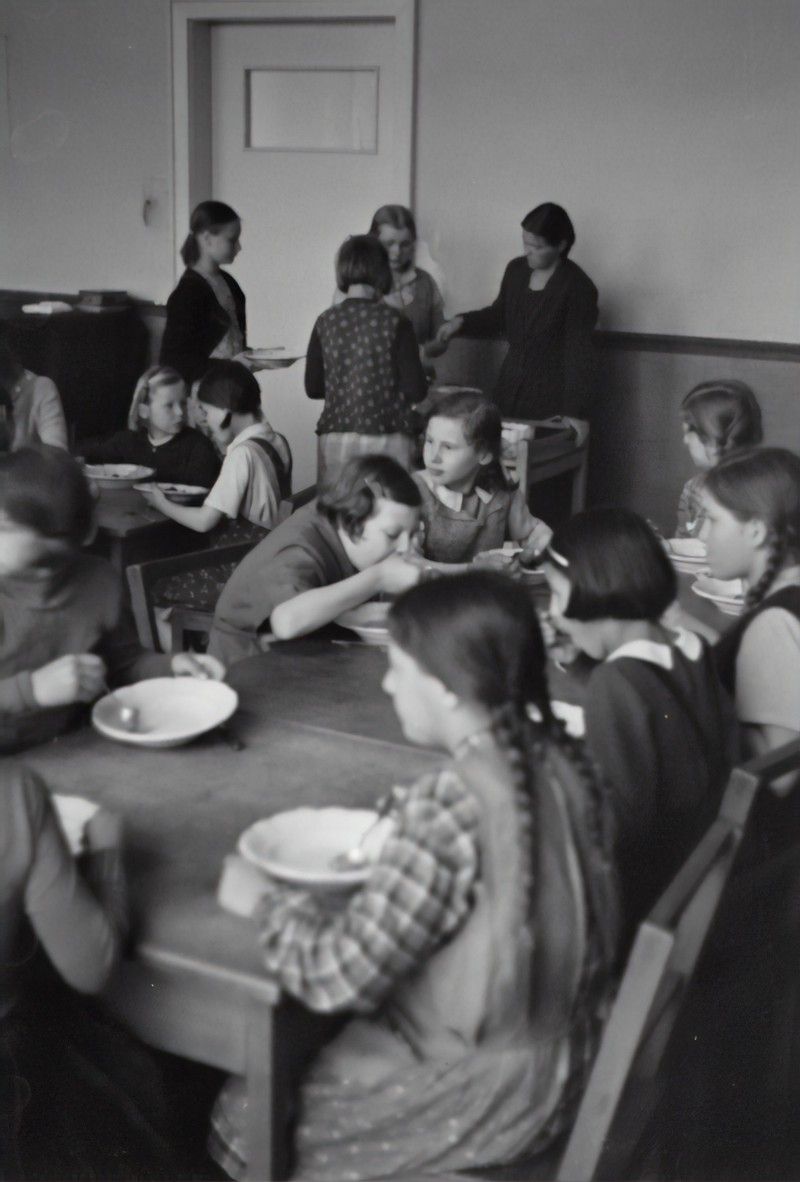