Should Apple Buy DuckDuckGo? Or Create Its Own Search Engine? About a week earlier analyst Toni Sacconaghi put forward a recommendation for Apple. He believes Apple can buy DuckDuckGo, a privacy centred search engine and make it the default search engine in all Apple devices. Thus finally ending its business with Google, which currently pays $7-8B to Apple to remain the same.

That analyst says so because both Apple and DuckDuckGo are super privacy-focused companies.

Note: DuckDuckGo is hereafter referred to as DDG because it’s too long to type.

You might not know about DuckDuckGo. And that’s fairly normal. Because DDG receives about 62 million queries a day. That’s huge but not even close to Google’s numbers (3.5 billion). A search engine that began in a basement in 2008. Their aim was to serve a better search engine and in 2010 they set their unique selling point: they won’t track users. Because Google does.

Since then the company has grown immensely. Currently, they rank #4 in the list of top search engines.

They also donate yearly to internet freedom foundations like the Tor Project, and SecureDrop. I won’t say DDG is as good as Google. Mainly because it has just 93 employees. But when you change the scale to privacy, there’s no better option than DDG. Even the Tor browser, which is a really privacy-focused browser has DDG as it’s a default search engine.

Coming back to the story, people have kinda mixed opinion on whether or not Apple should buy DDG. Let’s get to them one by one.

This will undermine a major aspect of DDG

While some say DuckDuckGo can be a good addition to Apple’s privacy promise, some disagree saying, “One of DuckDuckGo’s biggest and most important aspect is that no one big is pulling the strings. This would certainly undermine that.”

Well, that’s true. There’s no big company that funds DDG. And since they’re just 93 employees, they cover up all costs. They don’t require outside funding. They don’t need to think twice before tweaking the search algorithm for better privacy services even if any big tech company doesn’t like that. But if Apple buys it, Apple will obviously prioritise its business first.

This isn’t the best time to make enemies with Google

Apple doesn’t seem to be in any mood to take up a rivalry with Google especially in these times. Because the two tech giants have been absurdly friendly. The joined hands in launching the contact tracing system. And Google CEO Sundar Pichai said he’d be interested in working in future projects with Apple.

Now in these times, Google won’t take it nicely if Apple heats up the competition in their space.

Google’s slowly getting into Apple’s business. It might be time to retreat.

But conversely, this is also a reason why Apple might consider heading into the search business. See, Apple mostly deals with phones, computers, smartwatches, smart speakers, wireless headphones to name a few. And previously, Google has also entered into these spaces. They have their Pixels series competing with the iPhones, the Chromebooks competing with MacBooks, the Google Watch OS competing with Apple watch. Just to name a few. So it might be Apple’s turn to invade Google. I just hope that goes well. Because Google currently has an unbeatable dominance in the space.

Apple has undoubtedly been successful in forming a great public image. With billboards and signs all over, CEO Tim Cook proudly says “We at Apple believe that privacy is a fundamental human right.” “My investigation suggests otherwise.” Geoffrey A. Fowler, The Washington Post

Everyone except experts believes it’s true while it isn’t. Even when Google pays Apple to be the default search engine, Google does track a lot of data and uses it to display ads. Geoffrey A. Fowler from The Washington Post notes that midnight his iPhone is sending data to several companies he’s never heard of.

So experts quite disagree on the fact that Apple is very privacy-friendly. But it’s made its public image says the quite opposite. It has some degrees of privacy protections but not full proof system.

Buying DDG will only enhance this image.

DuckDuckGo is partly based on Microsoft’s Bing. And it’s not so smart. I mean using DDG is like compromising on speed and ease of use, to get privacy. And currently, it isn’t as good a tradeoff. DuckDuckGo doesn’t always show the result you want. Even if you specify the site name. While Google does it best.

That means many users might still want to switch back to Google and Apple can’t deny them. The most it can do is to hide the options deep in settings. But if that happens, the internet and Google itself will show them how to do it. And Apple’s image will get down too.

Now, in case, Apple involves its own team to improve DuckDuckGo, they will surely not call it DDG instead it might be an addition to Siri.

If Apple wanted its own Search Engines, It’d have made it from the scratch

On a broad scale, there’s nothing much Apple will get even if it buys DDG. DDG can definitely not compete with Google with its bad algorithm (still better than Siri, though.) and Apple will have to make it from scratch.

Further, Apple, historically, prefers to make something rather than buying it.

So why waste money in DDG? Instead, Apple can make it’s own search engines. A privacy-focused one. Maybe an Ad-free one.

But there are still some problems. Because something similar has happened with Google before. And Google knows how to retaliate.

How will Google React If This Happens?

Startled, Google tried to find ways to get out of this situation. And then one Google employee finally came up with a brilliant idea. He convinced CEO Larry Page and launched what he called the Google Toolbar. The Google Toolbar for the Internet Explorer // Source: The Way Back Machine

He convinced a lot of manufacturers to pre-install this toolbar on their computers and thus Google regained the traffic it was losing. It was just a temporary solution though. he convinced the CEOs to allow him to lead a project in making a browser. The world’s most used browser today, Google Chrome.

This employee is Sundar Pichai, the current CEO of Google and Alphabet.

Back to our main story, this means even if Apple makes a new search engine or buys DDG, Google will come up with creative ways to get people back. Maybe a few million bucks in advertising to teach Apple users how they can set Google back as default will help them regain one of their major sources of traffic which earns them over $15B. And not to forget, they won’t also have to pay Apple $8B now. So this sums up to be $23B.

And folks at Apple aren’t stupid that they’d let this happen.

While writing this, another thought struck me and I want to share it.

See, Google pays Apple to be its default search engine because Apple has other options. But if Google later changes its mind, Apple will be left with just two options: either let users use a shitty search engine like Bing or let Google be the default without getting paid.

If they choose the latter option, Google will stop paying it to be the default option forever. And if they choose the first option, Apple devices users will have a bad experience. Both cases, there’s Apple’s loss.

So, possibly, Apple might consider stepping into the search engine game. So if Google refuses to pay Apple, it can immediately use its own engine.

And considering that recent services from Apple have been subscription-based, Apple can make this search engine an optional subscription that allows Apple users to pay a fee and use a search engine that doesn’t track you, is ad-free and results are great.

The first two benefits are easy, all depends upon the third one.

This article was published as a part of Theciva's Opinion-Driven series. Sign up for the free newsletter. 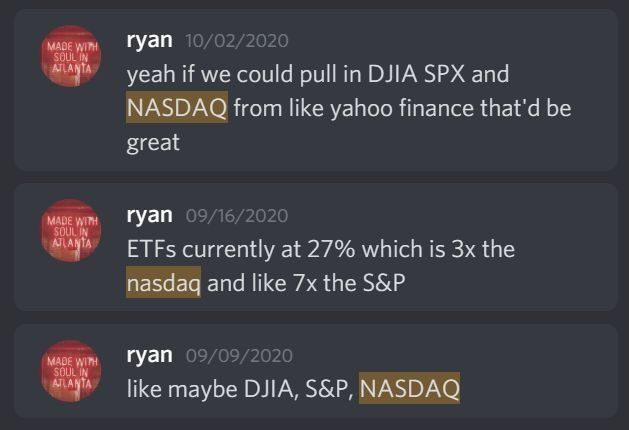