Scrum Stakeholder Anti-Patterns: "I Know What We Have to Build" 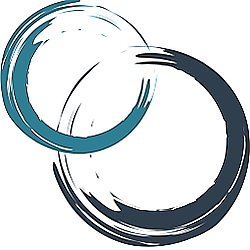 Regularly, InfoQ applies the ‘Crossing the Chasm’ metaphor to engineering practices, thus covering a part of the agile movement to create learning organizations. InfoQ’s recent ‘Culture & Methods – the State of Practice in 2019’ edition found that new converts to Scrum, for example, will recruit themselves mostly from the late majority and laggards. (The early majority of organizations are already adopting BDD/DDD or Pragmatic Agility.)
Those laggards — or legacy organizations — are easy to spot: Some form of applied Taylorism, usually a strict hierarchy to command & control functional silos with limited autonomy, made it into the postindustrial era. Often, these organizations were once created to train farm boys into assembly-line workers within a standardized industrial process churning out standardized products in the name of output optimization. Human beings became cogs in the machinery, rewarded for functioning well without asking questions. Too bad, when nowadays diversity, autonomy, mastery, and purpose become the driving factors in a highly competitive environment where more of the same for everyone is no longer creating value.

The conflict at the stakeholder level in such legacy organizations is apparent: mostly, the stakeholder is a manager of a functional silo with objectives that do not necessarily align with those of a product or Scrum Team. Where the organization needs to morph into a kind of ‘team of teams’ structure with a shared understanding of purpose and direction as well as the need to create value for the customers at heart, the reality of a legacy organization attempting to become agile is often very different. For managers, it means moving:
Abandoning yesterday’s game – and probably its symbols of power, too — and accepting that an agile transition may provide job security, but most certainly not role security is a monumental undertaking for the majority of the management of a legacy organization. Probably, many of these managers will not adapt and even quit the organization sooner or later.

After defining the context, let us consider some Scrum stakeholder anti-patterns in detail. Most often, Scrum stakeholder anti-patterns result from a training and coaching void accompanied by not changing individual career objectives. Thus, they manifest themselves in the continued pursuit of local optima or personal agendas. In both situations, the incentive structure of an organization most likely still fosters a predictable behavior that contradicts the organization’s goals at a system level.

Charlie Munger: “Never, ever, think about something else when you should be thinking about the power of incentives.”

The following list of Scrum stakeholder anti-patterns addresses Scrum events, system-related issues as well as issues of individual players.
Scrum Stakeholder Anti-Patterns at Scrum Event LevelThe Sprint
Anti-patterns of this sort point at stakeholders’ ignorance of the core idea of Scrum — self-organizing teams:
These stakeholder anti-patterns result from ignoring the role of the Product Owner, turning him or her into a mere scribe. Two important anti-patterns of this kind are:
Most anti-patterns in this category result from perceived information needs — think of them as withdrawal symptoms:
Forecast imposed: The Sprint forecast is not a team-based decision. Or it is not free from outside influence. (There are several anti-patterns here. For example, an assertive Product Owner dominates the Development Team by defining its scope of the forecast. Or a stakeholder points at the team’s previous velocity demanding to take on more user stories. (“We need to fill the free capacity.”) Or the ‘tech lead’ of the Development Team is making a forecast on behalf of the Development Team.)
The Sprint Review
Again, this category is often a combination of ignorance, fighting a perceived loss of control or pulling rank to override scrum principles:
The Sprint Retrospective
Here, it is mainly about control and line management issues:
Scrum Stakeholder Anti-Patterns at System Level
These anti-patterns result mainly from a half-hearted approach to becoming an agile organization. Typically, it ends in the form of cargo-cult agile:
Sprint Anti-patterns of the IT Management
Also, there are some typical anti-patterns of those stakeholders closest to the Scrum Teams — the IT management:
Personally Motivated Scrum Stakeholder Anti-Patterns
There are numerous ways of how stakeholders can impede the progress of a product team. Four of the most common ones are as follows:

There are a lot of different reasons why Scrum stakeholders do not act as expected. Some result from organizational debt, particularly in legacy organizations from the industrial area. Some are intrinsically motivated, for example, by personal agendas, while others originate from a lack of training or anxieties. Whatever the reason, though, Scrum stakeholder anti-patterns need to be overcome to turn an agile transition into a success. Otherwise, you might end up in some form of cargo-cult agile or Scrumbut.
Which Scrum stakeholder anti-patterns have you observed? Please, share them with us in the comments.

Scrum Teams Thinking Like Millennials is the Way Ahead