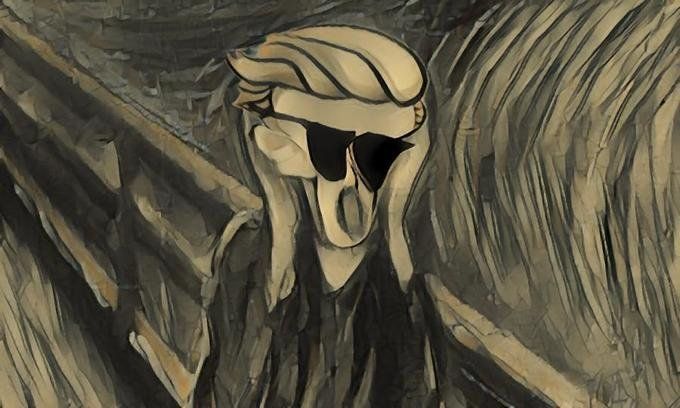 Book a call
with @ani-alexander

In 2013 a new startup emerged with the noble mission “to democratize finance for all”.

I wasn't there of course, but I can imagine two young men pouring over their pitch deck, rehearsing the story of how they plan to disrupt the stock trading market.

Perhaps at this early stage they still weren’t completely sure which arguments would win over investors (probably the same standard and pragmatic promises of fast growth and profit…) but once they’d settled on the right angle, they came looking for potential users.

They quickly established the story which would best resonate with their target audience of retail investors. The company created a brand, and marketed themselves with a powerful range of storytelling tactics that would tap into their future users’ emotions.

They planted a desire in people to enter the financial markets (“We believe the stock market is one of the best available tools for individual wealth creation.

But too few have reaped the benefits of this powerful, economic force. And it’s no wonder why.”), then showed that the barriers to entry were too high, and after that made the promise to "provide everyone with access to the financial markets, not just the wealthy".

They not only promised to make investing affordable for them, but also friendly, approachable, and understandable.

Now add the brand name, “Robinhood” to reinforce the core story and make it near impossible to resist the temptation to participate, mash it up with a very successful pre-launch campaign, and boom - a waiting list of over 1 mln users materialises even before they go live.

All the above sounds great. We all love stories where the big bad villain is vanquished… but this is NOT a fairy tale.

Fast forward to today - in the middle of what feels like an endless pandemic. Robinhood is now an industry giant, and even offers crypto trading facilities to its considerable user base. It is here that another story begins to unfold, not entirely like the one Robinhood tells, but very similar indeed.

We have the classic players, of light and dark, those we might see as heroes and those we might paint as villains. In this particular story Wall Street hedge funds bet against GameStop, a familiar but faltering high street brand, hoping to rake in profits from its terminal decline. Just another tale of financial high jinks, of hedge fund managers profiting from the failure of brick and mortar business, and the hardworking people unfortunate enough to be employed by them.

Big guys against little guys, and a seemingly inevitable conclusion in store.

But like a fairytale, that’s when a miracle occurred.

Participants on a Reddit forum (r/WallStreetBets) noticed that the hedge funds had actually significantly exposed themselves in shorting GameStop. The opportunity was seized and the people united.

It was a modern-day David and Goliath tale, with the humble David outwitting Goliath. The underdog won. The new breed of plucky Reddit rebels didn’t arm themselves with a sling or rocks; the Robinhood app on their phones had slain the giant just as surely.

The movement triggered a revolution, absorbing all the anger and rage that people felt about a system that works for the big players but not ordinary people. Make no mistake, this is about way more than just money.

Now look back at Robinhood’s brand origin story, the values they communicated, the way they marketed themselves and who they claimed they were built for - there should be no doubt about whose side they were on, right? Think again.

While everyone was watching GameStop’s share price rise, Robinhood restricted trading the stock. Suddenly it was only possible to sell GameStop stocks on the platform, but not to buy them… Robinhood claimed that they took the decision to “protect the firm and its customers.”  Many customers felt aggrieved.

Robinhood was marketed on the fairytale of beating the big bad villain… but taking from the rich and sharing with the little guy suddenly became more elusive than ever.

For many of us it has been quite challenging to explain DeFi. I think now, taking the above situation as an example it will become way easier.

What the above story vividly illustrates is how little control people have over their finances when they are dealing with centralised authorities that may abuse their power anytime they’d choose to do so.

Every time we entrust our money to a centralised institution or platform, we depend on them. We may not realise it while everything goes well… but once something goes wrong there is nothing we can do about it. You can always play the game, but don’t you dare think of winning.

Our money in the bank “kind of” belongs to us… or at least that’s what many think… but in reality it belongs to the bank and at any point they could restrict your access to it if they decided so.

Your trading account on Robinhood is “kind of” yours… but only if you don’t trade too well. Trade. Don’t win.

If only Robinhood was decentralised… right?....

If that were the case, situations like this would not be possible. In that case people would have total control over their finances, their choices and their decisions. They would be able to trade what, where, when and how they want.

You could get the full scope of financial services without losing control over your money and keeping your financial freedom. Everything would be up to you. No one would have the power to decide anything for you. Your fate would rest in your own hands.

And the best part is... there will be no villains to block your path, only a learning curve.

Oh wait, I’ve got good news for you! There are decentralised Robinhoods out there already in the DeFi sector!

Hopefully I managed to get you excited enough to check those out.

Below are the most trustworthy and reputable ones I’ve chosen to start from:

This space is developing so fast that I am sure there will be more stories coming, so stay tuned!