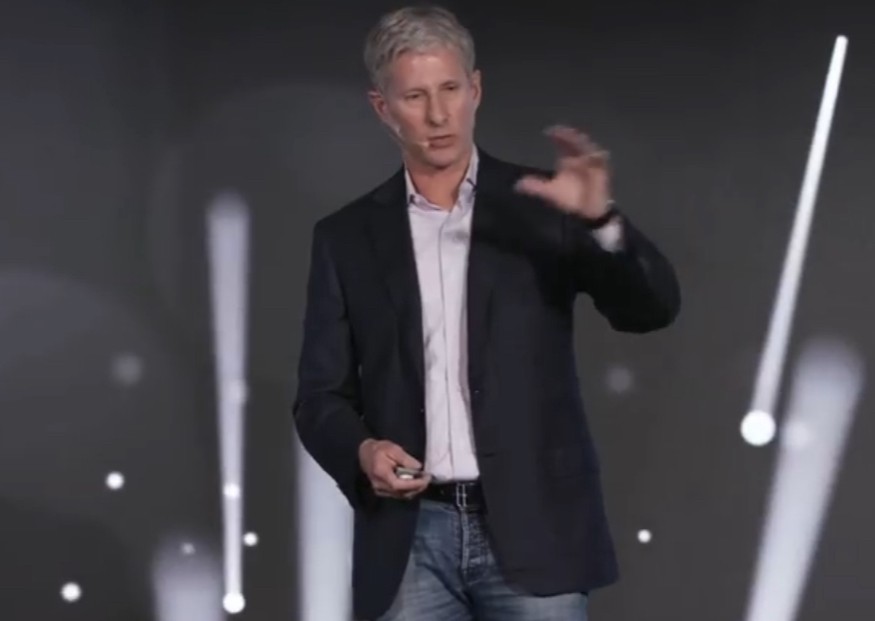 It’s 2018. Cars drive themselves, drones deliver packages, AI is your best friend. Technology has created infinite possibilities. Get a job by downloading an app but good luck getting paid if your employer is in another country.

“The Gates Foundation has said that in order for all citizens to participate in the global economy, we need to be able to send fifty cents. Machine to machine payments need to be sent in one hundredth of a euro. Right now you can’t send 50 euros without it being eaten by fees,” said Larsen.

“The average time it takes to use SWIFT, the dominant methodology to move money for financial institutions, is 3–5 days at 500 basis points. For the Middle East it’s 900 basis points with a 600 basis error rate. If it costs 9% to move money and you have an 8% net profit margin, it’s not worth doing business globally.”

“There’s $27 trillion laying in NOSTRO accounts around the world that is not being used to grow commerce because countries and companies are pre-funding payments. Amazon alone has $1 billion in NOSTRO accounts for when they need to pay vendors and payroll.”

“If the U.S. doesn’t get its act together and create clear lanes for commerce for blockchain companies to exist, those entrepreneurs will get on a plane for Singapore tomorrow or Switzerland or Lichtenstein or Malta.”

“Ripple is a software company with 233 employees in eight offices with headquarters in San Francisco, and growing rapidly,” said Larsen.

“We’re focused on just one thing, moving money across borders,” said Johnson, “We’ve had an unbelievable year signing up customers and expanding use of the RippleNet. We’re profitable with over 100 financial institutions as customers.”

“To complete globalization, we need to create an internet of value. To do this we need three key things: interoperability, smart contracts and a blockchain that’s open source, decentralized, permissionless, reliable and secure. For blockchain, RippleNet is built on the XRP ledger which allows on demand real time payments in seconds with incredibly low cost and no settlement risk,” Larsen explained. “W3C is working on interoperability.”

As for Ripple’s relationship with the cryptocurrency XRP, Johnson said, “We own a lot of XRP, $60 billion of the $100 billion that exists. Some of our software relies on a fair and orderly trade of XRP and we want there to be liquidity in every market we’re trying to do business in. Last year there were 30 exchanges trading XRP, this year there are well over 60. If Ripple did a faceplant and disappeared tomorrow, XRP would continue to exist. In the second quarter, we sold only a tiny amount of XRP to fund our business, $140 million, that’s less than 1% of the trading volume. The prospects of one is only loosely related to the other.”

Ripple’s Swell Conference kicks off Blockchain Week in San Francisco on October 1–2 and features keynotes by U.S. President Bill Clinton and other world leaders. The event is invite only with afterparty headlined by the Counting Crows.