Riding the Waves of Bipolar to Success

or how I learned to not only tolerate, but love, my neurotype

I suffer from Bipolar II disorder, and I’m not ashamed to admit it. In fact, I am both proud and grateful of what my hypomanic episodes have enabled me to accomplish.

For those unfamiliar, Bipolar Disorder (FKA Manic Depression) is now understood to encompass a broad range of mood disorders characterized by alternative waves of ups and downs.

For sufferers of Bipolar I, the most extreme form of the Bipolar Disorders, their lows plunge the deepest depths of truly crushing depression and their highs are characterized by delusional, often self-destructive episodes of mania.

Individuals with Bipolar II are spared the more extreme delusions of manic episodes, and instead experience hypomanic episodes that can be destructive in their own way, but also can lead to incredible productivity and creativity.

Further down the road, Bipolar Spectrum Disorder can be characterized by less extreme shifts, and is most likely under-diagnosed, as it resembles the neurotypical shifts in mood experienced by most people.

Some of the most fascinating and influential artists and entrepreneurs throughout history, including such juggernauts as Ernest Hemingway and Steve Jobs, have likely been sufferers of Bipolar, especially as the hypomanic episodes of Bipolar II can lead to superhuman productivity and can unleash raw talent in a way unavailable to mere mortals.

Even the depressive episodes may serve a functional role, focusing thoughts inward and increasing reflectivity and comprehension. While the experience of depression can be crushingly difficult to endure, and while sufferers might find themselves unable to even get out of bed, their brains never turn off, and it may be these episodes that lead to the seemingly supernatural levels of intuition experienced during hypomanias.

Bipolar is one of the most treatment-resistant mental illnesses, as sufferers have a tendency not to recognize their manic episodes, and instead just feel as though their condition has improved so they stop taking their meds or engaging in whatever therapeutic practices they’ve been assigned.

Effective management of Bipolar requires diligent adherence to regular therapy sessions, medication programs, and checkins with specialists familiar with the disease. It is especially when things are feeling up that this is required, as manias can easily go off the rails and become destructive.

Most Bipolar sufferers would serve to benefit from various pharmacological compounds, most commonly an anti-depressant to moderate the lows and an anti-psychotic to moderate the highs. Lithium and other mood stabilizers also serve the role of flattening out the exhausting cycles of ups and downs. Only a trained psychiatrist with a focus on Bipolar should be trusted to titrate the perfect cocktail of medications at the right dosages to effectively curb the negative effects of the disease.

Apart from medication, it’s incredibly important to stay on top of your moods with reflection techniques like journaling, mood quantification, and regular therapy sessions.

When you’re in a low, everybody can seem like an enemy. You may find yourself brooding contempt for those around you, who can’t understand why you feel the way you do. You might have a natural tendency towards negative talk, and even the most supportive of your friends may eventually grow tired.

When you’re in a high, everybody else can seem like they’re moving too slow or standing in your way of achieving your lofty goals. Initially, your close friends may be delighted in your contagious high energy, but you also might have the tendency to talk over them. It can be incredibly frustrating that people aren’t moving at your pace, and that can lead to unpleasant irritability.

Neurotypicals will have trouble understanding your moods, your irrational thoughts and behaviors, and your lack of receptivity. It is important to take a step back from time to time and observe your behavior from the outside. It may seem unnatural or even dishonest, but for the preservation of important relationships, you may need to moderate and control your outright expressions of how you feel.

You shouldn’t go as far as to hide your disorder, but it also shouldn’t dominate your conversation topics. This takes practice to get right, as your moods will love to dominate your thinking, but people only have so much patience. Seek support during the worst of it, be receptive when people give you feedback, and most importantly, cherish the people who stay with you through both the highs and lows.

The lows can feel so daunting as to keep you stuck in bed, unable to move and unable to eat. The highs can feel so exhilarating that you want to shut down whatever you’re doing and go start a totally new business in a field you know nothing about with money you don’t have. You need to be clear about your goals ahead of time and stick to them if you want to have a chance at accomplishing anything long-term.

The best way to remain productive while suffering from Bipolar is to assign yourself tasks based on your moods.

When you’re in a low, it’s difficult to get started or to motivate yourself to work, but you also have a greater capacity for reflective thought and analysis. List-making is an excellent strategy for breaking down overwhelming tasks into accomplishable steps and giving yourself a frequent reward. The lows are the time to take care of maintenance, fix bugs, do accounting work, analyze data sets with clearly defined metrics, and find your bearings.

The lows require a lot more external motivation, and forcing yourself into good habits is critical. It takes a lot of work, but with practice, you can start to find ways to leverage the unique qualities of the lows to be as productive as possible.

All that said, the lows tend to lower productivity. At best, you can hope for slowly chipping away at clearly-defined tasks, but big-picture projects will prove overwhelming.

If you work on a team, it’s important to set expectations that your productivity will operate in waves. The good news is that by careful planning and intentional reflectivity, you can overcome even the worst of the lows.

The highs require no external motivation, as the work will tend to be its own reward. Flow state is common here; I describe myself as being in the zone of genius during my highs regardless of whatever I’m working on.

What the highs do require, however, is focus and determination. This is why setting clear long-term goals during a relatively stable point is so critical. During a high, you might suddenly feel the urge to make a major life pivot and run down an entirely new idea. While I personally consider these deep-dives rewarding, they can be destructive as well.

Distractions are a risk, so lists can help make sure that you funnel that productive power into something that accomplishes goals. You can end up finding so much joy in the mere accomplishing of tasks that your tasks fail to lead to anything real, so it sometimes helps to enlist others to keeping you on track.

A hypomanic powerhouse teamed with a visionary manager who understands can be an incredibly creative force.

Where to Go Next

I’ve been living with Bipolar since I was 12, but it remained undiagnosed until my mid-20’s. It takes a lot of planning and work to keep myself stable enough to live a “normal” life.

I credit my highs with my most prideful accomplishments, but they’ve been plenty destructive as well. I’ve over-spent, I’ve burned opportunities, I’ve made commitments I could never expect to deliver on, and I’ve hurt people who cared for me. It can be tempting to paint your highs in rosy light, but being radically reflective about actual outcomes is paramount.

The worst part of the disease is how difficult it is to conceive of how you felt in the past, or how you will feel in the future. When in the pits of a low, you see your highs as completely delusional, you see yourself as worthless, your accomplishments as meaningless, and you think you’ll be that way forever. When you’re up, you write off your lows as transient distractions that sully your reputation, and think this is finally the one that will go on forever.

Only through some type of objective measure of reflection can your hope to see your life in realistic light. Therapists and journaling are my lifelines here, and whether you have diagnosable Bipolar or just want to be more in charge of your emotional well-being, I can’t recommend them both any more highly. They have truly been a godsend to me.

Every day is a challenge living with Bipolar, but its ups and downs can be harnessed and controlled with constant work. It’s a life-sentence, but there are tools to minimize the downsides while maximizing the benefits.

Most importantly, know that you are not alone. 2.6% of the U.S. population 18 and older suffers from Bipolar, according to the National Institute of Mental Health. It’s easy to convince yourself that your situation is totally unique, but there are archetypes to how people experience Bipolar, and there are tools that are known to effectively manage it.

And if you happen to be in the position of a decision-maker for health insurance at your company, make sure the plans you choose have excellent mental health coverage. If you aren’t in that position, advocate for it. Financial situations should not be a barrier to care on what can be a fatal disease.

I wish I could end this article by saying that it gets better, and with effective management, the worst of it can be alleviated, but it takes constant work.

Food Tech Stories: The Secret Of The Sustainable Food System 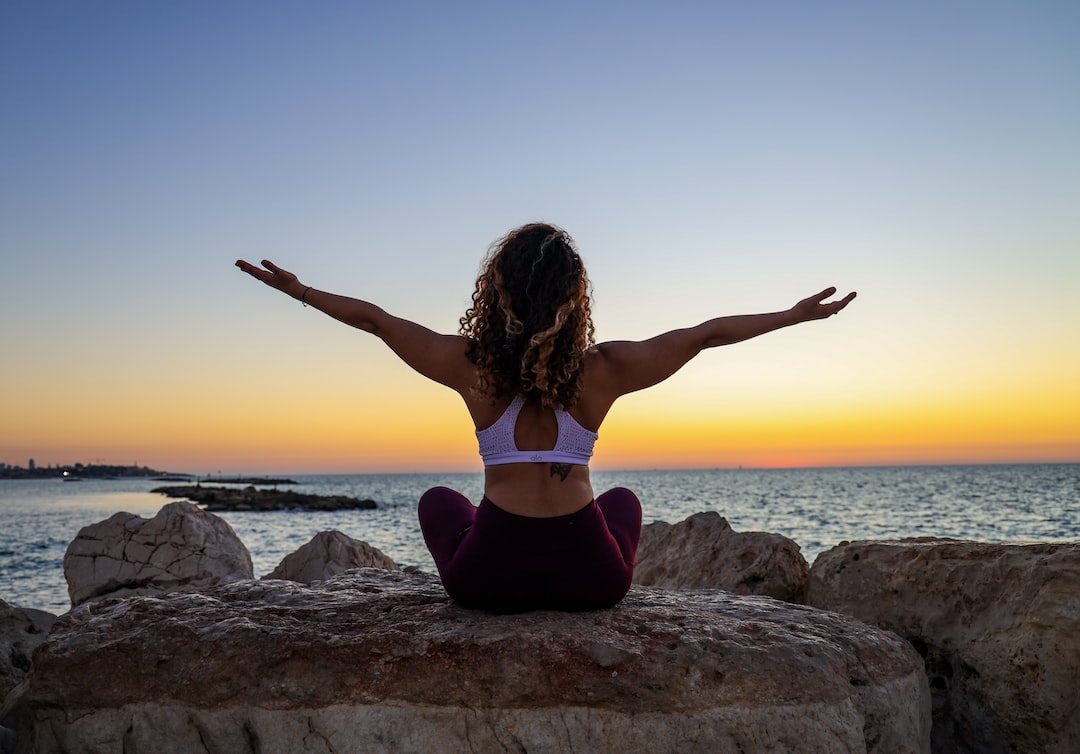 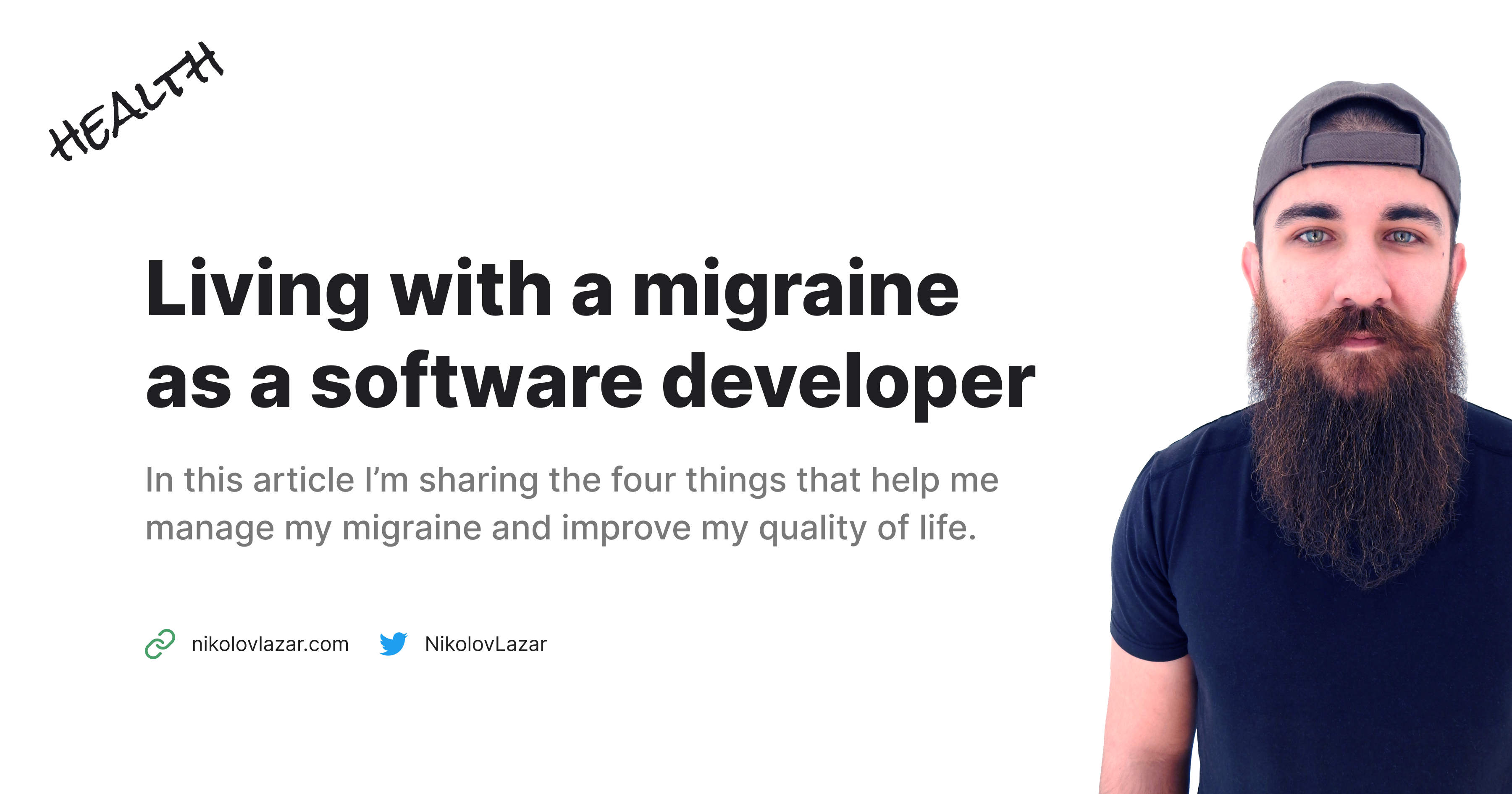