Revue Definitely Isn't the Only Dutch Startup Worth an Undisclosed Sum

Twitter's acquisition of Revue—essentially Dutch Substack; founded two years earlier—got me thinking again about how living in the Netherlands is like living in a big-budget feature trailer for the future.

Here is a short list of things invented by the Dutch:

🔬 The microscope and the telescope
💿 The cassette, CD, DVD and Blu-Ray
🎧 Bluetooth and Wifi
🧑‍💻 Structured programming
🥕 Orange carrots
📈 The Stock Market
🤝 Fairtrade certification
📺 Fear Factor, Deal or No Deal, Big Brother and The Voice
🌴 Ayden and booking dot com

Shouldn't be surprising, then, to discover the Dutch were the first to ship something almost identical to Substack, too.*

*Fast Fun Dutch Fact: The Dutch have a complicated relationship with Calvinism, a major branch of Protestantism that follows the doctrine of some dude named John Calvin. Fascinatingly—and despite the fact that Calvinsim dates back to the 1540s, and today, the Dutch are largely atheists—their Calvinist roots are still strongly evident in their intrinsically down-to-earth, "moral", and modest culture. An article this promotional of their own national talents would perhaps not sit well well with a Dutch writer - although of course that, much like everything else in this paragraph, is a sweeping generalization.

Which begs the question: what else have startups in the Netherlands been working on in the last five years?

From reporting by Mike Butcher for techcrunch.com:

According to a report by startup analysts Golden Egg Check, 272 Dutch tech startups and scale-ups collectively raised over €1.7 billion (around $2 billion) in venture capital last year.

(Note: if you're a founder in need of funding, I think Golden Egg Check's Startup Roulette community is a pretty cool idea — could we do with more platforms that successfully and efficiently democratize access pitching opportunities to VC investment?)

Check out their Airtable for the full breakdown of Dutch startups that raised in 2020. 👇

For the purposes of this post, I read up only on recently funded or acquired startups founded within the last five years, 17 of which I've highlighted below.

"Also, existing investors Kleiner Perkins, Arches Capital, and Vercel founder Guillermo Rauch accompanied by new angels Andreas Blixt and Daniel Gebler took part in the funding round. This new investment will allow CodeSandBox to continue building the community, providing the tools and support to take it to new heights, including features like opinionated support for larger projects that will unlock new use cases and further existing ones." (source) 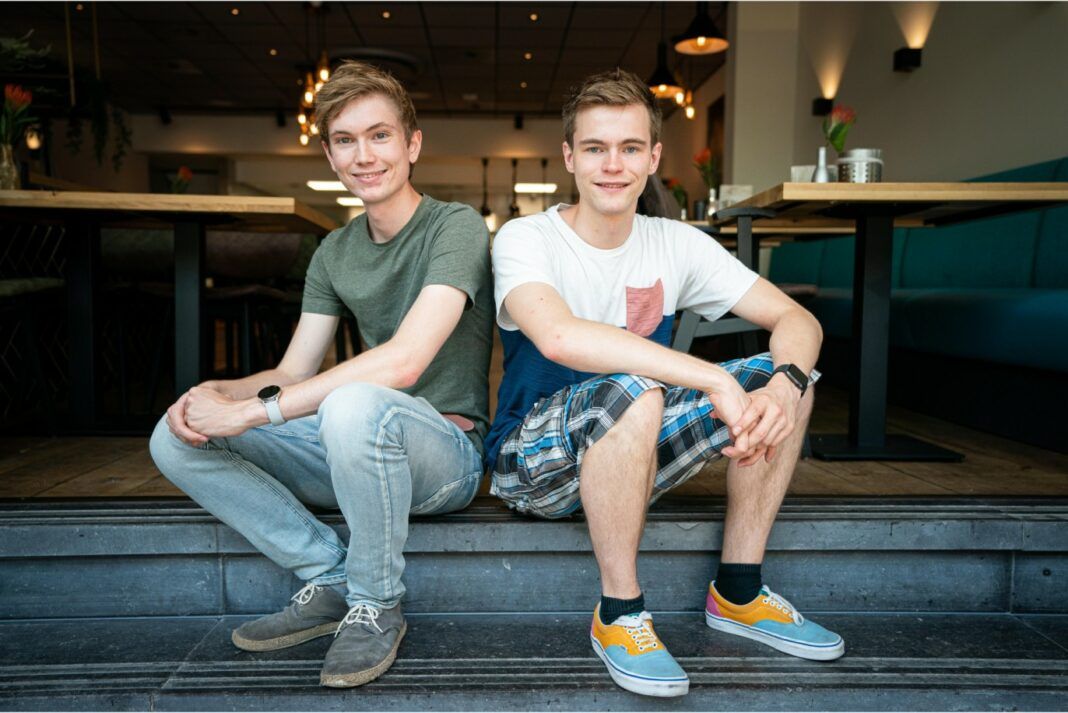 👆CodeSandbox Founders Bas Buursma and Ives van Hoorne (source). Fun fact, you can embed any CodeSandBox in a Hacker Noon story by pasting the link and hitting enter.

Climate crisis startup ideas worth stealing from the Netherlands

If electric bikes, eScooters, car sharing, and/or monthly bike rentals sound like smart startup ideas for your city, be sure to check out what VanMoof; Felyx; Dott; GreenWheels; and Swapfiets (🦄 alert) are doing. And—even though I'd personally rather stick pins in my eyes than drive a car in a cyclists-first city like Amsterdam—I think ParkBee's solution to the infernal nightmare that is finding parking would be a hit in cities as congested as Cape Town, for example.

In the food tech space, Meatable being two respective examples of well-funded startups in this space), but they've by no means stopped there. Protix is not only the "market leader when it comes to verifiable and scalable insect breeding," but also in turning aforementioned insects into food for your pets or livestock, or fertilizer, which, hey, great idea? Also their website claims their insect-fuelled chicken feed will literally improve the taste of your eggs, so. 🍳

Medal.tv was founded in 2015 to let gamers "watch, record and share gaming highlights. The startup attained €3 million seed funding in February 2019, as well as closing an €8.1 million Series A round in September 2019. The Naarden-based team was also in the news last year, having acquired Megacool.co to expand to mobile gaming, as well as being one of the apps to technically support TikTok’s new ‘Share’ tool." (source)

No storefront, no problem in the age of app-only supermarkets

Picnic and the comfortingly named Crisp are among the first app-only grocers to deliver produce to consumers in the Netherlands. 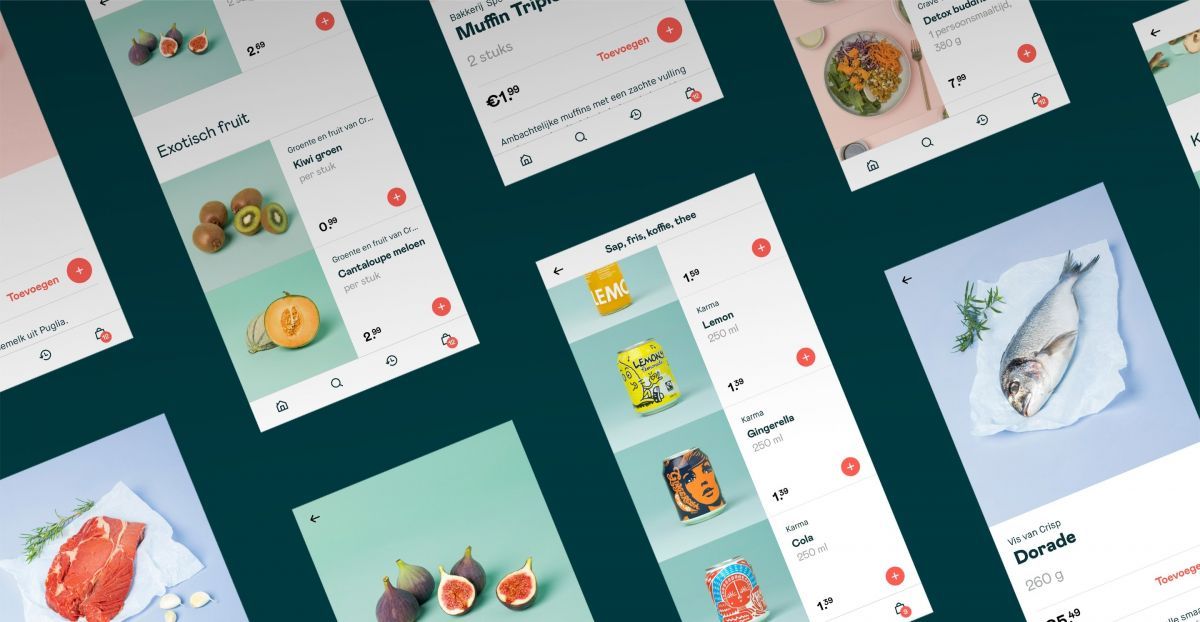 Picnic raised a $275 million series C round in 2019, and "Crisp raised €3 million seed capital for its launch, which at the time was the highest raised in the past 3 years in the Benelux according to Dealroom. Since then, in June 2019, it raised another €5 million, and has grown its team to 50+ strong, and doubled its number of suppliers." (source) 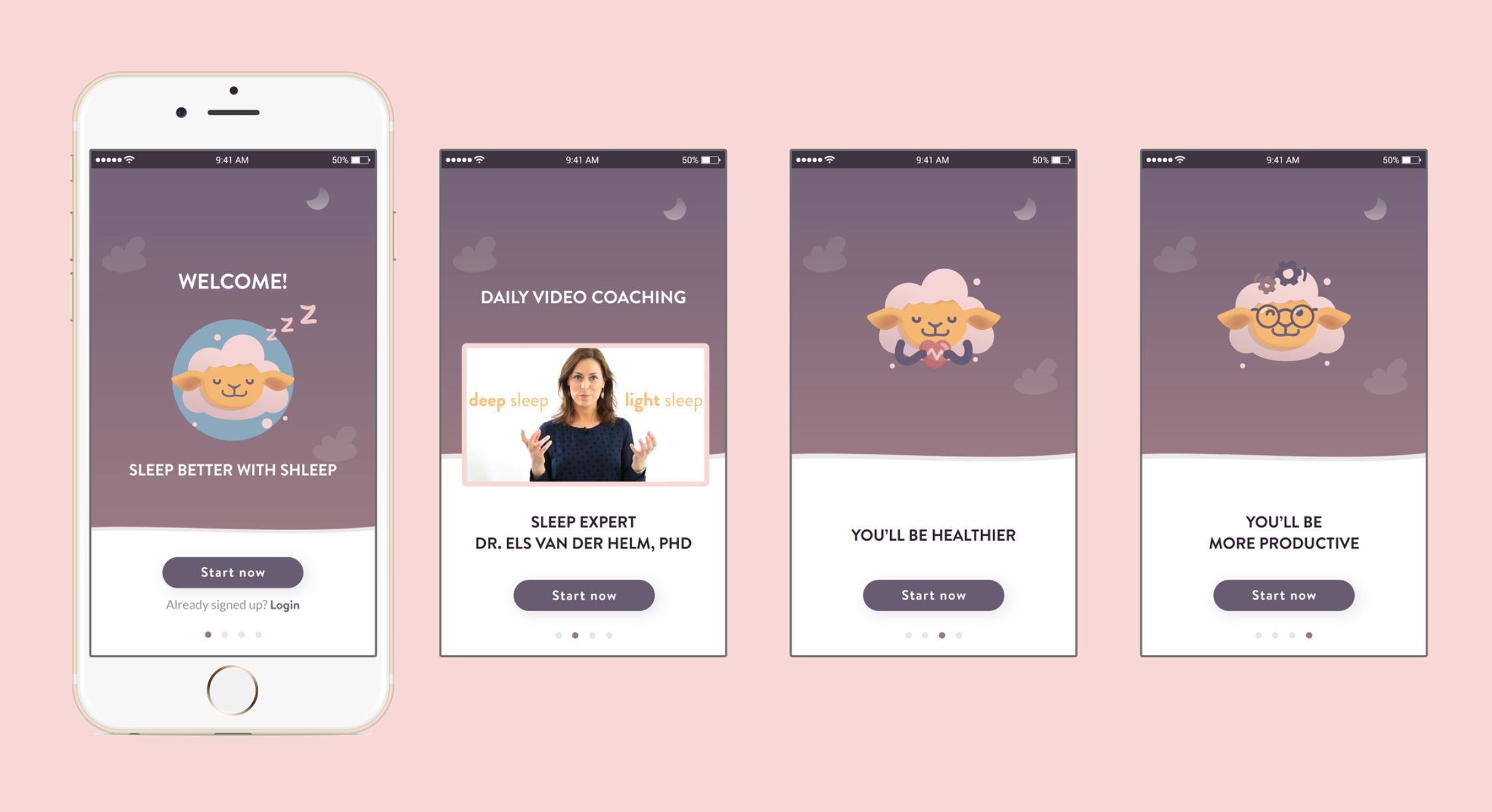 Sounds a bit late-stage capitalismy for my tastes, but hey, I'm all for self-improvement on company budget.

Lest we forget the challenger banks and the blockchain bros

Amsterdam's bunq in 2019 introduced a market place for developers to showcase apps built using the European challenger bank’s open API, and in 2020 became the first digital bank to offer Google Pay in the Netherlands and Portugal.

Bunq also turned 5 in December, and I've gotta say—they're the best banking experience I've ever had.

(And that's not a paid plug—I've just personally been banking with them since April, and their support team's responses are both impossibly efficient and demonstrative of high levels of emoji-intelligence).

I thought this reporting (based off the perspective of bunq's CEO) explained a lot about my experience of their user-centric approach:

"bunq, the Netherlands-founded challenger bank which has so far resisted venture capital (VC) funding unlike its peers, announced yesterday that it doubled its total customer deposits in 2019 to more than €433 million ($476 million).

This may not sound like a lot compared to Revolut’s €10 billion ($11 billion) in deposits – based off its claim that each customer holds an average of €1,000 in their account – but without VC funding and huge amounts of marketing, bunq is not doing badly.

The average deposit held by bunq’s Premium users in 2019 was €2,322, and since the start-up launched its Green Card in November it’s seen more than 70,000 trees planted for every €100 spent.

Niknam points out that bunq, known as “a bank built by coders”, has been “less aggressive” in its marketing strategy, preferring the “build it and they will come” phrase. Of course you need to do a little bit of marketing just for people to know who you are and for them to trust you, but our main driver of growth has been satisfied users.”

2020 was also a big year for Dutch acquisitions in the blockchain space:

📍 Notes on looking at startups by location

Locating startups within their ecosystems and climates is one way to place ideas, products and platforms in context—which can be useful for forming testable assumptions about product market fit or potential appetite for investment.

For example, what's notable about structural and policy conditions for startups in the Netherlands is that they're pretty damn good.

Check out a few of the reasons to move your startup to Amsterdam cited in Startup Genome's Global Startup Ecosystem Report 2020:

For contrast, here are the numbers coming out of Cairo—the only African City included in last year's Global Startup Ecosystem report:

Startups—like people—don't grow to into existence independent of their most immediate contexts, so I think looking at innovation by location can be a useful lens.

What are some of the frameworks you use to evaluate startup ideas or investment opportunities? Let me know on Twitter!

Related Stories
Subject Matter
Enter The Decentralized Internet Writing Contest by @HackerNoon+FreeTON
#promoted
'Smart people with bad ideas can always pivot.' —LA MP Mark Tung by @natasha
#hackernoon-shareholder-series
A PSA to Bitcoin Newbs by @brettschor
#bitcoin
The Pandemic of Childcare by @linh
#hackernoon-top-story
How to Remove Paywalled Stories From Google Search Results by @freeinternet
#remove-paywall
What is GPT-3 and Why Do We Need it? by @dilipittyera
#gpt3
Making Game Boy Games in 2021 with Quest Arrest Developer John Roo by @Limarc
#game-development