Retail, Ownership and Deflation in the Last Mile

Living in 1917, it would be hard to predict that a consumer revolution was about take place in the United States. Though the Model T was approaching its tenth birthday, there were a mere 4.7 million automobiles on the streets. Americans walked everywhere, including multiple weekly trips to local food merchants — grocers, butchers, fruit and seafood markets. There, they payed outrageous prices to sustain a diet based largely on cold cereal and lard. As Marc Levinson writes in The Great A&P, the typical working class family devoted a third of its income to groceries, the average farm family even more.

Other retail categories were either non-existent or similarly overpriced. Clothing accounted for over 13% of the average American’s wallet, compared to under 3% today. The vast majority of Americans lived in rental households, with multiple generations crammed under one roof. More than two thirds of households had neither electricity nor a telephone. Less than 20 percent had a stove. Maintaining these crowded homes as well as feeding and clothing their inhabitants was both expensive and incredibly labor-intensive. There was no real consumer economy to speak of.

But, by the end of the 1930s, this world had all but disappeared. With 23 million cars on the road by 1930, transportation costs began to plummet. Self-service supermarkets began to spring up on the outskirts of cities. Drawn by steep discounts, self-service and flashy marketing, middle class consumers got in their cars and drove to these oversized, gimmicky combination stores, miles away from their local food vendors.

As retail transformed, so did the home. Electricity adoption in cities reached 85% by the end of the 1920s. Over the 1930s, nearly half of American households came to own a refrigerator where they could store their bulk food purchases for far longer than their iceboxes had allowed. Appliances like vacuum cleaners and washers took the drudgery out of housework.

And thus the first consumer revolution began. As highway infrastructure came online after WWII, transportation became even cheaper and more convenient and prices of everyday goods deflated. Both homes and retail stores grew larger and more suburban. In 1962, Meijer combined the supermarket with the department store to give birth to the first big box, which, within two decades, had become the dominant American retail model. Americans came to own their homes and stored heaps of newly-acquired possessions in them.

Second-order effects are exceptionally difficult for humans to grasp. In 1917, you would have been quite forward-thinking to have predicted that automobiles, electricity, the telephone and the radio would reach mass adoption. But the idea that consumers were about to start traveling miles away from their homes to buy from impersonal, warehouse-sized boxes instead of walking a few blocks to a familiar, reputable, well-stocked local merchant would certainly have sounded insane.

You wouldn’t have to be nearly as optimistic a century later to look at the growth of ecommerce from 3.5% of total retail spending in 2008 to 9% today and see a straightforward path to well over 50% in the not-too-distant future. But predicting the bizarre consumer behaviors that are bound to emerge as technologies and business models evolve over the coming years is several orders of magnitude more difficult. To that end, it is worth taking a closer look at how the topology of commerce has continued to evolve into the 21st century.

The Birth of Online Commerce

Over the 20th century retailers learned to respect the economic laws of distribution that ensured products flowed along the cheapest path to the consumer’s home. They scheduled regular truckload shipments to their massive stores, passed on a portion of supply chain savings on to consumers and had them figure out the expensive part themselves: getting to the store, picking items off the shelf and transporting them back home.

But this same lesson blindsided retailers at the advent of ecommerce. While many (most?) dismissed ecommerce entirely, others viewed it as a promising distribution innovation that could offer a convenient way for consumers to schedule deliveries to their homes — a better catalogue, as it were. Some even foresaw that the internet could cause some headaches for brick and mortar retail in the future, but could not compete with the sheer dominance of the distribution model they had built. But, as Amazon proved in the 90s, ecommerce was better understood as a merchandising innovation — creating a much larger and more personalized, ‘catalogue’ than Sears ever could. Starting from gaps in the assortments of larger booksellers, Amazon drew a critical mass of bibliophiles away from Borders and Barnes & Noble.

Ecommerce and The Price of Convenience

During the next wave of ecommerce growth in the early 2000s, retailers discovered that, for some products, consumers were willing to pay for the convenience of delivery. But the drive to the store still remained far cheaper and gave much faster access to products, making the physical store a far better choice for the majority of retail purchases. In fact, the delivery price and speed advantages of the offline retail remain significant for most categories and merchants today. AAA estimates the marginal cost per mile for a small Sedan driving 10,000 miles per year at 55 cents. This cost includes driving costs, such as fuel, as well as ownership costs — such as insurance, depreciation and finance — amortized over the number of miles that each car is expected to drive each year. Assuming a round trip to the store of 2.5 miles each way, the total cost of driving to the store is $2.75. When paying an average of nearly $11 for two-day delivery from major retailers for a $50 cart, this cost compares quite favorably. Accordingly, Prime, which Amazon introduced in 2005, was (and largely still is) thought of as an annual tax on convenience. But, the math on frequent shoppers reveals a changing cost structure.

Without accounting for any other perks of the $99 membership, a customer making more than 36 orders per year can expect to save money on an order by not driving to the store. At an average order value of $47, this equates to a little over $1,700 in annual spend, not too far from the company’s average of $1,300.

This is well worth it for Amazon as the average prime member spends over 50% more on the site than a non-prime member (for more details on the unit economics of prime see this analysis). For frequent online shoppers, therefore, driving to the store represents not just an inconvenience, but an economic cost over and above the price of delivery. As such, these trips are increasingly limited to more time-sensitive purchases, such as groceries, take-out and pharmaceuticals. Indeed, surveys show that groceries and medications are the leading categories of products where consumers prefer to purchase offline rather than wait for delivery.

The Race for the Last Mile

To bridge the gap, startups emerged that charged consumers an average of $5.99 for delivery from grocers and restaurants to extend the convenience of shopping online these more instant-need categories. In 2013, Instacart felt it could underwrite the economics of Express, a Prime-like membership currently priced at $149 that covers free two-hour deliveries for orders above $35. Last month, Postmates announced Unlimited, which offers unlimited deliveries for orders over $20 for $9.99 per month. Amazon offers two-hour delivery on select items at no additional cost to Prime members through PrimeNow and same-day grocery delivery through AmazonFresh for an additional $14.99 per month.

If we assume $1,300 annual spend on Prime over 27 orders of $47, then, with PrimeNow, consumers save on the cost of driving after just one additional order per month. That number is five orders per month for Instacart, four for Postmates and six for Fresh. Meanwhile, retailers like Walmart are catching up and piloting an array of same-day delivery capabilities, including free same-day delivery in NYC. I previously wrote about how Amazon’s pursuit of a dominant last-mile distribution network explains their recent Whole Foods acquisition. As the retail world moves to free same-day and two-hour delivery, consumers are moving an increasing share of their purchases online. Once again, both the business models and consumer behaviors are adapting to create a cheaper path for products to reach the consumer’s home.

As we’ve already seen with Prime, businesses are perfectly happy to make losses on delivery in exchange for reduced friction and increased product sales. But the real power of memberships is less about the transaction and more about building a deeper relationship with each customer. This gives businesses like Instacart greater market power as they aggregate modularized grocers to shoppers with whom they have an exclusive relationship at scale. It also allows ecommerce companies to gather exclusive data on their consumers that they leverage to build a differentiated service.

Transactional businesses have traditionally focused more on the purchasing experience, which generates revenue and margin and less on returns. Even offline returns bring people back to the store where they are likely to make additional purchases, but the ROI for online returns used to be viewed as less clear. This is at least part of the reason why the online returns experience is terrible. Increasingly, businesses building long-term, trusted relationships with each customer that are both personalized and frictionless will fix this. This is the business model of companies like Stitchfix, which delivers highly customized apparel to subscribers and provides an extremely easy way to return unwanted products at no additional cost. Their model appears to be working quite well.

The predictable result of a world with near-instant delivery and frictionless returns will be that ecommerce will devour offline sales. But, the trendlines of distribution costs and consumer behavior also suggest some more interesting conclusions. We’ve already seen how one of the behaviors the 20th century brought us, the drive to the store, is changing as commerce moves online. We still haven’t looked at the symmetric behavior in the home: stocking up. Over the last century, consumers increasingly took fewer trips, to fewer retailers, but bought more things each time. As homes grew larger, so did fridges, pantries, garages and closets. The home transformed into a warehouse for storing the excesses from our retail excursions. Many of these items such as tools, seasonal clothes, air mattresses, surfboards and ski and camping gear, sat unused for 99.9% of their lives. In a world where delivery of goods was expensive and humans terrible at forecasting their needs, owning things was the cheapest way to ensure they would be available to us when we needed them.

But as it becomes increasingly convenient and cheap to quickly summon what we need and return what we don’t, will we chose to own nearly as many things? We’ve already decided we don’t need to own music or movies when we can just stream them whenever we want on Spotify and Netflix. More Americans are choosing Uber and Lyft over buying a car. The same principle will hold in commerce: the cheaper and more frictionless access becomes, the less stuff we’ll need to own. These new consumer expectations in the last mile will drive growth to services like Joymode,* which delivers everything consumers need for amazing experiences and takes it back when they’re done, for fractions of the cost of buying the equipment and with far less clutter. (*Disclosure: Lowe’s Ventures is an investor in Joymode.)

So much of what we can do is limited by what we own. We’re hesitant to try new things, lest we commit to a lifetime of owning expensive products that we may never use again. As it becomes easier to both quickly receive products and return them at near-zero marginal cost, the need for ownership will diminish. We’ve already noticed early signs of this evolution in the fashion market with businesses like Le Tote and Rent the Runway. As the new distribution paradigm of the 21st century unfolds, you can expect access to notch many more victories over ownership in the coming years. 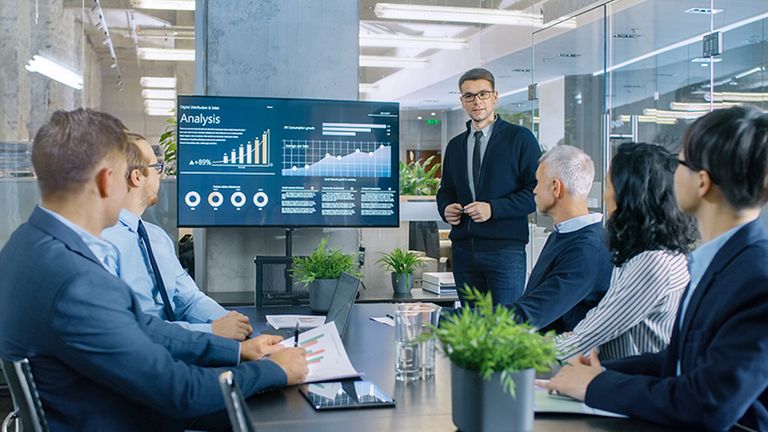 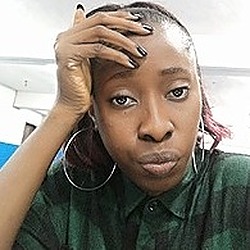