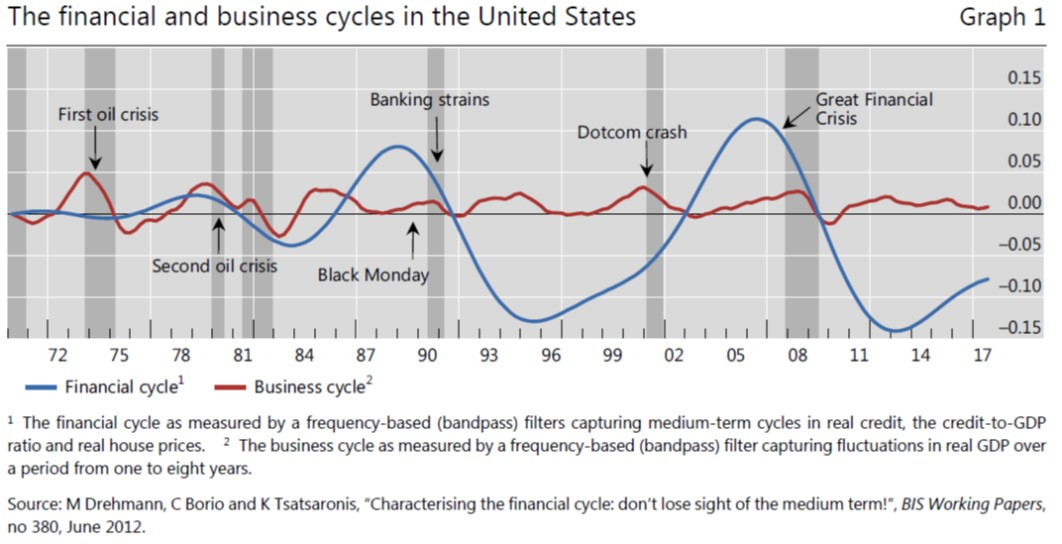 If Predator-Prey Economics existed as a field of study, it would address human economic interactions from the perspective of Resource Competition Dynamics. Predator-Prey dynamics have been applied since at least 1967 to model the growth cycle and later, Debt vs Capital, its most intuitive use, considering the former feeds on the latter to survive. This use of the model is even more relevant when interest from Debt accrues at a greater Internal Rate of Return (IRR) than recurring income from Capital. In this case, their “predator-prey” dynamics produce an unstable feedback system. This is precisely the outcome that Graph 1 conveys and that Hyman Minsky’s 1985 Financial Instability Hypothesis foresaw: The leverage to income ratio grows exponentially in a wave of ever larger amplitude. Yet, in a world run by hard-core Keynesians (not Post-Keynesians!), it’s only fitting that neither the chart showcasing every stage of our generation’s super-Minsky cycle nor its dire prognosis for the future, shall surface until our true Minsky Moment arrives.

The cyclical behavior of the exponential IRR functions shown on the chart seems independently produced until we use predator-prey dynamics to probe for interdependence. We find they are tracing an unstable feedback system[6], better known in economics as Minsky’s Long Cycle Model[4] of Debt vs Capital, where principal + interest (Credit to GDP in blue) traces Predator size, while capital + income (GDP in red) traces Prey size. Coincidentally, just glancing at the chart explains why Greenspan and all subsequent G7 central bankers began their barely-disguised, rate-cutting race after 1985. Yet, lower rates can’t stop the system’s leverage from spiking, when central banks formally (via QE) or not, swap impaired-loans for fresh sovereign debt, after every financial crisis.

In sum, the chart’s extraordinary fit to Minsky’s Long Cycle model suggests that on August 15th, 1971, the world’s Advanced Economies unleashed a destructive feedback system that is now approaching its final stage. Reaching this conclusion, however, requires using a methodology we reserve for the analysis of non-human ecosystems. For when it comes to human economic interactions, rather than nonlinear math, we apply politically-motivated doctrines, posing as science. A reality that leads to a few more observations:

What separates science from non-science is the margin for interpretation.[1]

Though Economics introduced many appealing concepts since Adam Smith’s original theories, static assumptions can only randomly describe the nonlinear nature of human interactions. Yet, two decades into the 21st-century, we keep applying grossly inadequate arithmetic recipes to manage our global resources, despite knowing, for instance, that a pair of simple ODEs developed in the 1920s can help us trace and understand the high vs low exponential IRR interdependence that governs financial vs business cycles. Hence, instead of advancing Economics to serve billions of people, we have enabled it to become every snake-charmer's quintessential magic wand (aside from his mandatory 64,000 crayon-case of Misleading Indicators[2]).

Curiously, submitting Economics to scientific rigor could save the lives of millions.

As the real dynamics governing Economics become obvious to everyone, illusionists like those presently devastating Venezuela, Argentina or Brazil* would be rapidly recognized. Even G7 central-bank intentions become instantly transparent: For instance, on the BIS chart above, notice that since the 70s, the US financial and business cycles are tracing a pattern of predator-prey dynamics[3] of unstable focus (a system that keeps moving away from equilibrium after any initial shock), better known today as Minsky’s “Long Cycle.[4]”

The good news is human economics follows natural laws common to all living creatures, and we already know how some of them work.

The bad news is Minsky’s “Long Cycle” tracks top-down controlled[6] predator-prey dynamics. Hence, as unlimited bailouts by central banks/governments make unlimited predation possible, the predator-prey ratio escalates exponentially until it collapses at full tilt (The Minsky Moment). While extremely rare in nature, Arditi-Ginzburg’s paper[6] describes the process succinctly: “For very efficient predators, the only possible outcome is the complete extinction of the system: the predators die out after exhausting the prey.” Fortunately, in the case of Debt vs Capital, predator size collapse only means that as excess-debt collapses, excess asset-prices dissolve and a brand-new cycle begins, where prey size (GDP) grows initially unchallenged (bottom-up controlled), as happens in nature.

[4] Minsky’s “Long Cycle” is typified in the BIS chart by the US financial cycle’s pattern of greater amplitude waves (characteristic of unstable feedback systems) that forms over decades, as the proportion of Debt to GDP rises exponentially with each oscillation

[5] “Predator-prey dynamics” equations have been applied in economic theory, since at least 1967, when Richard Goodwin used Kolmogorov’s version. Their application to Minsky’s Long Cycle was first proven by Asada in the late 90s, then Keen and others

Related Stories
Subject Matter
Partner with us for Digital Product Development by @AWH
#promoted
The Bitcoin Driven Power Shift from Bureaucracy to the Masses by @olairet
#bitcoin
Everything You Need To Know About The SaaS Business Model by @mattkoscielak
#saas
How To Retrieve Company Data With Python and yfinance by @codingandfun
#finance
What is Hybrid Work and Why is it the New Norm? by @runningremote
#business
The Precariat: A New Social Phenomenon by @golubev
#state
Nakamoto's idea Vs The Real World: How Bitcoin Is More Mainstream Than You Think by @tanveerzafar
#btc