Originally published by Corey Harris on May 25th 2018 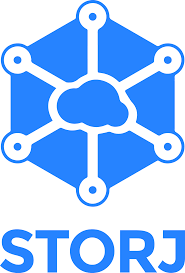 The goal of this post is to walk through different token incentive models and consensus protocols which do a great job of balancing each separate stakeholders’ (miners, token holders, end-users & etc.) interests and incentivizing positive behaviors.

Storj is one of my favorite blockchain projects because it’s solving a systemic Blockchain issue, data storage-which is their key economic incentive. Saving data on the Blockchain is very expensive and costly. Storj’s goal is to be the Dropbox of the decentralized web. Storj’s consensus model is proof of retrievability. Unlike, proof of work or proof of stake consensus models, which require specialized mining ASIC chips-storage blockchains, only require consistent internet connection and available storage on your laptop or PC to host data files from their network. Once, decentralized storage become more popular, specialized equipment may be needed.Their consensus model,Proof of Retrievability, double checks and makes sure that all storage nodes on the network, are honest about their data space availability. The data stored on the network is encrypted and sharded-each node will not know exactly what and whose data they are holding.

NEO is an infrastructure blockchain. NEO’s team wants to support a smart economy and solve on-chain governance issues, and throughput limitations (faced by Ethereum and Bitcoin). They do this by instituting a delegated proof of stake model where NEO holders are able to vote for the most trustworthy block miners and hard forks are not allowed. They only have two tokens and NEO, the main token, is used for voting on major issues with the blockchain. The main token is not a transactional crypto-currency. Their NEOgas token is an “interest-bearing” token and is earned by holding onto NEO token longer. Token holders are notorious for not being loyal-do you blame them? With NEOgas, token holders are incentivized to build a trust filed network. Token holders and nodes are incentives are aligned and are incentivized to make decisions about NEO’s future could make the underlying technology better and crypto asset values more stable (and valuable).

Steemit, a social network similar to reddit, accounts for one of the biggest majorities of Blockchain transactions. It lives on the application layer. As mentioned before, the application layer token incentive models, usually differ from industry (and even dapps) due to the complexity of end-users’ specific behaviors. The best aspect of Steemit, is that it has a token called Steem Power, which is a voting token, and isn’t represented as an actual token. Sorry for the confusion. Token holders of STEEM are given more Steem Power, voting rights, the longer they hold their main STEEM token. This incentivizes all key stakeholders to be more loyal and gives the most loyal token holders a stronger presence on dictating Steem’s long term strategies. As a result, Steem attracts token traders who believe in their platform and makes it’s token value a stronger store of value than most tokens.

Bitcoin, has the best incentive model. Even though, the major benefit of the platform is felt and realized by miners-Bitcoin birthed the entire Blockchain and DAG industry. One thing that’s interesting about their token economics is that it’s the gift that keeps giving. Bitcoin has and will continue to have a huge amount of hard forks and the beauty of this is that it has single-handedly on-boarded more people into the crypto-currency space more than any other crypto-currency. It does have some huge fallacies in that the miners dictate all the software updates and are keeping the block size small and hence, keep Bitcoin’s value inflated.

In part two, I will discuss my favorite token economic models and why. In part three, I will discuss systemic token economic issues. I would like to thank Blackchain for proofreading this post. If you have any recommendations on my analysis, feel free to share. I am not a financial advisor, and this is not investment advice. If you are interested in learning more about crypto. Subscribe to my newsletter here for latest crypto industry updates.