On Alternative Schools in India 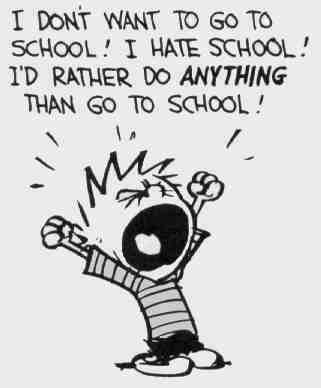 This post is an attempt to answer a number of questions on alternative schools asked by a member of a group that I am part of. ‘Bangalore Schools’ is a vibrant community on Facebook where parents, teachers, school owners and others come together to discuss, share, ideate, vent and more on all aspects related to education and children!

What are Alternative Schools?

‘Alternative schools’ are gaining popularity not only in Bangalore, but all over India. Thank God for that! More often than not, they have been started by people who are not happy with the way mainstream schools operate, and who believe that there are better ways to bring about outcomes in education. Many alternative schools come to be as a result of dissatisfied parents whose children went to mainstream schools, and who are confident that there are better ways to teach and to learn.

They seek to bring about changes in the way we teach, and the way students learn, by moving away from the ‘rote learning’ factory type system of education that has been so prevalent not only in India, but all over the world for the last two hundred and fifty years.

As audacious as that sounds, alternative schools usually look to teach in ways that are varied and that involve the learner fully — not only using a blackboard, with a teacher standing at the head of a class of 30 or 40 or even 60. A lot of learning happens through activities, role play, experiments, discussions, group work etc.

Given that they are run by educators who think the system is currently failing most of its students, they don’t stick to text books and syllabus. The dire state of textbooks in CBSE and ICSE schools back me up here — they are the most boring, unimaginative and badly written books you are likely to come across. Educators at alternative schools therefore look to use a variety of methods apart from textbooks to bring subjects alive for children. This might include the use of technology, live projects and experiments, innovative use of the immediate environment to teach mathematical and scientific concepts, games, group discussions, role play, music, movement and more. It really is down to the creativity and nous of the educator.

As far as philosophy goes, alternative schools usually mean it when they say ‘each child is unique’. Given that they are smaller in size, with smaller class sizes, children usually get a lot more individual attention, and are allowed to move at their own pace. This is made possible because the educators don’t expect all children in a class to level up to one standard as is the case in mainstream schools. Anyone who has taught in a class, or even been part of a class, knows that there are multiple skills and abilities in any class — and alternative schools understand and use this dynamic so as to ensure all children are getting an appropriate level of challenge. So children who need more support are given this support, while those who need more challenge are given this challenge.

Another aspect of the philosophy is that most educators at alternative schools appreciate that the future is largely unknown, and that the best we can do is to ensure children can adapt, learn and re-learn, as that will equip them with the skills and abilities to navigate a world which seems to be changing and evolving at warp speed. The future cannot be ‘mastered’ by getting high grades, as most children are led to believe. It can only be ‘lived’, and therefore mindset is probably more important than anything else in navigating a future we can’t predict . For me, personally, this means living with a mindset of ‘whatever happens, I’ll be able to figure it out’.

Key to developing such a mindset are the following:

Now let us cover some misconceptions people have about alternative schools.

Again, not true. If anything, they have a variety of activities that children can spend their creative energies pursuing. Also, the academic program is carefully planned to give children as much of an exposure to a topic as possible and to go beyond the classroom.

Again, no. NO! They do, but they have a different approach to reaching academic outcomes and milestones. The approach used in alternative schools is more likely to make a child a well-rounded and analytical thinker than an approach of primarily text-book based learning. The focus is on giving students the opportunity to develop well rounded personalities and skills as opposed to making them number crunching nerds.

4. What if I don’t understand the philosophy but it is the approach my child needs?

Haha! Well, you not understanding the philosophy is more a function of your values and beliefs about the world than anything else. At the end of the day, you have to choose a school which feels right for you and for your child.

5. Are these schools affiliated to Boards?

Yes, almost all so called alternative schools will offer exams of some board or the other. After all, credentialing and signaling are two important features of any education system, so this is a given.

6. These schools don’t have the facilities and infrastructure of mainstream schools.

Probably, but a swimming pool does not maketh the man. Also, since these schools are usually started by passionate educators and not real estate behemoths, they are not as well funded. But given how important sport and other activities are to all round development, these schools usually use outside facilities for this purpose. So it’s not all that bad and children don’t miss out due to a lack of infrastructure. On that note, I envision that alternative schools come together to share facilities and infrastructure in the near future.

7. What is the chance these schools might get shut down?

As mentioned above, these schools usually are affiliated to boards and therefore the chance of this happening is slim. Unless a serious incident calls for shutting down of the school. There are lesser chances of such incidents happening in alternative schools due to the lower number of students.

To sum up, the term ‘alternative’ has stuck because there needs to be an easy way to refer to such schools, and since they are quite different to the norm, they are referred to as alternative. But that should not put you off because they are working towards a well defined set of objectives, and if you identify with those as a parent, then the decision to choose an alternative school is much easier.

A question I often ask parents is

Were you happy with your schooling and did it prepare you for life?

The answer is usually a big, fat, resounding NO. Well, then its probably time you look at the ‘alternatives’ available to you!

People who run alternative schools know that boards and governments and other so called policy makers cannot be relied upon to take us where we need to go. Just imagine putting your future in the hands of a board which thinks mathematics is no longer needed. Does that sound ridiculous to you or what?!

Alternative educators also understand that government bodies and boards are severely lacking in their understanding of what children need in order to be equipped for the future. And therefore they choose to build the future for themselves, as opposed to waiting for governments and boards to come round to what the world needs, which hardly ever happens in time.

As someone who runs such a school, I can confidently say that the era of textbook learning, rote learning and compartmentalized classrooms is coming to an end.

There is nothing natural about putting 40 children into a room, making them sit on chairs for 4+ hours a day and insisting they copy stuff from a board into their books, all the while listening to a ‘teacher’. That is NOT how learning happens!

There is nothing natural about following a text book which hasn’t been updated in years, when all of the world’s knowledge is available to us, whenever we want, and in multiple formats

There is nothing natural about making children spend hours upon hours writing, when there are so many other ways to express oneself — voice, art, drama, type, video, doodling etc.

There is nothing natural about focusing on individual success when everything we do as adults involves teams and groups and working together. Individually, you may go fast. But together, we can go far.

There is nothing natural about the current pattern of learning — which is linear and segregates all knowledge into specific compartments called subjects. When someone asks you about your job, you tell them what you do as an amalgam of various skill sets, not by breaking it down into its constituents.

There is nothing natural about an education which lacks context. WHY is a question every learner asks him or herself repeatedly. If the answer to WHY is not clear to a learner, the process of learning dies an abrupt death.

Hopefully, this gives you a better idea about why ‘alternative’ schools are surfacing all over the country. Do you have more ideas on how we can improve education? Send me a note on Twitter or here!