Nvidia Vs Amd Graphics Card: Where This Never-ending War Lead Us

Photo by Uriel Soberanes on Unsplash

Who is the real "BOSS of Graphics card" is yet to decide, what I see is, this phase to bring up the winner is not coming anytime soon, since they both are on each other's throat for so long.

Am I exaggerating? But what should I do when things look like this already.

It’s open yet home to the most demanding gamers and games. It’s backwards compatible yet powerful enough to deliver on the promise of whatever’s next- via Nvidia newsroom

On the account of anticipation as a Tech writer, I truly believe what next to come will be more and new innovative features will going to add.

However, I am not here to put statistics of both the competitors in front of you and who had started first, which I am very much sure no one is interested to know. Honestly I don't have any interest as well in digging there graves and conducting an autopsy on each of every GPU they have released in the past years.

The whole debate is just going and going without putting a stop and both are still struggling to become the best among all. Who monopolize the market of graphics card and who will be on the cover is just transforming into another war nonetheless. Though, this similar competition is faced by the people who want the best graphics card for video editing and rendering as well.

I am no doubt the most craziest person on this planet (let me know if my twin exists) who is always got freaked whenever a new release of graphics card or a processor took place. There is the launch, here I am who want the newborn to be the part of my system, whether its Nvidia, AMD or Intel.

Let's get to the point, if you are a game enthusiast or an animator, you certainly would not settle for less when talking about the graphics of your PC. The same goes for millions of people who belong to professional world and are not in a mood to make any compromise.

Nvidia and AMD has there own benchmarks in different grounds, where they outperform and beat each other, on which if we compare both, it would be an unjustified act.

For instance, when it is about the budget graphics card, AMD dominate. Whereas when its turn to top notch performance, Nvidia is the only the bait.

Which is the best Nvidia graphics card in terms of performance? - The beefy performer.

In the end of the year 2018, I was very fond of GeForce 20 Series that is the Nvidia TITAN RTX with the 18.6 billion transistors, which is the top among its peers in the series. It has 1350MHz base clock and goes up to 1770MHz boost clock. At that time it was a nice configuration with 24GB VRAM GDDR6 Bus type, a solid competitor for all.

Then it wasn't late when in the month of July 2019, another release of new Nvidia GeForce 20 series join the battalion. Certainly, another best struck to all the gamer in the name of GeForce RTX 2080 Super. This is a pricey pie yet a powerful GPU, accelerates performance up to 1815MHz boost clock with the base clock of 1650MHz.

With this GPU, my experience is simply amazing. The RTX 2080 Super comes with possible rectifications of its predecessor RTX 2080, however less expensive compared to its older version.

Perhaps the best choice for 4K and 1440p gaming. With its Turing Architecture, Nvidia RTX 2080 Super provide seamless performance in the high end gaming. You will get up to 60FPS whilst playing the Shadow of the Tomb Raider, Battlefield V or Assassins Creed Odysseys and many similar latest games at medium graphics settings.

Which is the best AMD graphics card in terms of performance? - the budget GPU.

Here is the AMD, a well known as a cheap graphics card. Although, they are less costly, the performance is quite good but not that awesome to replace Nvidia graphics cards.

I own Radeon RX 5700 XT in my system, it was launched in the month of July 2019 side by side to Nvidia GeForce RTX 2080 Super. Keeps me very happy while gaming. Indeed, the ever best GPU that calls a crowd in no time, specially the gamers.

Its RDNA design is made for intensive gaming sessions that pushes me to the next level of entertainment. The frame rates in a gaming is not much different from Nvidia GeForce RTX 2080 Super.

Talking in technical language, this chip is more dedicated towards the gaming and E-sports. Now talking about when I bought this Radeon RX 5700XT, it is a 8GB GDDR6 graphics card. Its base clock allows me to perform at 1605MHz base clock, although if you need to overclock, its performance goes up to 1905MHz with 448GB/s memory bandwidth. Ensures you get the incredible performance in all regards.

Above are the features of both the Nvidia and AMD graphics cards. The matter of consideration here till now is they both are launched in the same month and in the same year. Both are equally efficient in terms of performance whether its simple computing, streaming, browsing or gaming.

One is budget graphics card and other is the little cheesy comparatively, with more or less same level of efficiency and performance.

But the question is, is it possible to compare both of them other then performance and price?

The answer is a big No. Frankly speaking, its like comparing a goat with a sheep and its not justified to do so.

You can't compare CUDA Cores with Stream processors, Nvidia G-Sync with AMD Free Sync. Both the synchronization Technologies and software, they operate differently to provide the required outcome and have upper hand in different segments.

Therefore, the battle to compete with each other seems like it is not going to end, might be in future but not now nor was in past few years we got any results.

My experience with both the graphics card is quite good, both delivers stutter free and lag free frames in which real time ray tracing is there to give the rich content, whether its gaming or video animation/editing work.

Summing up, if you are under the tight budget yet in a dire need to build your PC in order to get the same top notch performance then AMD Radeon RX 5700XT is the most reliable option. On the other hand, if you are not bound in a budget constraint, then Nvidia GeForce RTX 2080 Super is there to meet your graphic needs in a quite impressive way.

Hence, better to not to compare both of the competitors, although they are rivals but there path or should say mechanism to fulfill the graphics need is different.

Consequently, I would suggest to wait for the time when one of them is really going to climb the ladder in more than one step and left the other behind. However, just wait and watch like me and hold the breathe on every up coming release in the expectation to get the winner out of it.

New Weapon in the Fight Against COVID-19: Digital Health Passports 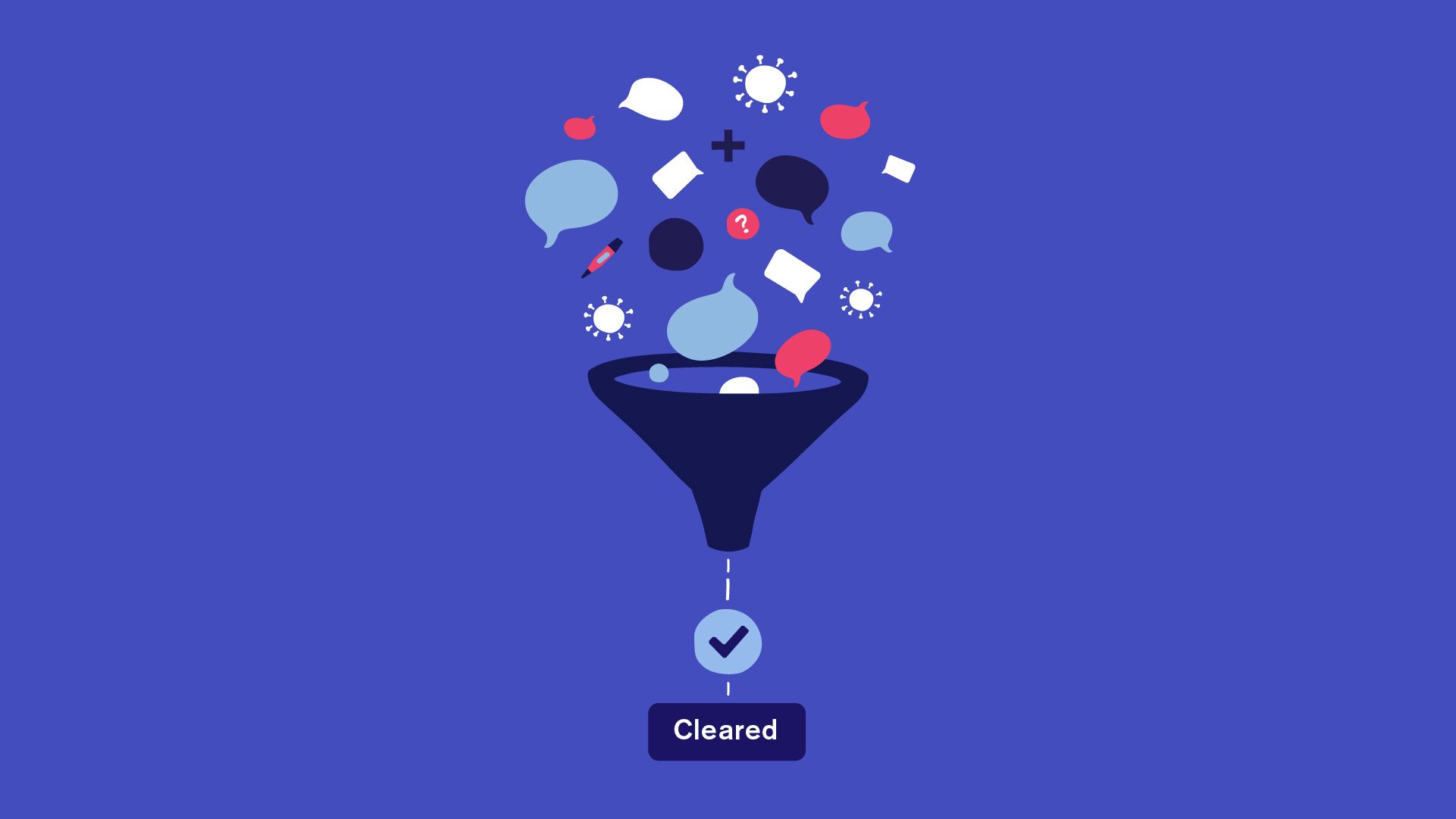