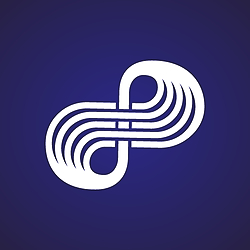 Nodle is excited to announce the release of its own blockchain, Arcadia, leveraging Polkadot Network and Parity Substrate.

While Stellar has been able to handle the Nodle Network very well, it wouldn’t be able to support all of the features described in Nodle’s White Paper. As such, we built Arcadia, which is now live and ready for public testing.

Eliott Teissonniere, Nodle’s Blockchain Architect, who is leading the effort to build the Nodle Arcadia Blockchain, explains why Nodle needed its own Blockchain.

“The launch of Arcadia is a leap forward for the IoT and Blockchain ecosystems. It represents the first public version of a central component of The Nodle Network that will be in charge of securely and privately maintaining IoT data transmitting through the network. Arcadia will support use-cases never imagined before, and serve as a test bed for new features that would then be deployed to the main Nodle Network after thorough testing.”- Eliott Teissonniere

Arcadia is built on the Parity Substrate framework, which allows for its assembly in a modular and future-proof way, where we can easily maintain the network and collaborate with the community to develop and share new modules. It’s also a self-amending ledger, which means that the network can upgrade itself, add new features, or deploy bug-fixes in a matter of minutes, all without having to fork it.

Furthermore, Arcadia will see the addition of new features supporting IoT device identity and security, along with our Proof Of Connectivity model, which will be ported from its original Stellar implementation to a more decentralized architecture.

When we consider the Arcadia Blockchain to be production-ready, we will deploy a second network to serve as the primary network, powering the everyday transactions on The Nodle Network. Our plan though is not to make Arcadia and its upcoming production-ready twin a standalone blockchain. Through a future upgrade, Arcadia will become interoperable with other blockchains; Stellar’s Testnet being the first one.

Arcadia will capitalize the efforts of the surrounding ecosystem in order to make The Nodle Network a bigger success. Additionally, we are exploring the possibility for Arcadia to become a “Parachain” on both Kusama (Polkadot’s Canary Network), and the Polkadot Network for the production-ready variant.

“We are very excited that Nodle has chosen to build Arcadia on Parity’s Substrate framework.” Eric Wang tells us, Ecosystem Development Lead at Parity, “Nodle has been very active in our community as a member of our selective Substrate Builders Program and has made technical contributions to our ecosystem. With its newly enabled functionality, The Arcadia Testnet is a major step towards Nodle’s vision of a more connected world, enabled by IoT and blockchain.”- Eric Wang, Ecosystem Development Lead at Parity Technologies.

In summary, the Arcadia Testnet is the first iteration of an initiative that will lead the deployment of a new, production-ready blockchain. It will allow for a faster, more secure and flexible system for The Citizen Network (Nodle’s IoT Network of Nodle Cash holders) as well as Nodle’s clients worldwide.

If you would like to run a node and join the network please view Running a Nodle Chain Node.