No, No-Code Will NOT Kill Code, Ever. Period. 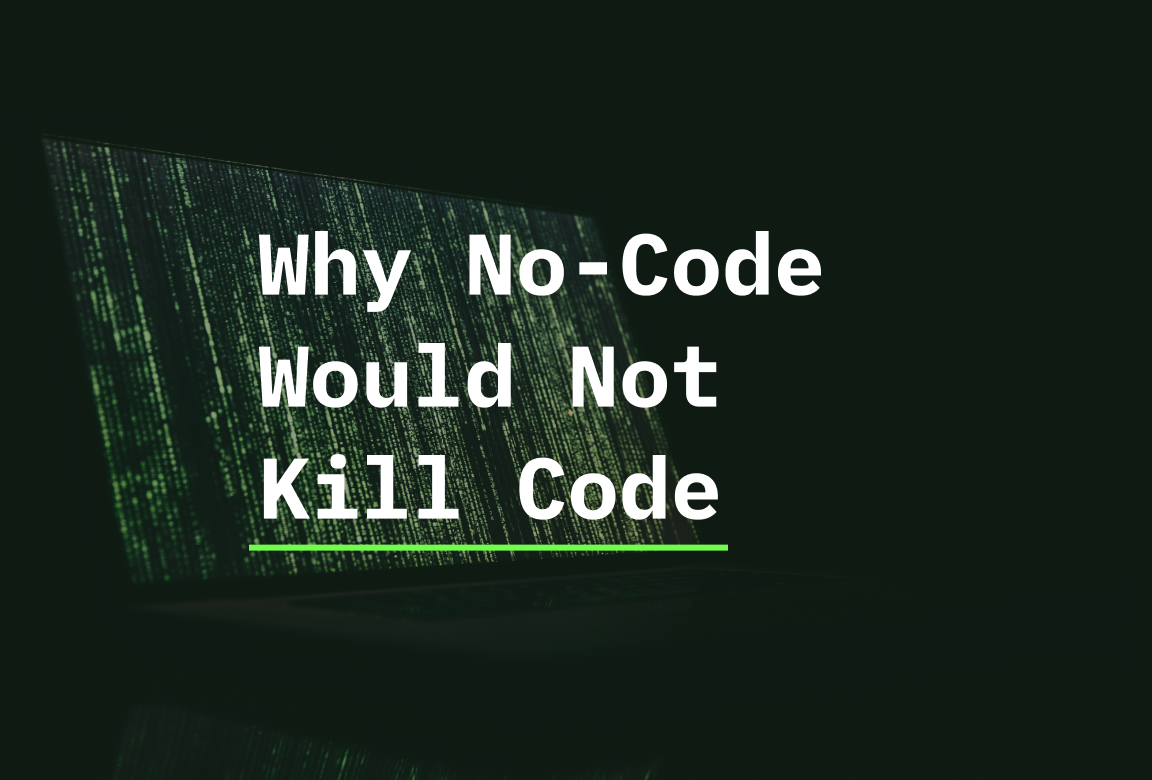 But before we get started, let me briefly tell a bit about my background. My name is Roman Sevastyanov, I have seven years of experience in software development, mostly in the web stack. I've been creating payment systems, which processed millions of dollars, high load projects with a flexible architecture for massive TV ads campaigns.

So, as you may see from the circumstances I was surrounded by, I'm from that world where physical servers were in the office because of security reasons, and it was considered normal. In that world, no-code tools do not exist because they would be running on remote servers, and there is no control over that technology. Everything changed three years ago when I started my startup journey.

My first startup was SaaS apps for Shopify, Weebly, and other e-commerce builders. These apps were sending Slack notifications when the transaction happened, or holiday marketing calendar to plan better activities. I just made my first step into the startup world, and of course, I made a severe mistake.

I WAS TRYING TO CREATE SOFTWARE LIKE I'M STILL IN TECH ENTERPRISE WORLD.

I've been too focused on the right architecture and good code base instead of growing. Of course, everything was made by guidelines and built from scratch. We even hired a full-time developer as our first employee. We spent about six months building a few apps. And also launched two, but we eventually closed the company. Because when you are the early-stage startup – YOU NEED TO ITERATE AS FAST AS POSSIBLE. You can't spend more than a few weeks to test your hypotheses.

My second startup came from the first one when we've been hiring developers — we have seen so many developers with a lack of soft and hard skills. So we decided if there are not enough developers – we'll teach them because from another side there are many tech companies who will pay us for that. We learned a lesson from the first startup launch and decided not to code at all and use SaaS tools only.

So our stack was the following: 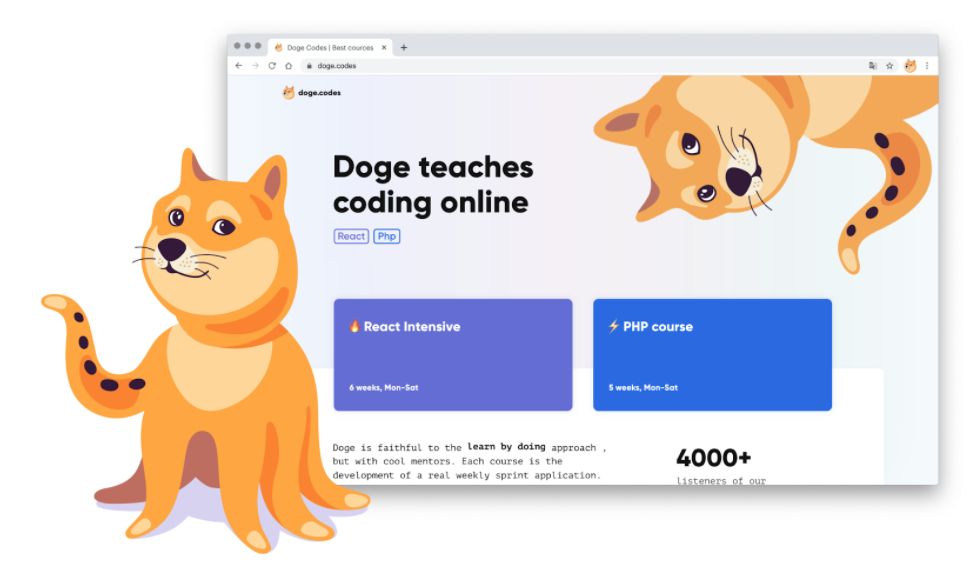 That's was way more productive and cheaper to do than building from scratch. You basically can configure everything within a few weeks, and that's it. Just a few weeks to create and integrate your entire tech infrastructure. That's smoothly allowed us to create a white-label online business on other software.

Here what I've learned – No-Code is truly powerful ONLY when you use it with code.

Nowadays, it's tough to implement all of your product ideas without a line of CSS or JS code:

Anyway, even with these few lines of code-patches, I think it was an extremely No-Code stack, which allowed us to iterate faster. But like everything in this world, it has some dark sides and limitations:

Eventually, we closed our second startup because of some other reasons, which may require yet another blog post to explain everything ;-)

So, here we were coming to my third startup – https://awesomic.io/. Awesomic is a web app, which connects designers and clients directly on our platform. The platform helps to eliminate the clients’ need for dealing with the whole designer hiring-managing process and gives an opportunity to get any design task done within 24 hours. We made sure to create a predictable and clear pricing and task management system and to implement all the functionality on one platform.

Providing such benefits to our clients would never be possible if we used only no-code tools as with the second startup.

So here I've chosen another strategy. We decided to use:

We always choose Paid Code tools over Open-Source when it's reasonable. Super popular Open-Source libraries are often stable. That's not a case for a niche tool with a smaller community. When a library or tool is not backed by a big company (like Gitlab CI, or React JS) or doesn’t have a huge community (like Laravel) – it’s always better to choose a paid tool with continuous support over license time.

I'm not trying to avoid code at all. I'm trying to use all the advantages possible to get from the Code and No-Code tools. When there are reasons not to code and use a paid JS library with yearly support – it's better to do it rather than focusing on code from scratch. When it's possible to automate some process with Zapier or Integromat – I'll choose it too. But in some cases, it's worth making it from scratch to provide a better experience for the users.

Always analyze your product strategy, limits, and resources you have before deciding on using or not using some tool.

Take a look at No-Code Advantages and Weaknesses

Each business has three main things:

No-Code allows you to focus on Distribution more from the early stage because Product creation is fast. But still, you stay limited in the Product and Business model (especially with pricing) too.

Less-code allows you to launch almost at the same speed, but it doesn't have such Product and Business model limitations as with only No-Code tools. In my own experience, when you are something with No-Code, and it takes 1 day to implement. You'll do the same thing in 2 days with Less-Code, but you'll be more flexible in what you are creating. And it may take 7 days to make the same thing coding from scratch.

The Future of Less-Code

Less-code tools are like chemical elements of the future of the Internet. Each of them implements a small thing, sometimes useless as the thing itself, but in the right combinations, it may create new virtual gold, virtual animals, and even virtual humans.

Startups which are focusing on the right sector of these chemical elements may one day dominate in that area. Imagine being only one in the world producer of the Helium? Just because you were the first one with the right quality of Helium. The same thing nowadays happens in the less-code world. One day Webflow may become the number one "chemical" element of website building. And I'd like Awesomic to also be a design "chemical" element of the future Internet. 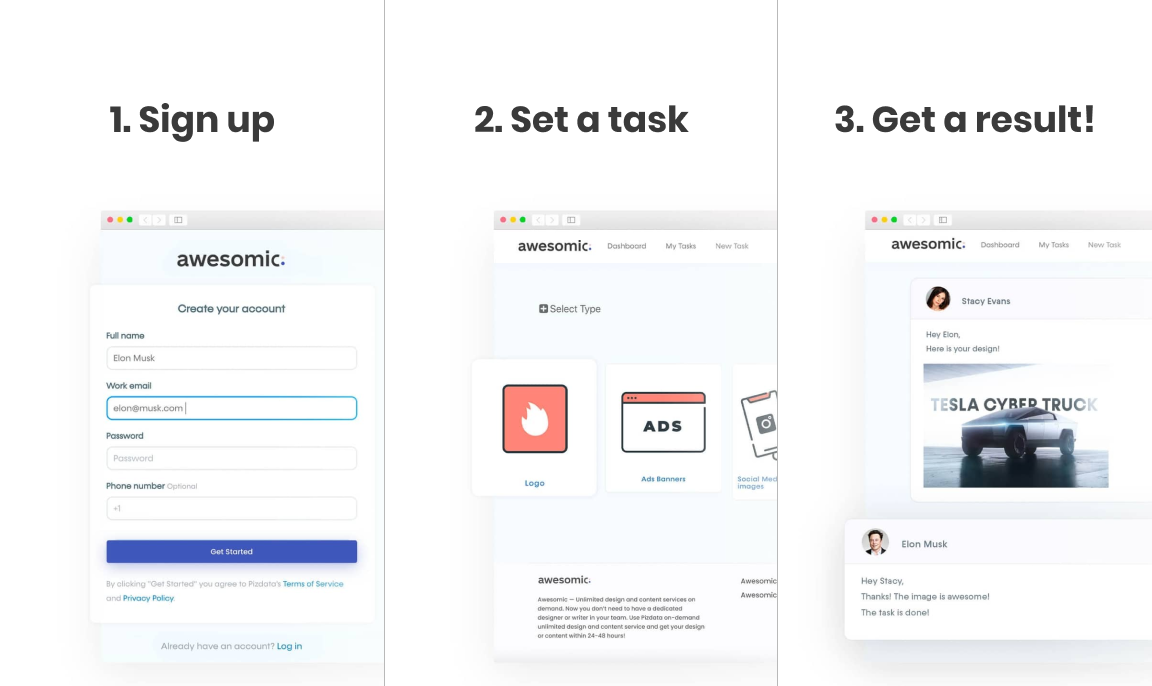