My Experiences with Overcoming Depression 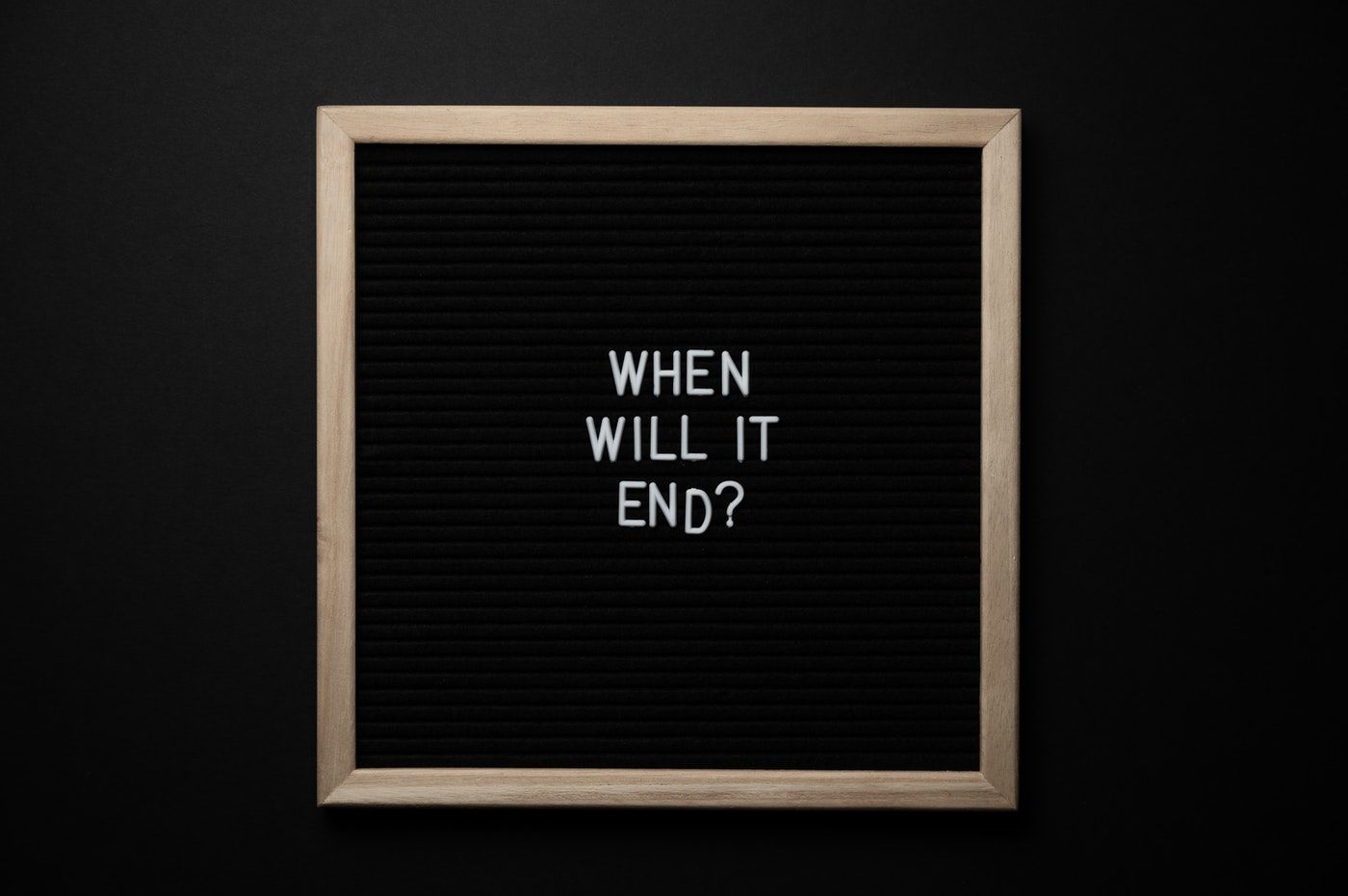 In March 2015, I visited a psychiatrist for the first time. I was frightened. It had been around 4 months since I started suffering. I remember I woke up one Saturday morning in November 2014 and felt stressed for no particular reason. My body was behaving awkwardly. I was experiencing a level of sensitivity I never had before. Suddenly, I was able to feel other people’s physical presence in the room, to sense their moods. I became restive. It was troubling, to say the least.

The autumn season had just kicked in. The days were getting shorter, the nights - longer and colder. My sleeping disappeared completely in the first few days of that unusual Saturday morning. Every night I felt tired and sleepy but as soon as I went to bed my body would start having multiple nervous tics that were preventing me from falling asleep. In the mornings I would get up feeling like a shipwreck. I was restless during the day and couldn’t do anything other than sitting isolated in my room and staring at the ceiling in profound silence.

Soon, I went to see an ophthalmologist because of poor eyesight. I attributed it to the lack of deep sleep which had extended from a couple of nights to endless weeks. The doctor said my eyes were pretty much in good condition but advised me to consider visiting a neurologist because of the other symptoms I had. I already knew my body was not functioning right but I was afraid to find out what exactly was happening to me.

The anxiety was getting severe every day. I kept isolating myself further both from my family and friends. I rarely went outside of the apartment because I felt that people on the street were watching me. During the long winter nights, I tried to relax my body as much as I can. Unfortunately, the nervous tics kept my brain awake. I began to take Melatonin pills before I got to bed but they didn’t help me fall asleep. I was in a desperate situation.

Somehow, I survived the last two months of 2014 and welcomed the new year with one voice screaming in my head:

"You must do something or else you’re going crazy!"

I trusted the ophthalmologist and booked a visit to a neurologist that she recommended.

In the midst of these agonizing first weeks of 2015, I went to see my GP doctor and later talked to a close friend. Both of them hinted that I might be suffering from depression.

Not long after that, all hell broke loose and I found myself browsing the Internet hectically, consuming everything that Google served me as results for "depression" - medical analyses, personal blog posts, forum discussions, you name it. Until then I had always connected the state of depression to just having bad mood for a couple of days.

At the end of January 2015, I checked in with the neurologist. She examined me and said my body was functioning properly but I needed to take antidepressants to overcome the anxiety and paranoia I had developed since November 2014.

The doctor prescribed me pills, instructed me how to take them, and forbid me to read anything about depression on the Internet. She advised me to start walking in the green areas and parks of the city, avoiding public spaces with lots of people and high levels of noise. She said I should trust her, take the antidepressants according to plan, and encouraged me that everything was going to be fine. I just had to be patient. We agreed to meet again in a month.

The moment I left her consulting room, I felt an immediate relief. Finally, I was diagnosed and knew exactly what to do to get better. Little did I know what was about to happen next.

Despite visiting an ophthalmologist recently, I continued to have poor eyesight even though I was assured my eyes were in good condition. I also couldn’t breathe normally, as if I had a permanent flu. But I wasn’t sick. I began to feel pain in my knees and back due to the lack of physical movement for the past 3 months.

I had been spending my days still isolated in my room in complete silence. I was unable to use my laptop or watch TV, or even read a book. Every activity felt unnaturally stressful and unnerving.

Time was passing unbearably slow. I began to hear voices in my head, suicidal thoughts followed through. I was on the verge to break down irreversibly.

The antidepressants that my neurologist prescribed me hadn’t helped me escape from the nightmare my life had turned into. I still wasn't able to sleep deeply at night. I had lost weight.

Every other day I wandered around my hometown and discovered that walking continuously decreased the levels of anxiety, though temporarily. I had been feeling slightly better but still suffered from paranoia.

In March 2015, I visited a psychiatrist for the first time. I was frightened. Until then I had assumed that all people, who talk to shrinks, are literally crazy.

I was wrong yet again.

The psychiatrist calmed me down and explained to me what I had been experiencing for such a long period of time. She prescribed me different antidepressants from the ones the neurologist suggested, and told me everything was going to be fine. I just had to be patient. We agreed to meet again in a month.

Six years later, I’m still taking the same pills and visiting my psychiatrist once an year.

I recovered from severe anxiety. The paranoia vanished completely. I sleep well without having nervous tics. I breathe normally and my eyesight improved. My back still hurts, though, but I try to walk every day, stretch my body, and live an active and healthy life.

Overcoming depression is a long and challenging process.

Here’s what else I have learned.

Everything in life happens for a reason.

Today I’m 37 years old. I’m responsible for what has happened to me in the past 10–15 years. My depression was a result of the reckless life I had pursued in the past.

If I consulted the right doctor at the right time in the beginning of my mental breakdown, I would have spared myself and my family all the negative emotions and experiences we went through.

The ophthalmologist knew what was happening to me but encouraged me to go see a neurologist that she recommended!

It also turned out the neurologist wasn’t supposed to prescribe me antidepressants at all. She had to advise me to consult a psychiatrist instead.

Consulting the best psychiatrist is the first step to recovery from your severe mental breakdown.

If you live with any sort of depression, have panic attacks or suicidal thoughts, and cannot sleep well at night for months, you should seriously consider looking for the best psychiatrist in town.

The difference between a psychiatrist and a psychologist is that the first is qualified to diagnose your medical condition and prescribe you the correct medications to stabilize the chemical processes in your brain.

You don’t visit a psychiatrist for talking therapy sessions. You do this with a psychologist.

Sometimes people recover from severe mental breakdowns by just taking the right pills under the supervision of their psychiatrist. Sometimes, you should accompany the antidepressants treatment with talking to the right therapist at the right time.

Not all antidepressants are equal.

There are specific pills for each mental health problem.

Stop reading what other people are saying about taking antidepressants.

You are not alone.

Disclaimer: The opinions in this article belong to the author alone and do not reflect the views of Hacker Noon as a whole. Nothing in this article constitutes medical advice.

If you believe you are suffering from any mental illness, please consult a medical professional immediately.

Related Stories
Subject Matter
Book a Demo. Ship Fast. Rest Easy. LaunchDarkly. by @LaunchDarkly
#promoted
I Asked 100 People What They Learned From Lockdown: Here's What They Said by @torbet
#productivity
A Morning Walk Can Improve Your Productivity and Boost Cognitive Function by @macgill
#productivity
Third World Engineers VIII: Romancing the Visa by @quilo
#migration
What is Financial Literacy and Why is it Important? by @sparq
#financial-freedom
AI Is The Future Of The Healthcare Industry by @itrex
#artificial-intelligence