Misadventures in Crypto: The Phantom Deposit 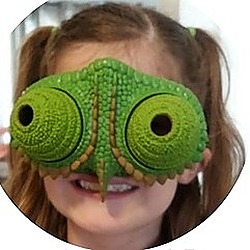 Freelancer writing for the love of disruptive technologies

Spend enough time on the blockchain, and you’re bound to encounter hiccups. A misplaced zero on an exchange can mean practically giving your funds away to a lucky trader. Or maybe you've felt the pain of losing your seed phrase and locking yourself out of a digital wallet.
For some, most tasks are straightforward and effortless. However, anyone leaning towards the ‘averse’ side of the technological spectrum is intimidated by everything blockchain. From private keys to 2FA to wallets that force the download of an entire distributed network, we can’t yet label blockchain or crypto as “beginner-friendly.”
The crypto faithful continues to push for widespread adoption, yet most products and services are too complicated for the average consumer to understand. If we want the masses to join our financial revolution, it’s best if we don’t scare them away.

And a recent interaction with a centralized exchange exemplifies the kind of behavior that persuades newcomers to believe the rumors fed by mainstream media.

The fun began during an attempt to send a test deposit. You see, I always start with a small amount when transmitting funds to a new account.

My test subject was $RFOX coin, and I sent a measly 100 of them to p2pb2b. But that’s precisely where I went wrong.

As you can see in the above image, the minimum deposit is 300. Which begs the question: why is there a minimum on deposits? I understand scenarios in which asset holders are expected to pay gas fees for outgoing withdrawals.
Well, my reptilian brain completely ignored that little nugget. The primary, topmost warning blinded me. Then, without noticing the additional red text, I hit that big green ‘copy’ button and went off to transmit funds from an external wallet.

Upon waking the next morning, still no funds or email notification of a deposit. Now, the beauty of public blockchains is that anyone can fire up an explorer to investigate transactions. The RFOX chain’s explorer — as well as the exchange from which funds were sent — proves the transmission was a success.

Naturally, I contacted the exchange’s support to inquire about missing funds. I certainly wasn’t expecting the content of their responses.

As someone who’s never used this specific exchange, I was hoping for the chance to bring my account up to the minimum balance. Which still doesn’t compute unless, again, I’m trying to withdraw.
With RFOX transmission fees set to 0.01, anyone is free to send 10 coins around the blockchain 999 times before running out of gas. Well, unless you’re withdrawing from p2pb2b. Rather than 0.01, customers pay 30 RFOX per withdrawal — 3,000x the actual network rate.
To their credit, support was reasonably quick with a response.

However, it’s all bad news as I’m informed my deposit “never reached” the exchange.

Now, two things immediately come to mind. First off, I’ve yet to see a reason why deposits would vanish into the ether. If the exchange doesn’t have it, where is it?
And second, customer service is waaay down on p2pb2b’s priority list. Even if I were to believe that the funds never arrived, it’d be so cheap for p2pb2b to credit my account.
We’re talking $2–3 for 100 RFOX here. Or, if they wanted to be champs, they’d credit 300 RFOX. So, I responded to ask for my missing deposit back:

If customer funds get lost in the exchange’s Bermuda Triangle, how about a stronger warning? A sub-warning overshadowed by larger cautionary text is insufficient. Let’s see a pop-up declaring loss of funds. Nowhere in the process was I told my funds would sink into a black hole.

Still confused as to why funds don’t reach the exchange, I was able to contact an account manager. However, the mystery continues, and I still can’t get a straight answer.
Here’s their latest statement:

"Anything that comes less than the minimum deposit is burned on commission. Unfortunately, they cannot be returned."

Burned on commission? What does that even mean?

Thankfully, this isn’t my first time dealing with an exchange — plenty of options exist. Except for rare occasions, most coins and tokens trade on more than one exchange.
Now, let’s pretend this was my very first exchange experience. And let’s also imagine that saving 100 RFOX was a long and challenging process. After saving and scrimping and (a little too) excitedly trying to trade, I end up filing an unsuccessful missing coin report.
This situation reeks of tactics employed by the banking system that blockchain tech is aiming to overthrow. You know, like when they slap you with a $35 fee for being $1 overdrawn. In some instances, it costs too much money to be poor.
But crypto is supposed to be different. We’re meant to be banking underserved populations and removing intermediary fraud via immutable transparency.
I know, I know. We could avoid all of this had I only sent the correct amount in the first place. This is my mistake, no doubt. But I bet I’m not the first person who’s inadvertently sent less than whatever arbitrary figure the exchange deems acceptable.
Although in this case, the figure is small enough to walk away from, the whole thing feels wrong. The minimum deposit warning, while present, fails to convey the consequences effectively.

Mass adoption is coming. But if we’re looking to accelerate the pace, let’s move away from treating customers like commodities. I don’t feel as if “be more careful next time” is an acceptable answer to a question from a first-time user.
If anything, this is a lesson in dealing with new crypto exchanges. Read ALL the fine print before sending funds. If not, it may be last time you ever see them again.

What Do You Think?

Am I irrational in my search for a clear answer? Should I just walk away and try to erase this inexpensive yet distasteful crypto experience from memory? Is this an elaborate overreaction to my own mistake?
Or, maybe… it’s just that…

How would you feel if the $RFOX in question belonged to you? Leave a comment below — I’d love to hear your thoughts!

"Crypto Is Very Much An Attention Economy" - Brien Kerr

Tackling Ethical and Operational Challenges of Gambling with Blockc... 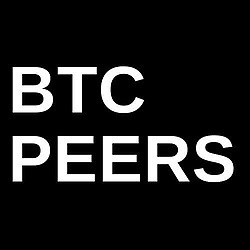