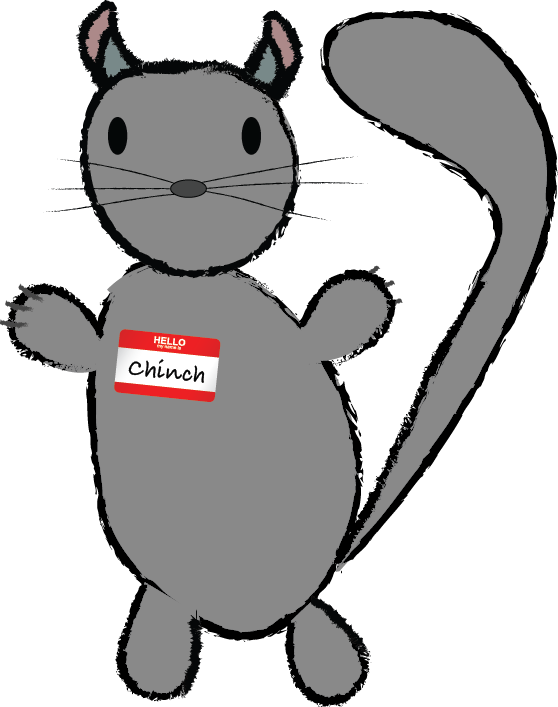 I don’t have an particular themes from the week I can remember in enough detail to discuss this week, so thought it time I dragged out one of my long term ‘topics to discuss’.

A couple of years ago I wrote a piece for The Fetch on Meetup Etiquette and after experiences from the past six months in Berlin it seemed time to revisit, update and revise this post. Many of the points in the original post still apply, I’m supplementing them here.

I’m going to discuss general topics that apply to everyone and every event, then specifics to meetups, other events, attendees, speakers and organisers.

Just to be clear, this isn’t aimed at any particular people and I’m not saying that I am always right or that I always even keep these rules myself. It’s just general good (I hope) advice based on my years of experience attending, speaking at and organising events.

This has become increasingly worse as meetup (more the platform than the concept) has become more popular and looking back at my original post I have to revise my reliable percentage for attendance. This is especially true with groups and events as they grow larger and there seems to be something of a break point at about 50 attendees. Anything less than this number I would say you can expect about 60–70% attendance, higher than this, maybe 30–40%. I attended an event late last year with 170 RSVPs and maybe 60 attendees. This is just plain rude and offensive to your (typically volunteer) organisers, it takes no effort whatsoever to update an RSVP. I would like to add that if you aren’t going to attend an event update your RSVP with as much notice as possible. Busy events tend to have people on a waiting list, but freeing them up a space 10 minutes for an event is likely too short notice for most people.

This applies to everyone at every event, if you’re too busy to arrive on time then consider not coming at all. I understand that shit sometimes happens and if you still think it’s worth attending, attend quietly and gracefully. In most cases, attendees arriving late is not that much of a problem, but if you are a speaker then it’s far more crucial. Plan how long it will take you to get somewhere and setup to start on time and add twenty minutes to it for good measure. Ensure you know how long your presentation will take, get to the point, stick to point and leave enough time for questions if they are part of the format. The same applies for organisers, try to keep to time. Some attendees may have a long journey home, early starts the next day or child care arranged. Whilst personally I would love it if events started and finished a little earlier, that’s my personal preference, many are relying on the times stated in a description, so stick to them. If this means prodding speakers to also stick to time, then that’s fine, it’s their responsibility to also respect the times stated.

I wont add much more here to extend my original post, the only point I want to add is special diets. My company provides catering to tech events (amongst other services) and have we experience catering other events in the past. We have heard just about every dietary requirement there is and there’s always a way to accommodate it. If you do have a particular dietary requirement, please tell organisers about it and they will likely do as much as they can to accommodate you, don’t expect it to be catered for automatically. Equally, if you can no longer attend, keep organisers informed so that the food specially acquired for you isn’t wasted. Often organisers of conferences ask if attendees are Vegetarian , Vegan etc and organise food to match those numbers. Please if you didn’t ask for one of those special meals, then leave them for those who did or they might go hungry.

Questions are not for general statements

People are getting better with this point than they used to be, or maybe that’s just because I don’t attend as many activism groups as I used to. A question is just that, a sequence of words with punctuation suited to giving a response. It’s not space for you to give your general opinion on things or promote what you do. If you want to do that, then write a blog or give a presentation. Speakers or facilitators should also try to keep answers appropriately long to answer the question but leave enough time for other questions. Bear in mind that not everyone is confident at putting there arm in the air to ask a question, or they may be short, keep a keen eye open for those in the audience trying to ask questions who may not be as clear as others.

We all know how infamously bad wifi can be at events, especially conferences, where there is never enough bandwidth or coffee. If Wifi is provided, respect it. Turn off Dropbox and other similar file syncing software, don’t use this opportunity to torrent or download large files or stream video. Unless you need to, connect just one device to the wifi and bear in mind that there may be international attendees who need to make use of the wifi more than you as it’s their only option.

I don’t know if this is an increasing problem with everyone or just that I associate with a lot of people who lack spatial awareness, but keep an eye around you. Tech folk tend to bring large bags with them everywhere, keep an eye on them, they can nearly double the size of your body sticking out behind you, where there is likely someone standing or walking. Events are for meeting people and of course you will want to speak to others. When congregating, don’t do it in busy access points such as doorways, the middle of hallways or anywhere else that blocks the flow of people. You may have something important to discuss, but adding 2 minutes to find somewhere considerate to discuss it wont lessen the importance of the topic.

Bottles and other Rubbish

I have noticed at events in Germany how prone attendees are to knocking bottles over. I’m not sure what it is about German tech folk, but during every talk you will hear at least two bottles clanking to the ground, which is incredibly loud and distracting. If you are not confident enough in your own spatial awareness then hold on to your bottles and even better, if your finished, throw it away. Keeping on top of your rubbish also helps with the end of event clean up, if it’s half complete already, then that’s less work for the (likely volunteer) organisers.

Be Nice to Strangers

Lots of events now have codes of conduct and these are a fine addition to our events that give a more binding agreement between everyone to respect those around you and provide a more comfortable environment to those who may have historically been put off attending. There’s one group of attendees these codes of conducts don’t address and that I have found treated far worse at European events than events I attended in the UK or Australia. People you don’t know. Whilst there are specific events just for meeting people, often people attend other more specific meetups and events for the same reason, to meet others with common interests. When you attend an event, don’t just associate all night with people you know, if you see a stranger on their own, go over and introduce yourself and have a chat with them.

This is one just for speakers. Learn how to use a microphone, it’s not hard and will vastly improve your presentation. Don’t tap the microphone to see if it’s on, it’s an annoying noise and rest assured that once you start talking, people will let you know if it’s not working. A microphone goes in front of your mouth, not your chin, don’t fear it, unless you’re speaking in a poorly wired building it wont bite. Look at the shape of the head of a microphone, there’s waves emitting from it in that shape that pic up your voice, speak into them. If you use a microphone properly you won’t need to shout but (at some point) learning to project properly annunciate and speak clearly will help level up your presentation game if that’s something you want to pursue.

If you’re giving a technical talk then it’s likely you want to demonstrate something and that’s fantastic, a demo is a great way of showing a concept or idea. But demos are also renowned for going wrong, no matter how many times you tried them before hand. My main advice is to keep the demo local as much as possible and one tool that is exceptionally useful for this is virtualisation such as Docker or Vagrant. You can setup a whole isolated virtual setup that can be then removed afterwards without affecting your machine. If it’s not possible to have a local demo (for example demonstrating big data or large server set-ups) then consider making a video instead, you know it will work. In fact always have a backup video for every demo. If you’re showing code, show it in a readable colour combination and font size, preferably clearly laid out and bear in mind that projectors often have notoriously poor contrast, so stick with clear, strong colours.

This is an odd one and i’m not sure if it’s advice or an observation. When I attend events in English speaking countries, people nowadays tend to remove as much gendered language as possible, going out of their way to not mention ‘he’ or ‘she’, but instead use gender neutral language. As English is a loosely gendered language this is easy for native or fluent speakers as English doesn’t need gender for context or understanding. As I’ve moved more amongst presenters who’s native languages do have gender I have noticed a tendency for them to use it when they also speak English. Of course if they are speaking their native language then it’s a different story and I’m not qualified enough to discuss the relevance of adding a gender when describing a person in a narrative, because with many languages it’s expected and needed. But, whenever I hear someone overuse ‘guys’ or gendered language when speaking English at events that are sensitive to these issues, I can’t help but squirm. As I don’t want to criticise someone speaking a language that isn’t their own I don’t want to push this issue too much, but bear it in mind as it’s easy to strip gender from English without losing anything even though it may not feel natural to everyone.

I presented at Write the Docs in 2015 with some specific advice for speakers which contains some of the advice above and a bit more, you can see it here.

Rant Over. Time for you to tell me your peeves and advice for improvement at meetups and events.

All of the Weekly Squeak posts are accompanied by a podcast where I go more in-depth into the topic, subscribe here. I’m travelling the next few days, so the episode that accompanies this post will be available later this week.

Related Stories
Subject Matter
How to Use Microservices on Heroku to Create a Random Board Game Generator by @ChrisChinchilla
#heroku
How I Calmed My Nerves And Finally Overcame My Fear Of Public Speaking by @laka
#public-speaking
How I Got a Job in Developer Relations by @laka
#careers
4 Easy-To-Use Apps for Making New Friends in 2021 by @anupriya
#apps
A Beginner's Guide to Public Speaking: My Experience With My First Speech by @davidebellone
#code-talks
Top Three Ways To Make Online Friends in the Digital Age of 2021 by @kpl
#networking