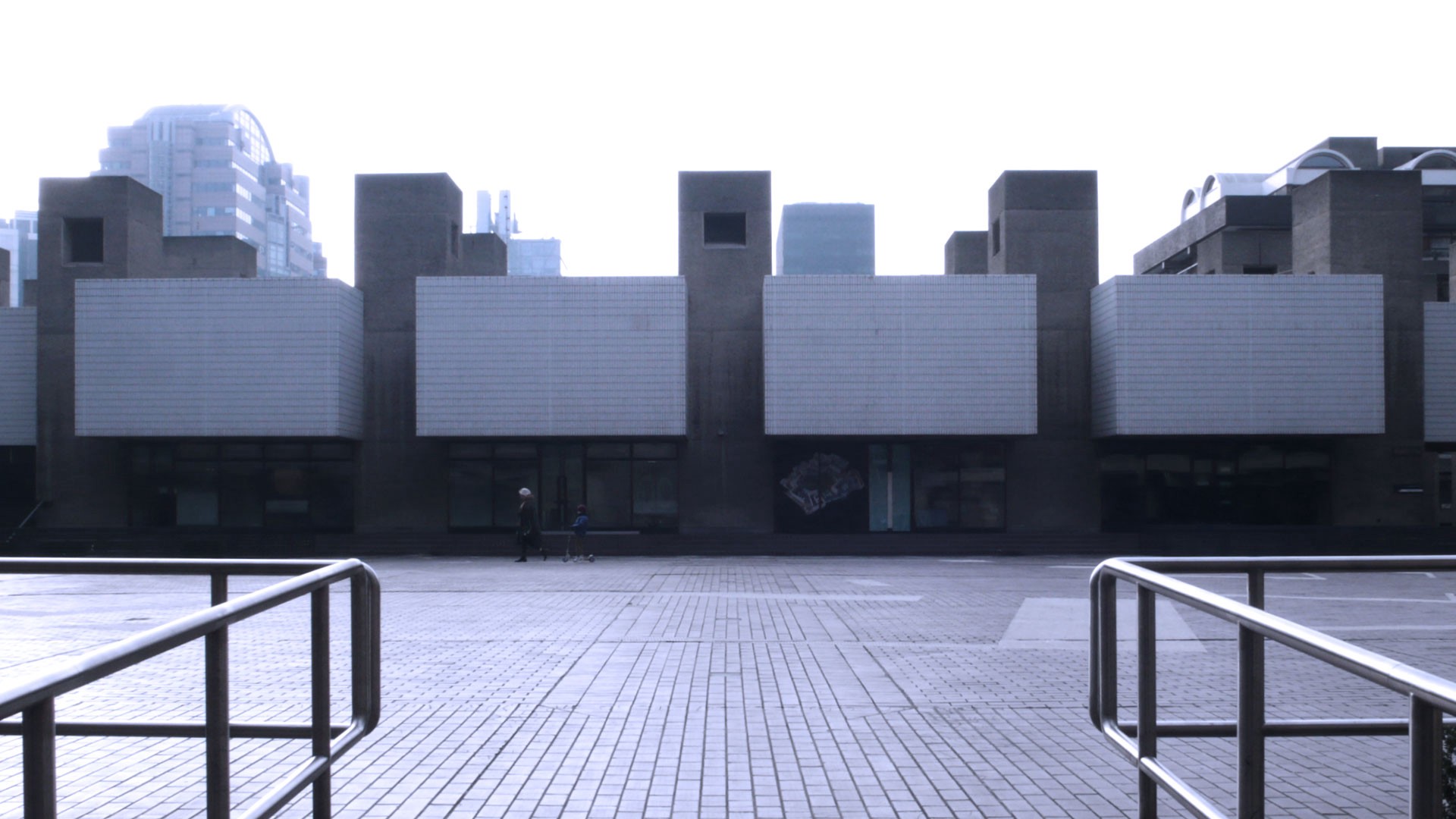 For all of the stunning examples of design and production values amid the constellations of well-loved brands, a handful beg further consideration for what seems an anomaly. I’m speaking of sites like CraigsList and the Drudge Report — sites that seem like design was the furthest thing from the creators’ minds.

For designers examining such a site, the question arises: Was this UX design the result of absolute naivete, or a purposely applied (so-called “brutalist”) aesthetic? For marketers, the question may well be: Does it matter?

For various (often complex) reasons, some site like these have achieved great success — much greater than competing sites to which more traditionally accepted (current, timely, responsive, Bootstrap, etc.) design principles have been applied. Obviously, this frustrates some industry insiders, as designers, marketers, and site owners must grapple with the question: To what extent did this aesthetic play a role in the web site’s success?

Some critics step back and identify such an approach a hot new thing. The Washington Post ran an article declaring “[t]he hottest trend in Web design is making intentionally ugly, difficult sites.” Huffington ran a similar piece: Drudge Report Shows How Ugly Design Can Be Good Design. Similarly, many smaller-audience pieces (like this one) continue to opine on the matter.

But, What Would Psychology Say?

Of course, everything that follows is just my opinion (and I’m not a psychologist). But, I think consumers tend to run various inter-related questions through their minds as they interact with products and services (including web sites and publications). For example, they may think:

Obviously, that’s a simplification. But, if one were to map out ALL possible such questions, and then map out ways in which various strategies play out via those things, the “ugly design” approach might play out something like below. Let’s use Drudge as an example. (When I say “I” and “me” below, I’m intending to mean the typical Drudge reader — not necessarily myself.)

Well, you get the idea. One could go on and on with that exercise, and would likely learn a few things via doing it.

Can It Be Replicated Successfully?

For designers, the answer is : Sure! Heck, anyone in the web design world would welcome this as a creative challenge.

For marketers and business owners, the key questions are: Can the phenomenon be replicated successfully? Could such a thing make money? In the examples discussed here (Drudge and Craiglist), one should take a look at how they rose to fame in the first place.

Drudge launched in 1995 — nearly prehistorical in Internet time. And, as far as I know, it was a fairly minor player by any account until it broke the Lewinsky scandal in 1998. Although, in fairness, one would need to be at least of some critical mass to be able to break any national news story successfully. After all, if a renegade, lone journalist decided to start up a news blog today, and came out with something even more incredible than the Lewinski scandal, how many people would take that person seriously? Even if 100 or 1,000 did, would that be enough to push such a thing viral in today’s considerably more vast online world (compared with 20 years ago)?

Craigslist also started in 1995, and seems to have grown quickly and organically, mostly because it was simply damn useful at the time (and remains so today). It filled a need.

Indeed, 1995 was arguably more ripe for that sort of growth than it is today. Big-need services tended to form around that time. eBay, for example, also was founded in 1995. I believe Internet Explorer came out that year as well, as part of Windows 95.

So, at least via these two examples, one found the spotlight from breaking a major national news story; the other by filling a gap that was present back then. But we’re talking about two dinosaur sites that started simply (design-wise) and never changed much upon growth.

At the time of their launch, those sites looked fairly typical for sites of that era. Ergo, they both get the benefit of the “we’re old and always looked this way” excuse. That’s miles from the “we just launched in 2017 and are purposely adopting this aesthetic” approach.

Still… could a brutalist site be successful? I think it could, especially if it filled some functional need — or if you’re purposely trying to be ironic. Obviously, you’re now limited by some factors, though. These would include:

And other factors. But, in most cases, these limitations are at least partially mitigated by the sheer vastness and traffic of the online world. Sure, there are hugely popular design aesthetics out there (e.g., Bootstrap), but the world is large enough to accommodate everyone.

Revenue Is Based On…

I think most business owners believe that design matters and ultimately informs success a good bit. I’m not disagreeing with that. I think it would take a good degree of bravery and vision to launch a serious business site with such a design today. But, going low-tech on purpose *could* definitely work.

In fact, it *does* work in some areas quite regularly. When you think about video marketing, for example, it’s easier to find examples where vids with low production values have mega views. Vloggers, for example (some of whom are quite successful), often have little more gear than a smart phone.

I’ve had many clients where we purposely took a low-key approach to video marketing — and not just for budget reasons. Oddly, the same clients who want state of the art web sites often want more informal approaches to video marketing, believing that there’s more honesty in such an approach. Perhaps with video, that whole sales psychology discussed above comes into play more readily. (That’s not to bash well-produced videos, of course. It’s just an alternate strategy.)

Have we beaten this topic to death yet? Ha, I’m sorry for that. But, hey, get out there. Do some A/B tests on your UX, and see if Brutalism is right for YOU!

🕵️ Jim Dee heads up Array Web Development, LLC in Portland, OR. He’s the editor of “Web Designer | Web Developer” magazine and a contributor to many online publications. You can reach him at: Jim [at] ArrayWebDevelopment.com. Photo atop piece is adapted from “20120216_Barbican_gallery” by mjcd (Flickr, Creative Commons).

* If you choose TRUTH: Leave me a comment / question / response below — anything goes!

* If you choose DARE: See that applause icon below? I dare you to click and hold down for as long as you can. See if you can break it!

My Experience Using Velo by Wix: Building a Simple Website 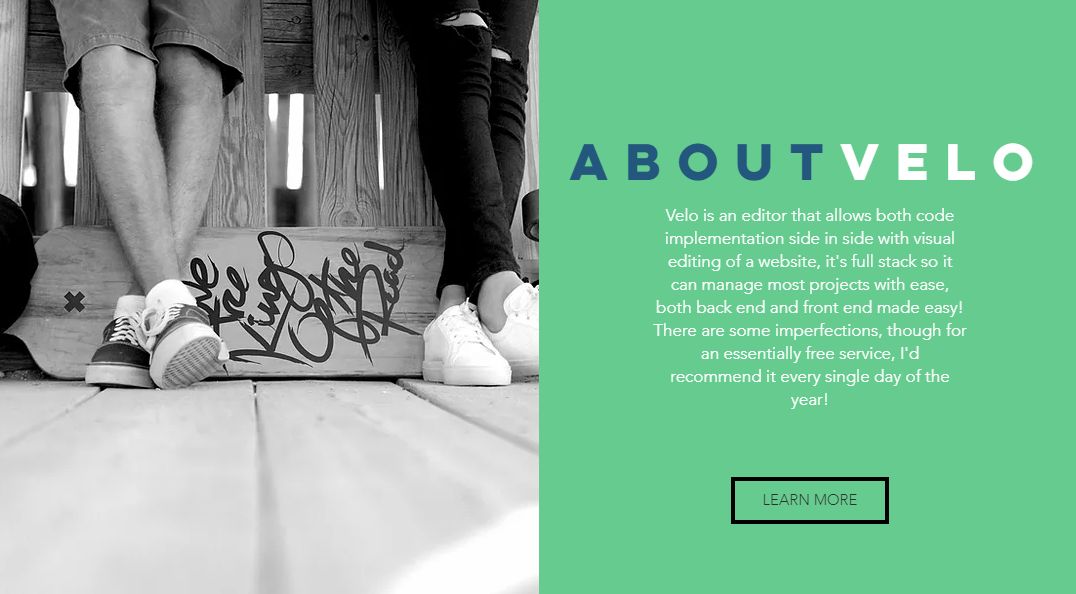