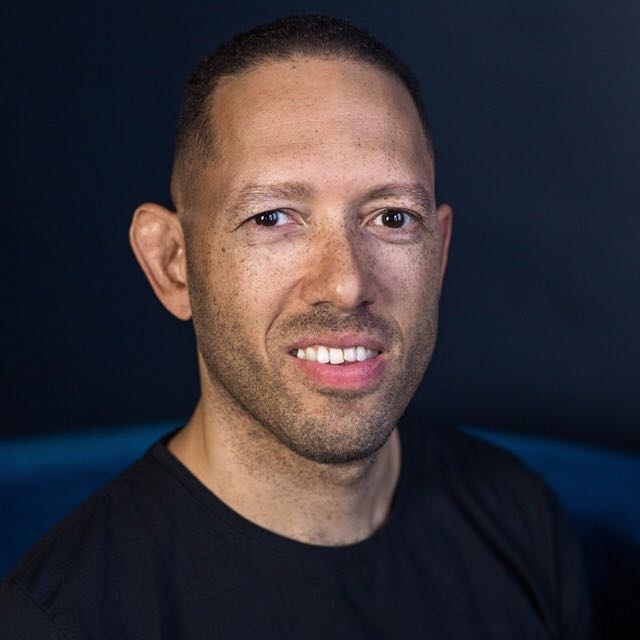 I returned with a newfound conviction that I was exactly where I needed to be, and simply needed to define the values I am passionate to pursue. I grew up in the Soviet Union. While I am now removed from the days of government surveilling my every word and action, I've found that culture of surveillance replicated everywhere online.

You have quite the resume- from a contributor of Hackernoon to the Helm of one of the most promising startups, Stegos, Can you explain to us your journey?

Gladly. I've been developing software for 25 years. Early on, I recognized that I have just the right mix of discipline, structured thinking, and creativity to excel as a coder. Initially, I slummed it through the ranks of various Wall Street banks. From the bottom, it was just a few short years before I became the Director of Prime Brokerage Technology at Deutsche Bank in 1999.

Unfortunately, a merger unfavorably shifted my position- pay and title unchanged, but essentially a demotion in terms of responsibilities and duties. I left and spent the next 17 years working remotely for various US based startups. I loved the high-risk, high-reward nature of contracting, but I hated the lack of control over opportunities.

The work went dry every several years, and in Spring of 2017, I found myself particularly disconnected. Several friends were working in blockchain and recommended that I started an ICO. However, I was unfamiliar with the tech! I didn't own Bitcoin at this point, but I was intrigued.

I went all-in immersing myself in the tech and marketing myself for developer jobs. After a number of (dubious) groups asked me to come write white papers, I found a match with Aeternity (AE). They heard that I was an expert in the programming language Erlang, and in July 2017, I moved to Switzerland, where the project was based.

Soon after, I was promoted to CTO and recruited a team of Erlang developers to aid me in building out Aeternity as the best blockchain out there. However, the CEO maintained the point of view that it was very much "his project", and that I was irreplaceable. I viewed my responsibilities as much grander than the CEO, which drove me to inevitably resign from my position.

I knew that cryptocurrency was exactly where I needed to be, and I started my own project. Initially, I received $2 million from Aeternity investors. My startup was first introduced as Emotiq, and the project was marketed as yet another in an endless genre of "Ethereum killers".

However, the markets turned sour, and a lack of direction or guiding values led to infighting from the team and a general lack of progress. In 2018, I shifted my endeavors in a different direction and rebranded as Stegos, with a concrete purpose of an unstoppable and super-private blockchain network. From there, I was able to build up a team of individuals similarly passionate about privacy and well-equipped to bring the project to fruition!

Now, the Stegos mainnet is live, and encompasses the core privacy and scalability features necessary to deliver our ecosystem to the world. Other key developments like mobile staking nodes are right around the corner, which will make the various Stegos features easy-to-use for a global audience. The future is looking bright!

What drove you to enter the privacy niche? Was there a particular "aha" or light bulb moment that particularly impacted your interest?

With a lack of direction, my work with Emotiq felt purposeless. Nothing was being created and nobody was happy with the state of affairs. I was at a loss, and took a meditation retreat in the Carpathian Mountains. No phone, no internet, no connection to the outside world. Even pen and paper was forbidden.

I returned with a newfound conviction that I was exactly where I needed to be, and simply needed to define the values I am passionate to pursue. I grew up in the Soviet Union. While I am now removed from the days of government surveilling my every word and action, I've found that culture of surveillance replicated everywhere online.

Alas, I positioned myself at the helm of Stegos, and have been working to build out a network that can aid and protect citizens worldwide from the ever-encroaching surveillance that permeates every aspect of our emerging digital society.

Per the Stegos Telegram, it looks like you recently indicated that initial investment funds are running dry. How did that happen? Should STG holders fear a plug pull?

From start-to-finish, I had raised $15 million at the height of the market in 2017. Like many others, I was in over my head and foolishly kept the funds in BTC and, even worse, ETH. Taking depreciation into account, those funds ended up closer to $3 million. That money was used to fund project development from conception to now. That money allowed us to bring Stegos to fruition. This is not another fork of Bitcoin (or Bytecoin, in the case of many alternative privacy coins), Stegos is a ground-up custom network that incorporates the best components of preceding privacy networks and packages them in a manner that is massively scalable, widely adaptable, and easy-to-use.

Of course, many mistakes were made along the way (a lot of money was spent conceiving an inconclusive "Ethereum killer" before the emphasis on privacy was developed). But tens of thousands of man hours were required to bring Stegos to mainnet, build a community around it, and develop additional features to aid adoption and utilization. This is where the funds were spent.

There is no situation where I pull the plug on Stegos, at least not for the foreseeable features. When funds are depleted, I will continue to develop and support the project out of my own pocket- I have enough savings to continue for another year or two, at least. I've always been the lead developer of the project, and that's not going to change. In the past months, we've eliminated as much of the operating costs as possible to sustain further development as long as possible. This includes laying off much of the development team. If the markets don't turn around, I am prepared and well equipped to go on as the sole in-house developer.

In the meantime, the mobile app, which will encompass full network perms including staking and on-chain messaging, is still due end of Q1. Beyond that, I'm going to give the community more control as to the further objectives- whether that be additional features like decentralized OTC markets or external services like additional exchange listings.

Privacy Coins are not a new concept, why do you believe the world needs one more privacy coin? How does Stegos differentiate itself from other cryptocurrencies?

Using the current batch of privacy coins properly takes a lot of work. You need to wrestle with difficult interface, and it's entirely up to you to properly secure your network connections, communication channels, and so on. For users that know how to do this, it's no sweat, but how many people really fall into that category? The vast majority simply don't have the ability to properly use and access these features, so we desperately need an alternative with a more approachable learning curve. This is where Stegos comes into play: a user friendly privacy network capable of worldwide adoption. Stegos is the privacy coin built for the other 99% of the population. (Which benefits the other 1% too, who are now much less likely to be singled out for special surveillance!)

In 2019, privacy coins went under fire across the board, especially through the trend of mass delisting from major exchanges. Is the future of privacy coins in danger?

There is a real demand for privacy coins, and with that demand comes a real market. Even if all major exchanges decide to blacklist all privacy coins, smaller alternatives will certainly pick up the business. But in reality, I think some leading exchanges that have been cautious towards privacy will work with and around legislation to better service their users with the markets they desire.

Outside of Stegos, which blockchain projects do you find particularly interesting?

Stegos and crypto can't directly address the massive privacy problems caused by huge corporations and social media platforms, but in a wider sense blockchain is a key tool for education people about freedom and privacy and allowing individuals to regain ownership of their data. Projects that are working to protect and empower user data always pique my interest. Brave Browser and BAT is one such example.

If you could give one piece of advice to the other players and proponents of the privacy niche, what would it be?

Make privacy that works. In other words, make sure people can actually use your tech. That's the whole point, at the end of the day. A lot of privacy coins, especially newer ones, are finding new and creative ways to ensure privacy, which is great, but not when it's at the cost of usability. The general population needs privacy, and to do so, they need accessible privacy networks.

And remember that there's more to privacy than just transactions. It's all very well to obscure my address, or the address of the person I'm sending to, and the amount we're exchanging, but how do we arrange the trade in the first place? If all that information has to be shared via insecure channels, then everything you're doing to obscure that data on chain is irrelevant. And, sure, at some point it's my responsibility as a user to be careful, but a little help would be appreciated!

I guess that's two pieces of advice — but they're inextricably linked.

So far, is Stegos listed in any exchange? What are the future plans?

Stegos has a lot of innovative privacy features which makes it harder to integrate with exchanges. But we recently started trading on Bithumb Global. We've got a lot of great developments in the barrel. Most importantly, our mobile staking nodes are anticipated for public release by the end of March. Our users will be able to manage their wallets, stake tokens, send fully private messages, and interact with network applications all through an easy-to-use Stegos mobile application. Think WeChat, but decentralized and private.

Related Stories
Subject Matter
Join Free TON Community and Participate Contests! by @Free TON
#promoted
Can GitHub Activity Be Used as a Metric to Evaluate Blockchain Performance? by @nibupraju
#github
SOC 2 for Startups: Save Time and Money In The Long Run by @miteshpatel
#soc2-compliance
The New Mapique Perspective In TagSpaces 3.3: A Quick Guide by @attilaorosz
#geolocation
24 Tactics for Startups To Unveil The Chicken-and-Egg Dilemma by @ifortuna
#startup
Quality Sense Special Guest Ashley Hunsberger On Agile Transformation by @kalei-white
#testing
Great Methods To Create A Password File To Prevent Brute-Force Attacks by @morpheuslord
#passwords