Behind the Creation of a Free Encyclopedia for the World 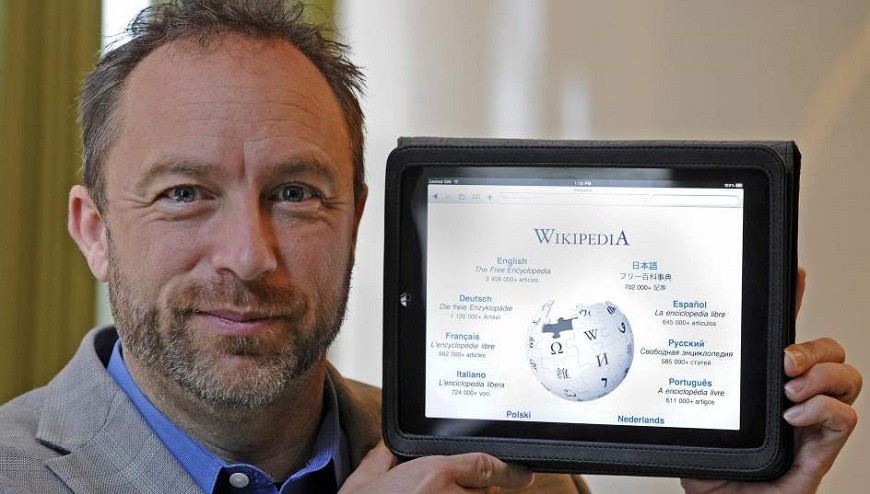 Jimmy Wales, founder of Wikipedia, tells us why his initial attempt at creating an online encyclopedia failed and what he learned from that venture which allowed Wikipedia to succeed. Along the way, he also shares with us his approach to building a successful business in today’s digital world.

Wales’ first attempt at building a free online encyclopedia started with the creation of Nupedia in March 2000. Inspired by the growth of the free software movement and the new models of collaboration that were sprouting online, Wales set about working on a project he felt would be greatly beneficial to the world — something others would be passionate about and would be willing to give up their time to help make it happen.

Nupedia was to be a free service in which volunteers would come together to create the articles — but there were restraints — such as a very top-down system for article creation that made it markedly different from its Wikipedia successor. Nupedia’s long and tedious 7 step editorial process resulted in a large bottleneck that hindered the creation of articles. Submissions even had to go through an intimidating review process by experts in the field before they could be approved. Wales said Nupedia wasn’t working because “it didn’t meet the needs of the people who wanted to help with the project” even though they were inspired by the vision. He reflects that at the time they “didn’t have an understanding of the social model” needed to make Nupedia successful. Despite the struggles, Wales decided to keep the project going because he had decided to make it his humanitarian goal and that “doing it was the meaning and purpose of the internet.”

However, less than 18 months later, nothing had changed in Nupedia’s pipeline. It became all too clear that the site wouldn’t ever be able to produce enough content to keep it going. Facing opposition from members of his team at Nupedia to rehaul its restrictive editing structure, Wales decided to abandon the site and launch another project.

Out of the ashes of Nupedia came Wikipedia. It took a new approach to collaboration by getting rid of the old editorial process and thus allowing anyone to quickly create and edit articles. Almost instantly, Wales knew Wikipedia was going to be the future. Within two weeks, the new site had produced more articles than Nupedia had in almost two years. While it was clear Wikipedia was the successful model and Nupedia was a failure, Wales says that in another sense Nupedia didn’t fail because during the time they were working on it they were discussing the changes that would ultimately find itself in Wikipedia, figuring out the software needed to run it, and refining the vision of a free encyclopedia.

Wikipedia started out slowly. Initially, it relied on a small but devoted group of online activists that shared Wales’ vision of an free encyclopedia to create articles. Eventually, it just caught on by word of mouth. Once the site was able to produce good content it got picked up by search engines and that just drove more traffic onto the site. Wales says “if you make good quality content then people will come…so we just focused on that.” Other than bringing the wiki format to the site, Wales says there weren’t huge changes but lots of little ones that added up in making the site successful. He stresses paying attention to details like moving the edit link around and making it more prominent because people at the time weren’t aware of the editing feature on the articles and that they themselves could change the content.

No News is Bad News

While Wikipedia was experiencing steady growth and seeing its traffic double every 3–4 months there were plenty of moments that worried Wales. While bad or erroneous content was always a concern on the site, it was the vandalism of articles which weighed heavily on him and kept him up at nights as he would occasionally get up in the late hours to check on an article’s integrity. Eventually, as Wikipedia’s user base grew, Wales would learn to trust the community and not have to spend sleepless nights monitoring the site because there would always be enough users around to catch and erase the works of vandals.

Ironically, it would be a case of inaccurate content in one of Wikipedia’s articles that would fuel its growth. Lending opposite credence to the mantra that no news is good news, a “serious error” contained in a Wikipedia article about a journalist (which went unnoticed for several months) prompted the same individual to write a scathing review of the site. The resulting press coverage of Wikipedia had many asking questions about the site’s authenticity and usefulness, but it also resulted in a deluge of traffic from users who had never heard of the site. Although Wales “doesn’t suggest you should try to get bad news about yourself,”’ he admits it did help Wikipedia experience one of its best quarters in history as its online traffic tripled due to the negative press coverage.

In the end what, it was honesty and truthfulness that helped Wikipedia survive the media controversy as Wales and his team pledged very early on that they would be “completely realistic and humble about (their) work. (They) wouldn’t spin the story to say how great Wikipedia is, (they) would acknowledge the errors and say: we’re a work in progress and you should be very careful when using wikipedia, sometimes it’s wrong but we’re a great community, and we’re working to make something interesting and great.”

Getting People to have Fun

Central to the idea of Wikipedia and its open source philosophy was that users would be the ones contributing the articles. Some refer to this as crowdsourcing, but Wales dislikes this term, he says “it’s a misconception people work for free, they have fun for free.” What he means is that people engage in something because they do it for the good of the community or to be with their friends. He uses the analogy of a bowling alley, some people play to win the million dollar tournament while others play for free. He asks, “So what are all these other people doing bowling for free? They must seem silly, right?” Wales doesn’t think so, he explains people bowl for free because they’re having fun and that we shouldn’t think of them as suckers because they’re not being paid any money to bowl.

Wales also runs a for-profit company called Wikia which provides web hosting for wikis. The company’s long term goal is to improve the software for wikis, allowing them to be built more easily. He advises entrepreneurs when they’re coming up with a long term business plan to have conversations with their team, discuss and debate the project, and get a consensus for a vision. Wales believes that to have a successful business you need to come up with a product and then understand what the customers and users want from it. You have to think about each participant and meet their needs. He advises people to think about the business side of it afterwards because theres always plenty of ways to get revenues later.

Wales also thinks that the best businesses are not created by those with MBAs. Instead, he believes the most successful companies are created by people with a passion, who make a concept and sell it rather than making something that fulfills a market need because those types of products tend to be tedious and uninspiring.

Wales’ lasting legacy is to create a free encyclopedia for the world, one that is accessible in any language. To succeed in this goal, he’s turned his focus on nurturing the growth of Wikipedia in the developing world because that’s where the growth will happen. Currently, there are about a billion people online, that number will soon double and triple to include the vast majority of people on the planet, and most of that growth will come from the developing countries. When they come online, Wales wants to be there with the right support and the right tools for them to make his vision happen

Related Stories
Subject Matter
Identifying the Hidden Threat: A How-To Guide [Infographic] by @brianwallace
#cybersecurity
How Augmented Reality (AR) is Changing the Recruitment World by @nimisha
#virtual-reality
"Crypto Has Value Because Of The Social Consensus Of Millions Of People." - Dimitar Dimitrov by @AR
#crypto
Ask Me How To Lose Your Company Without Losing Your Faith by @arthur.tkachenko
#slogging
The Journey Of The CTO (Podcast Transcript) by @amymtom
#hackernoon-podcast