The day that the Italian borders were reopened after the lockdown — on June 3rd — I drove across the Brenner Pass with an overwhelming joy. I could finally rejoin my family and my old friends.

I could fill again my heart and eyes with the beauty of my homeland. Since that day, I have spent most of the summer in Italy — enjoying the unique beauties of the Dolomites, Lake Garda, Tuscany, Umbria, the Marche, all the way down to the Gargano Peninsula in the Apulia region. I became fixated with the idea of coming back to live in my beloved homeland and started to look at the grants and incentives that the government was planning.

The recent Law n.34 of 2020 — known as “Decreto Rilancio” — grants tax incentives for the restructuring of real estates aimed at improving both the building´s energy consumption and its structural stability. While the government’s objective is to boost both the building sector and the country’s stagnant economy, this new law conceals much more important opportunities for the country’s economy.

I am surprised that no one has yet proposed or highlighted any such
opportunities. Unfortunately, the blockchain remains a topic discussed
only among a restricted circle of specialists. Yet digitisation should be one of the declared priorities of the current government.

The Italian fintech company Work invoice, sized the opportunity to launch a marketplace for trading the tax credits which will be granted by the Italian government under the new law.

Good idea but an obsolete format.

The critical issue here is yet again the trust: how to make sure that the
credits are (i) original, (ii) unique and (iii) not spent by a seller multiple times with unaware buyers. A system based on the human audit of the credits will be subject to inevitable scams, through the fraudulent duplication of credits and/or their resale multiple times. It is also extremely expensive, because the work of the auditors must be paid handsomely. It is slow because the checks require time and it is also unnecessarily complex because of the need to have different actors involved in both the management and the supervision of the system.

I am really surprised that nobody said “let´s use the blockchain”. This is precisely why the blockchain exists. Bitcoin has ingeniously solved the double spend issue and made trust redundant.

Now the Italian Government has the rare opportunity to use the blockchain to successfully implement this project and to create important synergies which will benefit the country´s economy.

The blockchain based tax credit system proposed below can be applied in
principle to any country and to any type of credits, incentives, subsidies or generally values, which are granted by governments to their citizens/businesses.

1. The tokenization of tax credits.

The ItalianTax Authority could issue the credit in the form of a digital token running ona public blockchain. There are various options regarding the blockchain to be used, its governance and the type of token which represents the tax credit. But the purpose of this article is not a technical analysis of this complex - but secondary - aspect. Those objecting that a State-run blockchain is redundant, are indeed right; at least insofar the State´s authority is derived from its citizens and therefore implies that the citizens trust the State´s authorities.  But the blockchain becomes not only useful but necessary - also for the State - if the synergies mentioned under 4-5-6 below are to be fully exploited. Conversely, a private marketplace - such as the one currently being proposed - has little or no purpose outside of the blockchain.

The blockchain guarantees what an auditor/controller could never guarantee. That the credits are (i) original, (ii) unique and (iii) not spent multiple times. Another advantage is the resilience of the blockchain-based system to hacking, which is the scourge of any centralised platform. Robinhood brokerage was the latest victim.

3. A free and efficient market open to all

Tax credits shall circulate freely. Everyone shall participate in this free market, including individuals. If only authorized legal entities will be allowed to participate in this market (as it appears now) this would create the opportunity for a cartel of speculators to buy credits from individuals at deep discount and then resell them with large profits to professional investors on the market. A market open to all would instead benefit everyone by letting the market set the appropriate discount rate.

4. The tax credit is monetized, the New Digital Lira.

The tax credit can be monetized.  This is one step further than making the tax credit token transferable in a marketplace as proposed above. Let's think about the possibility of using the tax credit just like a digital currency, stored in a wallet in your mobile phone and spent - even fractionally - for ordinary consumption needs.  In this case the tax credit could be converted into a new currency unit, let´s call it the New Digital Lira (NLD),
exchangeable 1:1 with the €uro and backed up by the credits that it represents.

The NLD would lubricate the whole tax credit system and bring immediate
liquidity to the real economy. In this case the marketplace mentioned under 3 above becomes also redundant.  The Tax credit will circulate like money and there will be no need to sell it to third parties to cash it. 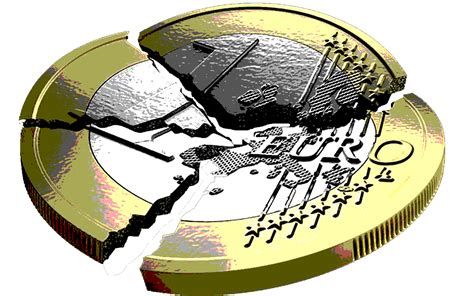 5. The NLD as a plan B in case of €uro collapse and the National Tourism Portal.

We all know that the risk of implosion of the €uro system is nowadays quite real. Therefore every prudent EU government should have a plan B to confront this event. Countries like Germany, Austria, Belgium, Luxembourg and the Baltic countries for instance, do not even need a plan B because they have never really abandoned their own currencies. Basically, the German Mark - unlike the Italian Lira which effectively ceased to exist in 2011 - does not have a "sell by date". Any German citizen can exchange the old Marks with €uros at the Bundesbank indefinetly. Indeed, many prudent German citizens still hold wads of Marks under their beds, just in case...(over 13 billion).

This implies that in case of failure of the €uro system, the Bundesbank - unlike the Banca d´Italia - could immediately revert to the old Mark with minimal disruptions to its own economy. Rather, all those unprepared will suffer dire consequences.

The NLD - backed up by tax credits - could therefore become Italy´s much needed Plan B.

But there is more to it.

Italy´s tourism sector is big. Italy ranks first for the world Unesco sites (55), it is the 5th most visited country in the world (128 million tourists per year) and the sector generates over €ur 42 billion yearly revenues, accounting for approx 5% of Italy´s GDP.

The NLD could be effectively launched to pay for all the services in the tourism industry. It would suffice to create a national tourism portal backed by the Ministry of Tourism and by all the national operators in the sector (hotels, restaurants, museums, etc). This portal will compete with global portals such as booking, airbnb and others. Such global portals exploit almost monopolistic positions and subtract precious revenues to both local operators and customers (because of the high transactional costs) and to the government, because they avoid local taxation by skilfully channelling their revenues offshore.  A National Tourism Portal can be very attractive to national operators and their customers because they would benefit from lower transaction fees and no credit card commissions with the use of the NLD. The State will also recover precious tax revenues which are currently lost to businesses located offshore which exploit this advantage and bring nothing to the country´s economy (no jobs, no revenues, no taxes).

Finally, tax evasion can only be countered by using both effective tools and incentives to foster the cooperation of citizens and businesses.  The blockchain is an exceptional tool to align interests and incentives between a number of actors in complex situations. Low fees and a reduced withholding tax rate for all the transactions made with the NLD will no doubt stimulate businesses and citizens to be an active part of the system and use the NLD. The NLD can be programmed to deduct the withholding tax on all transactions. The State will benefit from higher tax revenues despite the tax rates having being lowered to incentivize businesses.
This will start a virtuous circle fuelled by lower tax rates for the businesses, less tax evasion and higher tax revenues for the State and lower transaction costs for both businesses and customers. This scenario is completely different from the delirious propositions - which have been lately discussed - such as taxing the use of cash or to make compulsory the use of credit cards, which things rather benefit only the banks and impose higher costs on the society. Rather, the NLD will circulate without the need of intermediaries, at little or no costs and it will benefit primarily the State and its citizens.

These are just some ideas that can contribute to restart the stagnating economy of my beloved home country in such a difficult moment. In the meantime, I long for the day in which I will return to this wonderful country to enjoy its incomparable natural and artistic beauties, the friendliness of its people and its excellent food.

If you enjoyed this post, please “clap” Xtimes in the bottom left corner
so it will be shared with more people. Many Thanks

Legal Disclaimer: The website and the information contained herein is for general guidance only and it does not constitute legal advice. As such, it should not be used as a substitute for consultation with lawyers on specific issues. All information in this paper is provided "as is", with no guarantee of completeness, accuracy, timeliness or warranty of any kind, express or implied.