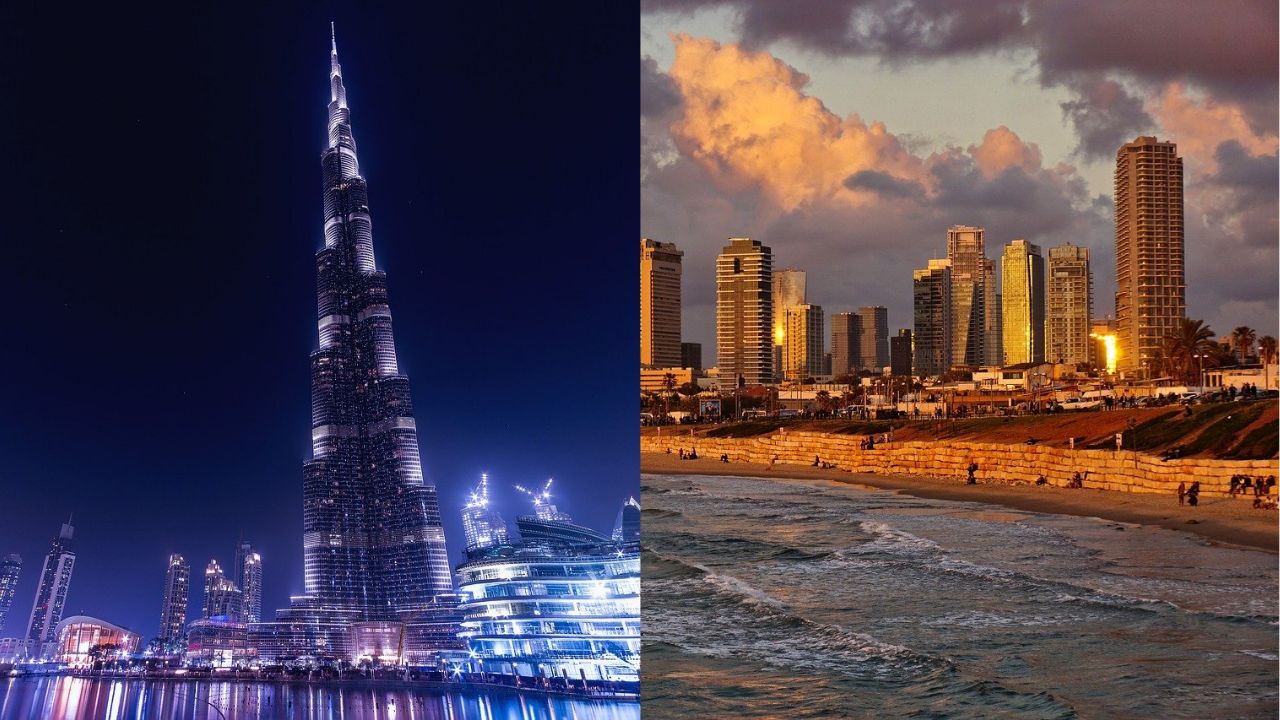 There has been an underlying assumption that the recent Abraham Accords was a product of a mutual fear of Iranian expansion and dominance in the region that motivated the UAE and Bahrain to make peace with Israel.

While there is some truth to this, the fact is both the UAE and Bahrain had been in covert contact with the Jewish State for the last few years over the Iranian issue.

They had no need to make peace with Israel to coordinate a united front against the Mullahs of Tehran.

It is important to note that unlike Jordan and Egypt who signed peace deals with Israel years ago, the UAE and Bahrain peace deals are full normalization agreements.

They aren't cold peace settlements we find with Egypt and Bahrain. The populace in both countries, but especially the UAE have been warm to the idea of making peace with Israel for quite some time.

"With US participation and support, two of the world’s most dynamic and advanced societies will create a linked and powerful engine of progress and opportunity, not just for the UAE and Israel, but also for the entire region."

A spokeswoman for UAE's Foreign Ministry said the following in an interview with the Times of Israel:

"The Emirati people feel enthusiastic about the establishment of relations with Israel. Levels of excitement are particularly high among younger generations — this historic move is a reflection of our country’s forward-thinking leadership and future-oriented vision for the region, and it is the youth of this region who will reap the greatest share of the economic, cultural, and scientific rewards that this cooperation will usher in over time."

"With US participation and support, two of the world’s most dynamic and advanced societies will create a linked and powerful engine of progress and opportunity, not just for the UAE and Israel, but also for the entire region."

None of this sounds like a peace deal based on fear of Iran, but rather a deal that was a long time coming.

Innovation Has Become The Engine For Peace

This transformed the economy and began to recalibrate Israel's role to what it is today; the burgeoning fulcrum of the Middle East and Eastern Mediterranean.

In many ways, the UAE shares a similar story. Rising out of the Persian Gulf region of the Middle East, where oil and gas had become the core economy, the UAE decided to pivot over the last decade and a half.

Unlike other Arab countries, the UAE only has about 1 million citizens spread out over the seven Emirates.

This has enabled the government to use its oil wealth to develop a high standard of education that has allowed the country to pivot to technology.

The UAE has been so successful that it has been ranked the number one environment for innovation in the Arab World from 2015 to 2019. It sees itself as the leading innovation and development hub in the Arab world.

This background gives us a deeper understanding of what is fueling the fast move towards a very warm peace between Israel, the UAE, and Bahrain.

While Iran may have been the trigger to push the Sunni Gulf countries to finally step forward, it was the mutual focus on innovation and technology that laid the foundation for the peace moves of this past summer to be far warmer than expected.

Related Stories
Subject Matter
Book a Demo. Ship Fast. Rest Easy. LaunchDarkly. by @LaunchDarkly
#promoted
Is COVID-19 Turning Into A War On Privacy? by @david-mark
#coronavirus
How We Built 10 Products In 12 Months by @mailmanhq
#product
FOSS is the big boy LEGO of the Innovative World by @shells
#foss
Blockchain's Disruptive Potential in Academia is Massive by @anthonybrady
#blockchain
How I Used Blitz JS To Take My Pet Project Into Production by @codechem
#mvp
Content Delivery Network Basics Examplified by the Disneys Streming Services [Part 5] by @desmond-yuen
#edge-computing