Is XRP About to Go Mainstream?: Fundamental Analysis 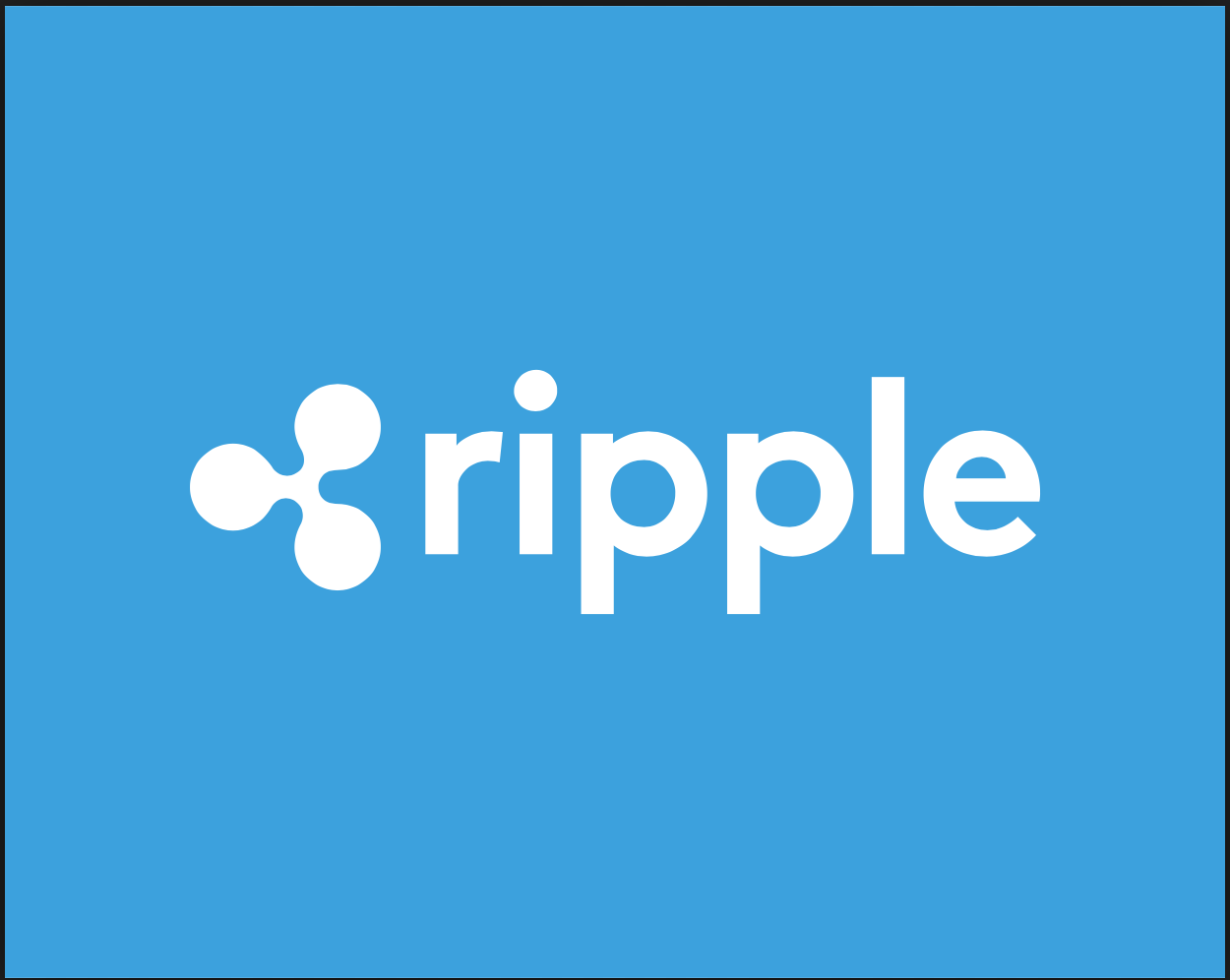 If you’re an XRP owner, you probably didn't make that investment decision based on the advanced technology behind Ripple’s protocol, or even on Ripple’s legitimacy as a real company; you probably made that decision based on XRP’s perceived utility by banks and financial institutions. Either that, or you saw it’s parabolic price movement throughout 2017 and decided you want in on the action.

Regardless of your motive, it is safe to say that you made a wise investment choice; Ripple has been on the move for quite some time now, and has been making steady progress towards achieving its goal of becoming the true “Internet of Value.”

If you’re an XRP enthusiast, like myself, you’re also probably aware of the ongoing efforts of the XRP community to track the first mainstream usage of XRP by banks. How is this done? Its simple: tracking wallets, viewing transactions, and analyzing the monetary flows of newly established accounts. Unfortunately, to this date, nothing major has been found. However, this has not hindered the community’s optimism, as many still look forward to the real banking adoption that, they believe, is soon to come.

On top of that, SWELL is around the corner, and the community’s excitement seems to be growing stronger as each each day edges closer to the major event.

XRP’s price movement throughout 2017 has been monumental. Since the beginning of the year, the digital currency’s value has risen by almost 7000%, indicating that the demand for the asset has far outweighed the markets ability to supply the coin at a supporting rate. In consequence, dozens of new millionaires were created out of thin air as a result of this market behavior.

However, contrary to popular belief, these “parabolic” price movements were not due to dramatic news announcements by Ripple, and even more so, had no correlation with production XRP usage by banks or financial institutions. Instead, they seemingly occured entirely on their own through larger market forces — forces that a vast majority of investors and speculators, including myself, still don’t quite understand.

While retail investor adoption of cryptocurrency has grown immensely throughout 2017, it still remains quite minuscule compared to that of traditional equity markets. However, if there is one country that provides a solid example of what mainstream investor adoption might look like once cryptocurrencies make their way to the west, it’s South Korea.

To say the least, South Korean’s have a tremendous appetite for the high-risk, high-reward price action that crypto can bring. In fact, the volume that initially began storming the market from Korean exchanges has continued unhindered to this day.

Most western countries, including the United States, have yet to experience a full investor adoption of cryptocurrencies. Nonetheless, recent reports have noted large monetary volumes exiting traditional markets to enter the cryptocurrency space. Therefore, it seems almost clear, accounting for recent price action, that new investor money is steadily creeping its way into the crypto market.

To put this in perspective, below is a diagram comparing the capitalization of several companies and markets, along with that of gold and all physical money in circulation, to cryptocurrencies.

In September 2016, US blockchain start-up, R3 Cordia — a consortium of 80 financial institutions — and Ripple Labs entered into an options contract that would give R3 the opportunity to purchase up to 5 billion XRP’s at a discounted rate.

However, Ripple’s lawsuit alleges that the company terminated the agreement because R3 had failed to deliver their end of the partnership — which included access to its network of over 80 banks and financial institutions. Along with that, Ripple claims that R3 witheld information from them, as they were never informed of Goldman Sach’s and Banco Santander’s self-removal from their verbal agreement to experiment with Ripple’s distributed ledger protocol.

Therefore, Ripple had asked the court to declare that the agreements are now invalid and order R3 to pay damages in an amount to be determined in trial.

Now, with that being said, there is something here that has yet to be determined.

Around the same time of the 2016 R3 contract, Ripple had announced that they were going to be placing the non-circulating supply of 60 billion XRP in an escrow account for a time period of 4 years. However, they had also noted that this 60 billion XRP would be “sans” (without) the 5 billion for the R3 contract. Therefore, only 55 billion XRP were locked up into escrow.

Now that the R3 partnership is no longer in place, and assuming that outstanding contracts remain, say, 1 billion XRP, then we can make the assumption that these will not be included in escrow.

So what will happen with the remaining XRP?

Over the course of the year, several large hedge-funds have approached Ripple to begin using their digital asset as a vehicle for their investors.

However, it seems almost clear that Ripple has denied these requests, and have ordered them to “go to the general market” for their XRP purchases.

Along with this, we can also factually note that no hedge-funds have made any major purchase of XRP just yet.

Therefore, this spells out great news for current XRP investors. The two scenarios noted above both imply that we have yet to see the hedge fund purchases at the levels that have been announced so publicly throughout mainstream media. This most likely indicates that hedge-funds are still preparing to handle a much different asset than they’re used to.

Despite cryptos high promise of immutable security, owning crypto-currency certainly comes with its challanges — as many early investors can attest to. For instance, in order for one to safely handle their cryptocurrency, one must first understand the underlying basics of wallet storage, in some cases the code underneath those wallet, and be constantly aware of possible hacking attempts.

In regards to this, it is clear to see why many hedge-funds remain patitently on the sidelines as they properly prepare themselves to safely handle an extremely unique asset. Considering that these hedge funds would be purchasing millions of dollars worth of cryptocurrency, there is much to be accounted for and to take into consideration before they begin the process of purchasing and storing.

However, when it comes to handling XRP, hedge funds have much less to worry about. Usually, many cryptocurrenices utilize wallet platforms created by anonymous third parties or open-source developers. In consequence, this causes great uncertainty of security as the usual poorly written code seems to always interfere. Ripple, on the other hand, has contracted its-self with one of the most respected and advanced wallet development companies: BitGo. BitGo has created quite a reputation for itself, as it has successfully created wallets for Bitcoin and Ethereum that are highly regarded as the most secure for banks, financial institutions, and investment funds.

The True Value of XRP

As stated previously, XRP is the native asset to Ripple’s distributed ledger protocol, and is aimed to be the world’s next bridge currency. In truth, this says something — as Ripple has alot more to offer than what is blatantly right infront of us. Were talking about the same company that has been on the rise since late 2013, and that has achieved multiple major milestones — one being its creation of the interledger protocol (ILP), the international standard of how payment information is communicated over the internet.

This standard came about through Ripple’s early collaborative work with W3C groups and other industry sources. And recently, news has stormed the headlines that a major collaboration is coming about between technologies biggest payers: Google, Microsoft, Apple, and Mozilla.

It has been noted from this collaboration that a browser extension to handle web payment requests from online vendors is in the works. Below is a portion of the absract:

Now, you might be asking yourself: but what does this have to do with ILP?

Good question, simple answer: ILP standardizes payment of cryptocurrency and other methods over the internet. While the companies that run these large browsers are directly addressing the payment request portion, the ILP will be utilized and integrated within this standardized API extension.

And what does this have to do with Ripple?

Another easy answer: Due to its ties with ILP, Ripple has a huge stake in the proper development of this standard.

What does this mean for XRP adoption?

So far, this much is clear: when the world’s largest browser vendors are collaborating on a new web standard, it’s huge news.

Since current payment methods and web plug-ins already run smoothly, it is important to note that this browser payment standard is not directly intended for mainstream usage, atleast not yet.

Ian Jacobs, a development leader of the W3C standard for browser payment API’s was quoted saying:

“This is a great opportunity for people to start writing blockchain-based payment method descriptions and to try to test the API. That’s sort of the period that we’re in, the test and interoperability development phase.”

Overall, this spells out great news and excitement for the crypto world. This a giant leap being made into the advancement and adoption of blockchain technology, and it clearly indicates a widespread desire for a standardized browser experience when it comes to requesting payments. With complete certainty, it is easy to state that ordinary cryptocurrency retail adoption is growing immensely as we speak.

With SWELL right around the corner, banking executives and financial leaders from all over the world will finally be placed into utter day light. On October 16–18 in Toronto, Ripple will be hosting a conference with an attendee list of over 100 major financial insitutions. Keynote speakers such as former chairman of the Federal Reserve, Dr. Ben Bernanke, and inventor of the world wide web, Sir Tim Berners-Lee, will be representing Ripple at the conference in an effort to convince these insitutions to join Ripple in the fintech revolution we are beginning to experience today.

Therefore, with all this under wraps, there still remains a crucially imperative question:

What happens when the western world experiences a retail investor adoption similar to that of North Korea?

And what happens if XRP becomes integrated within the soon to come API standard for browser payments?

I’ll tell you what happens…

Thank you for taking the time to read this article and I hope that you truly enjoyed it. I would like to thank Hodor’s XRP Blog for providing and bundling solid information in a beautifully written article. If you enjoyed reading this, dont forget to show your support by clapping it up!