Could "Play to Earn" Take Over the Gaming Industry? 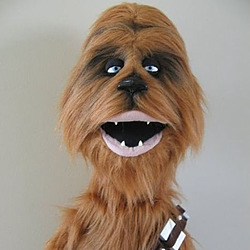 Imagine a world where you can earn money whilst playing your favourite games. Until recently, this concept of Play to Earn games has made me recoil in horror. The whole point of play is enjoyment, not the stress of work. Saying that, I’m a veteran game developer of 24 years so I’m a fine one to talk!
Perhaps it's also because the term itself is loaded. Comically, I find I keep typing Pay to Earn instead of Play to Earn, my brain demonstrating where my preconceptions lie. As Jon Jordan implied, the word earn carries connotations of significant income through work when actually we’re talking about having the opportunity to game in a way which creates value rather than only destroying it. The actual value may be $20 or $200, depending how you play.
However, whilst I’m not sure I agree with nonfungible’s Bescancia that it will make Free to Play games as we know them obsolete, I now believe they’re a more important proposition than I realised. So why have I changed my mind?
Historically, game developers have actively worked against players monetising their play, whether that’s through gold farming, account selling, or currency trading. Their concerns include the games becoming play to win, unbalancing economies, poor player experiences and regulatory issues over game items being traded for real money. The arrival of blockchains are leading to a rethink towards player-lead economies by a new wave of developers, as well as a few old hands prepared to take the leap.
The core way to monetise gameplay is through fungible and non-fungible tokens (NFTs). These are blockchain based currencies and items which the player can own, share and trade outside of the context of the original game. Crypto-enabled games such as Cryptokitties and Axie Infinity actively encourage other developers to create apps which give their items more value, with KotoWars Arena being one of the more innovative efforts. Ember Sword and Axie Infinity also have significant currency components involved, earned by players through play, but most games have moved away from cryptocurrency.
Players can monetise their items through more than simple trading. Game economies can be designed to incorporate breeding fees, land income and airdrops based on ownership and usage. Some Games, especially virtual worlds, will soon provide all manner of income generating opportunities, leading to a possible future of blockchain based clans who hire players to complete specific tasks. The virtual world would then bleed into the real world, with actual employment opportunities for the best players as we envisaged a few years ago with Colony/Ownage. To look at the darker side, perhaps it’ll also lead to the kind of factory gold farming we’ve seen in the past.
Perhaps the most fascinating form of Play to Earn is through the application of gaming to decentralised finance, known as defi. As far as games go, this is a little explored area within which I’m currently engaged in experimental designs into how we can gamify finances within the context of a game, making it a revenue stream for both the player and the developer. Jed Halfon has written about games being your next investment manager and I’m inclined to agree.
Right now, I can already offer you a crypto-USD based bank account that pays more interest than a bank and enhances your game experience. If regulators are having kittens over Facebook’s Libra, wait until Fortnite doubles-up as your pension fund!
In conclusion, for the time being Play to Earn will remain niche and experimental. Successful game economies are notoriously hard to design and real money aspects are a further complication. Even so, in the not too distant future I believe it will become an adjunct to existing business models, engaging users in new ways. It’s important to note that some non blockchain games are already Play to Earn if desired, with Entropia Universe being a long-standing and successful example. The question is whether this can go mainstream rather than being a small niche.
The success stories will come from those who focus on the game first instead of portraying it as a way to make money. Get it right and we may find Play to Earn contributes to engagement, retention and monetisation in ways we haven’t seen before.
If you’re interested in knowing more, please add your comments and follow me @Alex_Amsel. Thanks for reading :)

Non-fungible Tokens are the Internet of Property’s “HELLO WORLD” Ap...