Is Libra a Paper Tiger? 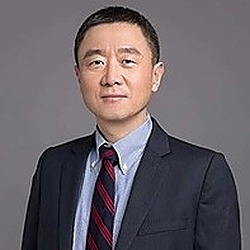 Of course, Libra is not a paper tiger. Otherwise it won’t cause the
immediate concern of global financial regulatory bodies and central banks, as well as the hearings by United States congress. But, this project indeed has inherent risks which make it very vulnerable. There is a good chance that it may get seriously delayed or may be forced to shut down if it cannot deal with these risks appropriately. If, unfortunately, it is forced to stop, then its short period of existence is then really a paper tiger.
Soon after the Libra project news was released on June 18th,
I wrote an analysis report (A Business Analysis of the Libra Project) analyzing many aspects of this project. I pointed it out that one of the risks of this project is its scope. Since this project is trying to achieve such a big goal within such a short period of time, it inevitably assumes many risks. These risks can very likely lead the project to failure.
This paper analyzes more risks of this project. Hopefully, the Libra
project can face these challenges squarely and adopt appropriate measures.

1.  Facebook does not have the social support to carry
on such a project

Because of the data privacy issue, Facebook was widely criticized. It even had to pay $5 billion fine for this. Facebook is not deemed a responsible operator of this huge social network. In fact, there is a strong anti-Facebook force in American society.
Among blockchain and cryptoasset enthusiasts, Facebook does not have a
positive image neither. Facebook used to forbid crypto ads in its social
network for a long time. Its censorship policy in the crypto area is consistent with its overall censorship policy. But censorship is not in congruent with what crypto enthusiasts are pursuing. Facebook has been critically criticized in this circle. Jack Dorsey is in contrast with Mark Zuckberg in this regard. Actually, Twitter has been the preferred social network crypto enthusiasts use. Now that Facebook is leading the effort of such stablecoin project, it naturally does not get well responded by crypto enthusiasts.
Among traditional financial institutions, it is even harder for Libra
to get support. The Libra stablecoin and the Libra Blockchain pose direct
threats to the very foundation of the existing financial market. Mainstream
financial organizations clearly recognize this and therefore will not endorse
let alone even participate in this effort. In addition to these reasons, the
regulatory viewpoints on Libra also affect financial organizations’decisions on this. This is why no banks have joined Libra so far. But, banks’attitudes
toward Libra directly affect its success in different parts of the world.

The Libra stablecoin and the Libra blockchain pose direct challenges to
existing financial market infrastructure. Every sovereign government issues its own fiat currency and every currency has its own underlying supporting clearing network. Since each fiat currency has its own clearing network, exchange among different fiat currencies is inefficient and costly. But, in spite of this, fiat currency issuing sovereign governments or organizations are not motivated to change the status quo. Libra, however, is by nature a global currency and clearing network since its very beginning. It is more efficient and less costly than the existing financial market infrastructure. Also because of the support from Libra Association members, the Libra financial market infrastructure will attract more money into its network. This will in turn weaken the influence of existing fiat currencies, as well as the issuing institutions’ influence on regional and global economies. This is definitely not something these institutions would like to see. Libra will for sure meet great resistance from all these institutions.

Stablecoin is in essence a product. As a product, when it is brought to
the market, it is expected to generate reasonable profit. According to Libra
white paper, each member is expected to contribute $10 million. Since the
association is expected to have 100 members, so a total of $1 billion capital will be used. Libra Association will manage this capital in the form of currency deposits and short term national debts. Income from the management of this capital will be returned to contributing members. Such income is similar to seigniorage of minting Libra stablecoin. The capital management method is similar to that of a money fund. However, there are two weak points of this management method. One is that the income from this management is very limited. Another disadvantage is that there is potential risk in using this method which can lead to a loss of capital principle. Additionally, since there is also cost of managing the Libra network, so there is greater pressure for this limited capital to generate even higher risk adjusted returns. This is going to be very difficult. If members cannot get direct reasonable financial returns from their
contributing capital, then Libra must offer them other benefits for them to
think this venture worthwhile.

4.  It is going to be difficult to reconcile fiat currency issuing institutions’ demands

The association between Libra stablecoin with fiat currencies is a
major determining factor. Which fiat currencies will be accepted in the Libra Reserve? Which currencies will be included in the basket and their respective weights? All these factors will affect the influence of major fiat currencies. Because of the importance of these factors, even at the time the Libra whitepaper was released, such information was not revealed. I am pretty sure the Libra team could not make a decision on this when the whitepaper was released. Since this information was so critical, this naturally caused concern among global financial regulatory bodies and central banks. These regulatory bodies’ attitudes toward Libra were not favorable at all. At US congress hearing, Macus was forced to reveal that the basket will include 50% of US dollar, as well as Euros, British pounds and Japanese yuan. But this information cannot make currency issuing institutions happy. Libra Association will have a long way to go before it can satisfy these organizations.

5.  The effect of Facebook’s large user base cannot be overly expected

There are 2.4 billion monthly active Facebook users. It looks like that this huge user base can provide Libra with lots of potential users. But if we analyze it further, we can see that the actual conversion rate is not that optimistic.
The country with most Facebook users is India. There are 240
million active Facebook users in India. But, the India government forbids the use of cryptocurrencies in India. Libra stablecoin thus cannot be used in foreign currency remittance business in India, which was reportedly the initial application of Libra stablecoin. Since India is also the largest remittance receiving country, this greatly limits the use of Libra stablecoin in the global remittance business.
In terms of user characteristics, Facebook users are mostly family type, not young people who are eager to try new things. It would be difficult to promote the use of Libra stablecoin among such users.
According to Libra whitepaper, the main customer group the
project intends to serve is the 1.7 billion unbanked and underbanked group at the global level. But, among this group of people, this number is reduced if one takes away those who do not have internet access. In order for Libra stablecoin to be used in one region, it must be supported by local financial institutions so that users can convert Libra stablecoin with local currency. If some of the targeted group do not have bank accounts, this again reduces the number of people who can actually use Libra stablecoin in their daily lives. Only when the business ecosystem around him uses Libra stablecoin, can he use it without being confined by mainstream financial institutions.
In major economic areas, even Libra is allowed to be used freely, it still cannot serve the unbanked and the underbanked people in these
areas. The reasons that this group of people cannot get financial services are those other than currency and the underlying clearing network, which are what Libra provides.

6.  The diversification of Libra members affects its quick adoption

First of all, the commitments of existing members vary a lot. Some member already told the media that the agreement they signed with Libra is intentional, not legally binding. This shows that some members adopt a wait and see attitude toward this project. It was also reported that some members have not committed $10 million they had promised. Evidently, Libra Association has a lot to do to increase its members’ commitment. This is going to be a long term gaming process. Look at the current situation of EU members and Brexit. One can foresee the current and future risks in unifying Libra Association members.
One disadvantage of this organization is that it put direct competing
parties with opposite interests into one organization. Some of the existing
members’ interests are directly in the way of Libra’s goal. These members’
participation in Libra will inevitably affect this project promotion. The most
representative cases in this regard are Visa and Mastercard. These two
companies provide global clearing networks for credit card payments. Parties providing credit card payment service collectively charge 2% to 3% from merchants. Visa and Mastercard are the largest beneficiaries in this business. Now that Libra is providing a point to point global clearing network, this poses direct challenge to these two companies’ business. It is therefore hard to believe that these two companies are one hundred percent supportive of Libra. They will for sure try to affect Libra’s decisions in favor of themselves, even though they are just two of the one hundred potential members. Most of the association members are users of money and the underlying clearing network. They of course would hope for a more efficient and less costly payment solution. Even third party payment services also hope for the same thing so as to increase their own revenues. The internal arguments among Libra Association members would therefore be a long term issue. Fortunately, however, all the existing members are already used to the democratic decision making process.
They will have to resolve their differences and move forward.
When applying the consensus mechanism of blockchain in social
organizations, the best application scenario would be for parties with common interests, who also do not trust each other (See my article in Chinese, Viking and the DAO Organization Principle). Such parties are usually homogeneous, and they collectively face common powerful enemy. Such consensus mechanism can unite them together to achieve common goal. In Libra Association, however, parties with opposite interests are put together. This is not going to be helpful to the goal of the association.
In all, there are some big risks on this Libra project. Such risks may seriously delay the overall progress of the project, even force it to cancel. Facebook is facing these risks alone, without the support of cryptoasset community nor the support of strong allies. Whether Facebook can overcome these huge obstacles remain to be seen. But, regardless of the result of this project, it already pushes the application of blockchain and cryptoasset to an unprecedented level. Even for the sake of this, let us hope that it does not become a paper tiger that appears and passes away quickly.