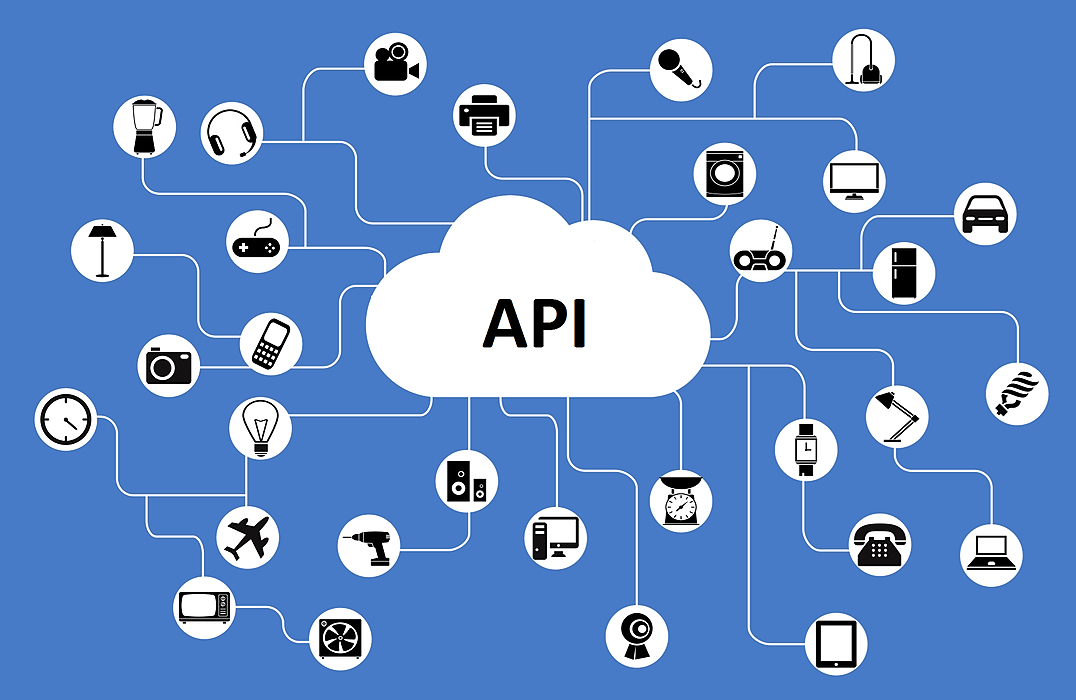 Web APIs have been around for nearly 20 years and but it is from the past few years that software developers have been thinking hard on the concept of API first development approach.

Software and Product Development is on the rise, thus API developers have been taking the approach of API First Development for better software products and services.

The evolution of API has been going around in circles and there are some API trends that will dominate the API Space in 2019.

In this blog, I am going to put across the focus on the cruciality of API First Development Approach for your business.

What does an API-First Approach Mean? 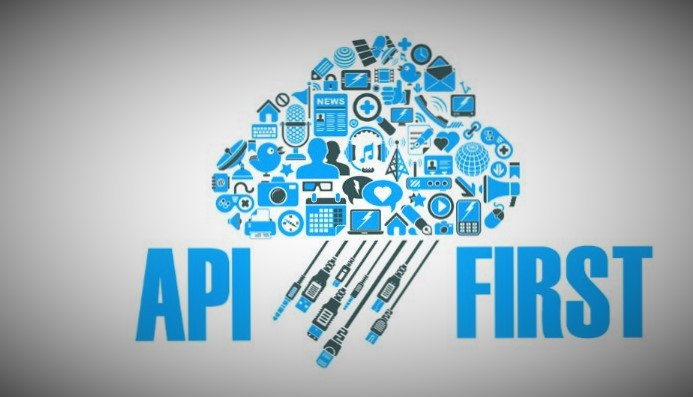 An API First Development Approach means that for any API development project, APIs have been treated as first-class citizens. It means that everything that goes around a project or product development will be consumed by mobile devices and the APIs will be used by the client applications. An API-First Approach involves developing APIs that are consistent and reusable which can be accomplished by API description language, that establishes a contract on how an API is supposed to behave.

The Growing Popularity of API First

In this technology driven era, humans and machines are consuming chunks of data on a daily basis. However, humans are consuming data through different applications, often from many different devices such as smartphones, tablets, laptops and desktops. These different types of digital devices mean different screen sizes and businesses should ensure that their applications should work well across all devices.

API development allow companies to break down capabilities into individual, autonomous services i.e microservices. Building applications based on microservices can help in ensuring a good user experience on all devices.

An API-First design approach allows organisations to build APIs that serve the application and applications can be developed and maintained for all platforms, devices, and operating systems.

What are the three principles of API-First Design?

Now, let’s have a look at these principles in detail:

1. Your API is The First User Interface and Interaction For Your Application 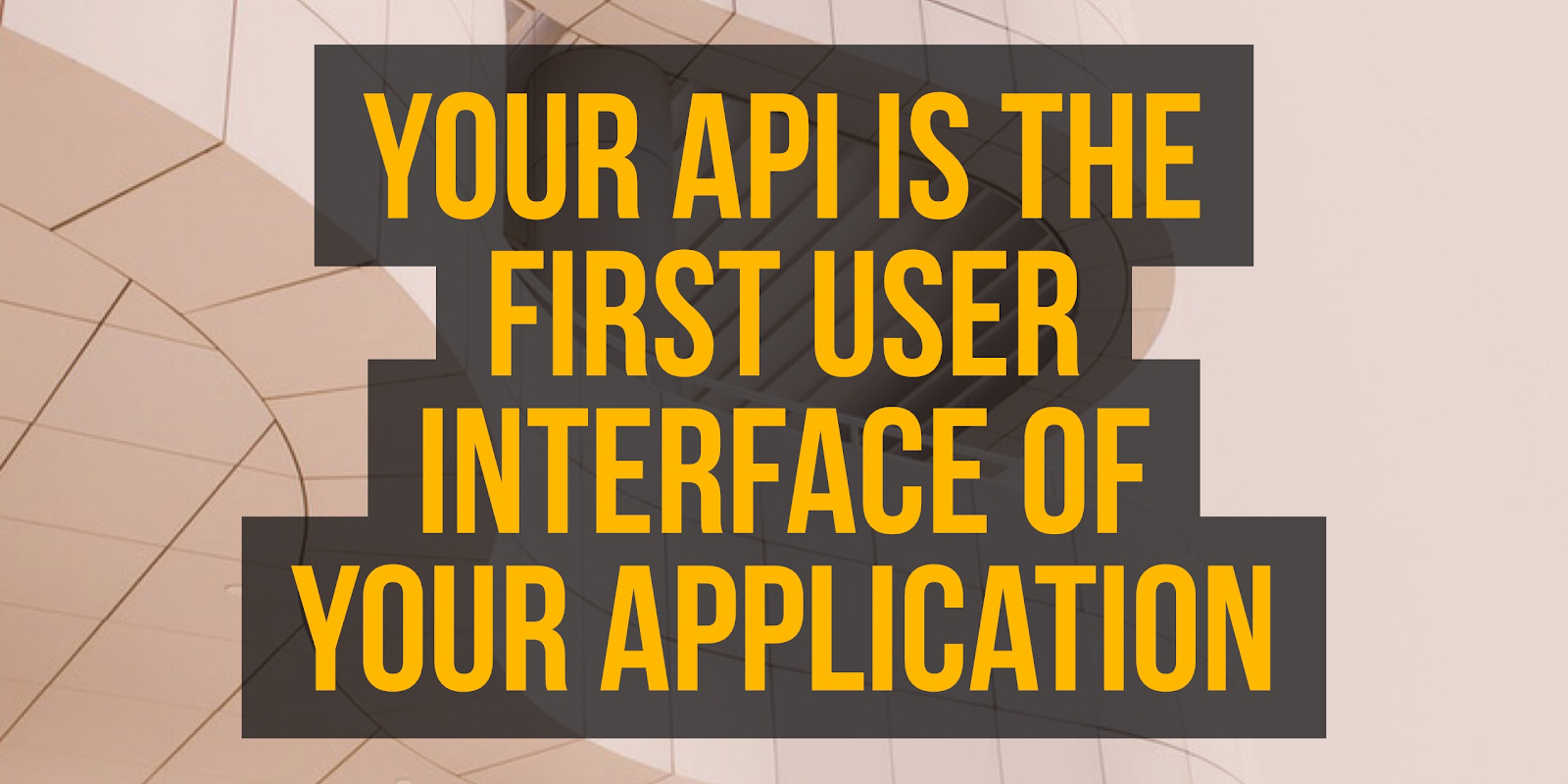 API first thinking means your API is the first interface for your application. This means people developing against your application are users, and your API needs to be designed with those users in mind.

Based on your API, your product can expose its functionality, so if there is a functionality that has not been covered using an API, then it can be covered through graphical user interface, command line interface, or voice interface either, effectively making the functionality invisible.

Your API is the first and most important way to access and interact with your product, hence the API needs to be managed and designed deliberately. Just as you spend time with graphical user interface, invest your time in designing the API so as what it exposes, what it does and how it grows. 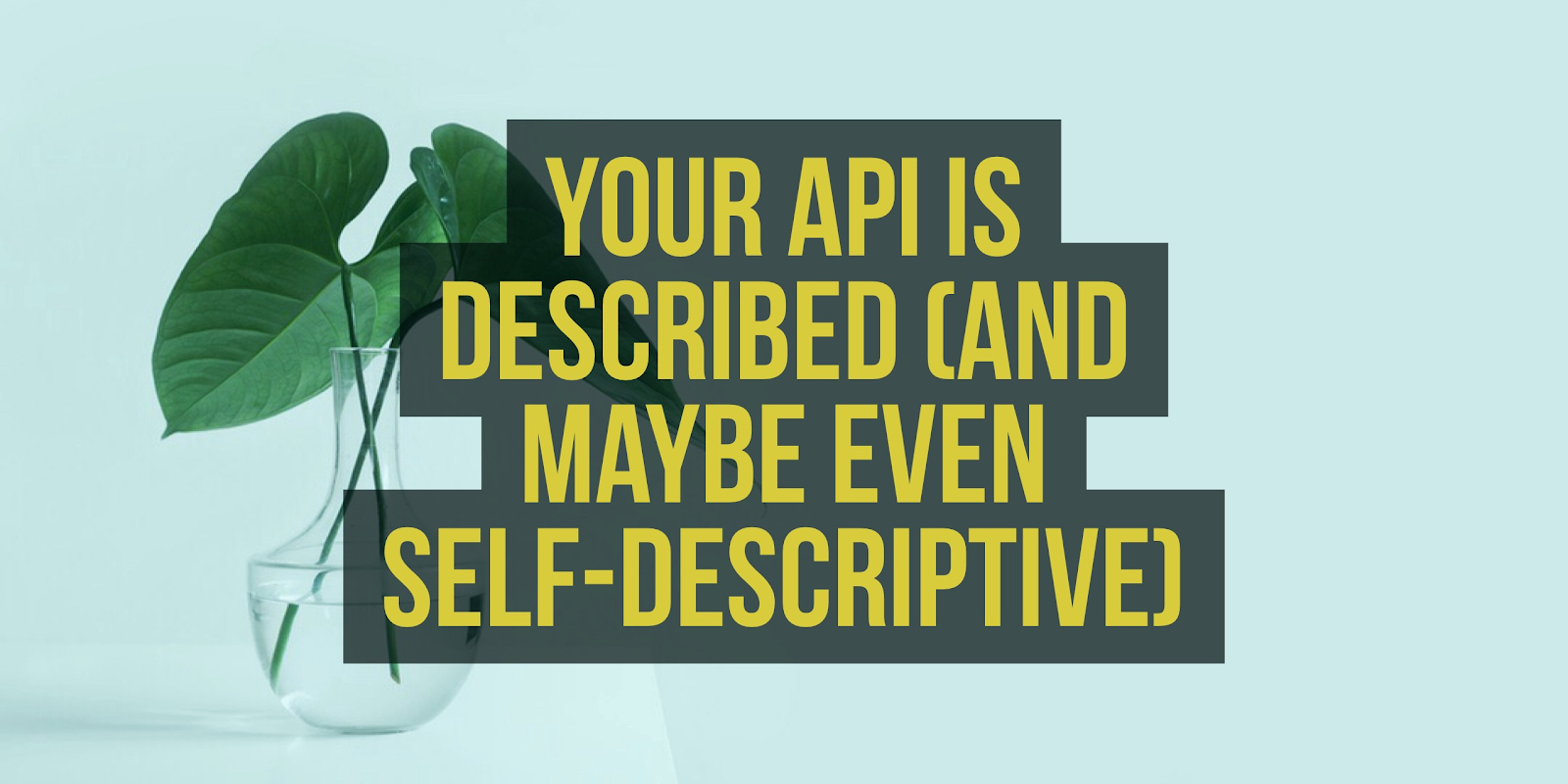 Once you have realised that your API is the first user interface that deserves attention on its own and thus you begin to realise that API has and should have a life of its own.

Your implementation will change as your application evolves and hence you try to optimize, refactor and grow the functionality. However, your API should not change frequently but instead should grow slowly and deliberately.

Let us try and understand this approach through a different example. Suppose your API is the surface area for your product and the functionality is its volume.

Doubling the functionality will only your surface area by 25%.

Treating your API as independent from the application, even if it's harder to decouple development between API and implementation. Your API becomes a contract and specification to the implementation, instead of just being a thin veneer on the top of your application.

3. Your API Can be Described(it can be even self-descriptive) 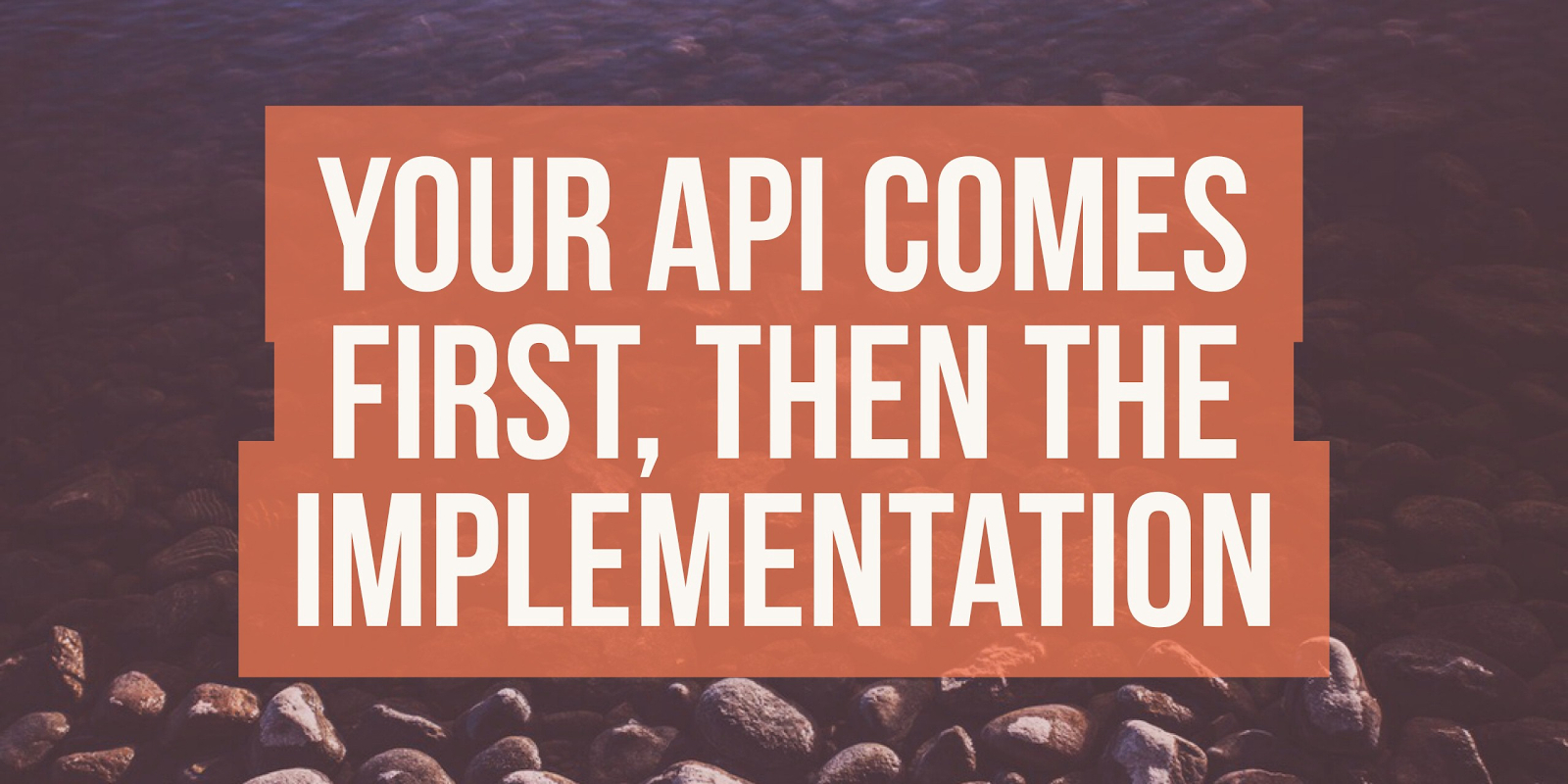 The third principle of API-first design is about self-descriptiveness. In order to be used, your API needs to be easily understood by the people who are not involved in the creation. That means documentation.

Usable API documentation is an essential prerequisite for making it consumable by humans. As robots and AI aren’t taking programming anytime soon, this makes it essential.

When it comes to the documentation of API, the structural documentation takes over the unstructural version of documentation. For a proper structured documentation, you need to follow a standard pattern of URLs, resource types, request methods, headers, request parameters and formats will make it easier to understand and explore functionalities, and reduce surprises when your API grows.

Speaking of surprises in your API design means that you are trying to minimize the loopholes by following established standards and best practices whenever it is possible.

There is one thing that makes your API stand out in the crowd i.e the self-descriptiveness that can be achieved by using hypermedia constructs like links that allow the discovery of other API resources.

Benefits of an API-First Approach for your Business: 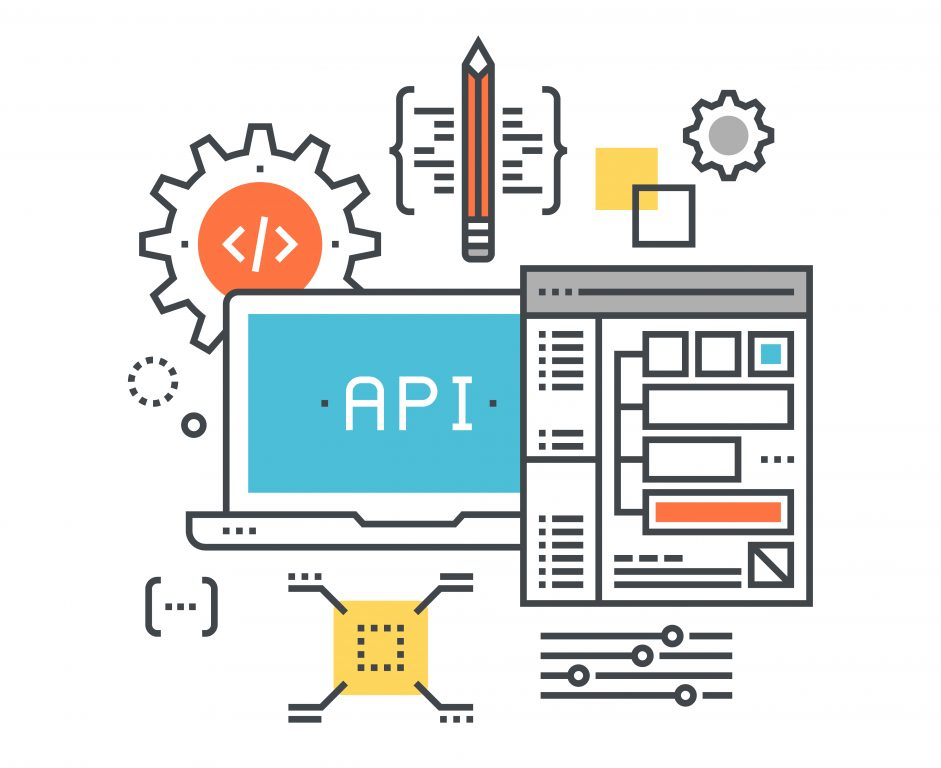 An API-first approach can bring in a multitude of benefits for your business. Here are some of the benefits that can be explored with API development.

Development Teams can work in Parallel:

API First Approach involves establishing a contract. Creating a contract between services that is followed by teams across an organisation allow those teams to work on multiple APIs at the same time. Developers don’t have to wait for the updates to an API to be released before moving on to the next API. Team can mock APIs and test API dependencies based on the established API definition.

Reduces the cost of Developing Apps:

APIs and code can be used on different projects. When a development team wants to build a new app, they do not need to start from scratch which is time-consuming and costly.

API-first approach allows most of the problem to be solved before any code is actually written which help prevents problem when it is time to integrate APIs with applications.

Increases the Speed Time to Market:

Much of the process of building APIs can be automated using tools that allows the import of API definition files. Through these tools, you can easily import files such as API documentation, SDKs, and hence mock APIs can be auto-generated. Automation will significantly improve and speed up development of APIs and applications.

API first-approach makes it possible for developers to add new services and technologies to the application without having to re architect the entire system. The competition is fierce, hence applications must not only be well designed but also to market within six months.

Consumers of APIs are mostly API developers and the developer’s experience can make or break the success of an API. API first ensures that developers have positive experience while using your APIs. It provides positive developer experiences because it is easier to reuse code and onboard developers as it will reduce the learning curve for developers.

Reduces the risk of failure:

For most companies, APIs have been a part of every business process from marketing to sales to communication and consumer making applications which means that API can impact the business in a positive or negative way. API-first approach reduces the risk of failure by ensuring that APIs are consistent, reliable and easier for API developers to use.

An API-first approach can help in building your products that can benefit your business in unprecedented ways.  It requires that the teams plan, organize, and share a vision of their API program. It also requires API adopting tools that supports an API-first approach. 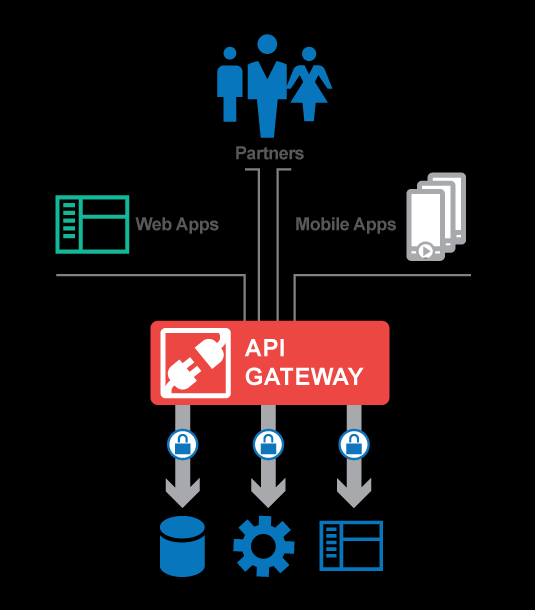