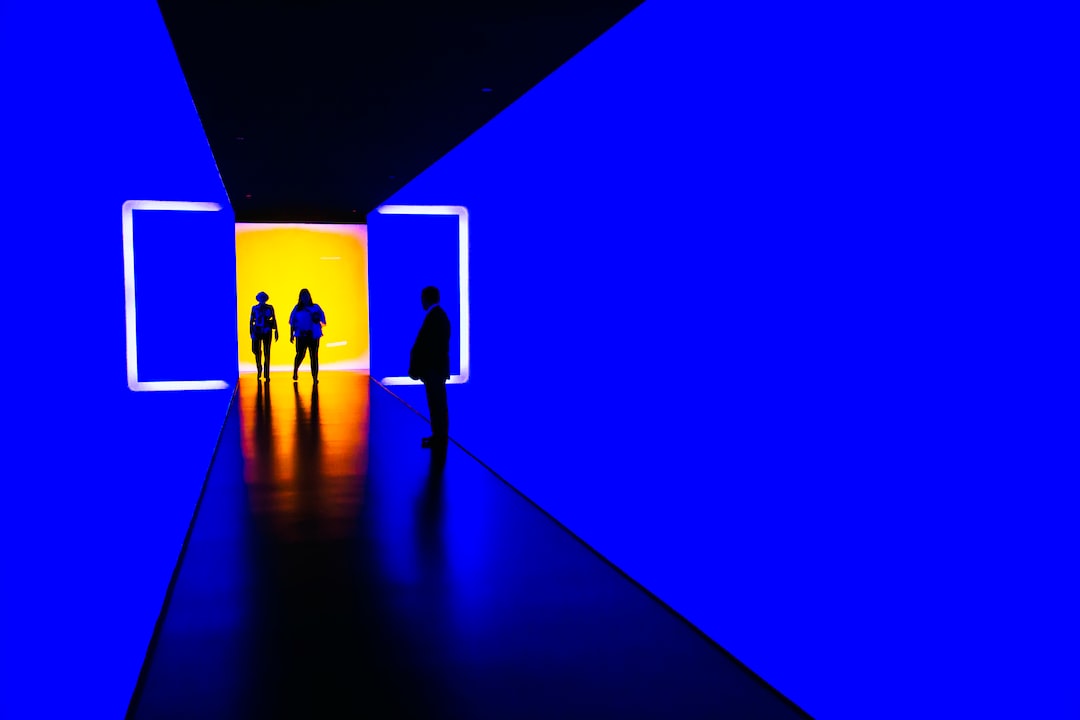 It seems that in the past years, the СES exhibition has surprised us already with everything we can be surprised about. But no!

Flying cars, like in the movie “Back to the Future”? Such concepts have been shown by many and repeatedly. Moreover, Uber quite seriously talked about their plans in this area back in 2016, the Uber Elevate project. The first tests of the machines should begin in 2020, and they plan to launch them in operation in 2023 in Dallas, as well as in Los Angeles.

This year 7 January at the CES conference, Hyundai decided to show that such developments are not alien and painted their vision of the future.

To understand the specifics of the issue and what many companies do, we will say that it’s not even a prototype, it’s just drawings, as well as models of what may or may not become something real in the future. So far, this is exhibition technology and nothing more, and the word "technology" is worth reading here with a touch of irony. These are rather sketches, not real prototypes that will go into the using.

All developments on this subject are united by one thing: this is electric transport with vertical take-off and landing, the planned flight altitude is 500-700 meters above the city, speed is up to 300 km per hour, the distance is about 300 km. In fact, it is fast transport to avoid city traffic jams. The radical difference from the existing helicopters is that there will be a greater number of landing places, but at first it is possible to use helipads.The cost of such flights will not be very high compared to the same helicopters, it is possible that they will be small fixed-route taxis for 4-5 people.

The project, shown by Hyundai, was developed under the Uber service, even a city station that will serve the cars is offered. You can see the plan on the image “Hyundai’s Future Mobile Vision”. More details you can get on the official Hyundai Blog.

But this is still a project and nothing more. To say when we see in practice something similar is very difficult. Logically, such a transport should be the next milestone after the appearance of autopilots on all roads of large countries. This is often forgotten, as it seems to people that they just need to create technology, and regulators will gladly allow such machines to appear on the roads.

On the first day of the 2020 CES, many companies have focused on reducing the cost of components needed for autopilot, from cameras to lidars. For example, the Chinese DJI showed its achievements in this area, and they are more than impressive. A subsidiary of Livox has built sensors that can scan a space of 500 meters, which is beyond the human eye. But the new development is simpler, it is the replacement of conventional lidars. The solution from DJI works at a distance of up to 260 meters, scans 4 bands and is much faster than the standard lidars that are used today.

Question of price? This is the most interesting - 5% of the cost of the current lidar with similar capabilities. This is the dimension that they wanted to show us. The industry entered the moment when it is ready to offer inexpensive and high-quality solutions. Many companies are participating in this race, and a breakthrough is not far off. In the next couple of years, the cost of autopilot components will decrease markedly, but it will not mean a general decrease in the cost of the autopilot itself at all. It will simply allow equipping the machines with a large number of sensors, making them safer.

It is interesting that lidars are developed by many companies.  For example, Bosch at CES showed its lidar version. Nothing about the specific cost, but a loud statement that it is several times less than for current systems. You can see more details on the Bosch Official Website.

Interestingly, Elon Musk is a consistent opponent of lidars, Tesla uses radars and cameras, that limits the capabilities of cars and the quality of the future autopilot. If Mask’s approach doesn’t change, then Tesla’s autopilots will lag behind the market next year. The characteristics of this year’s lidars are amazing and can reduce the cost of computers that are responsible for autopilots. They give more time to analyze the road, as they read information from large distances. And this is also a reduction in the cost of technology. 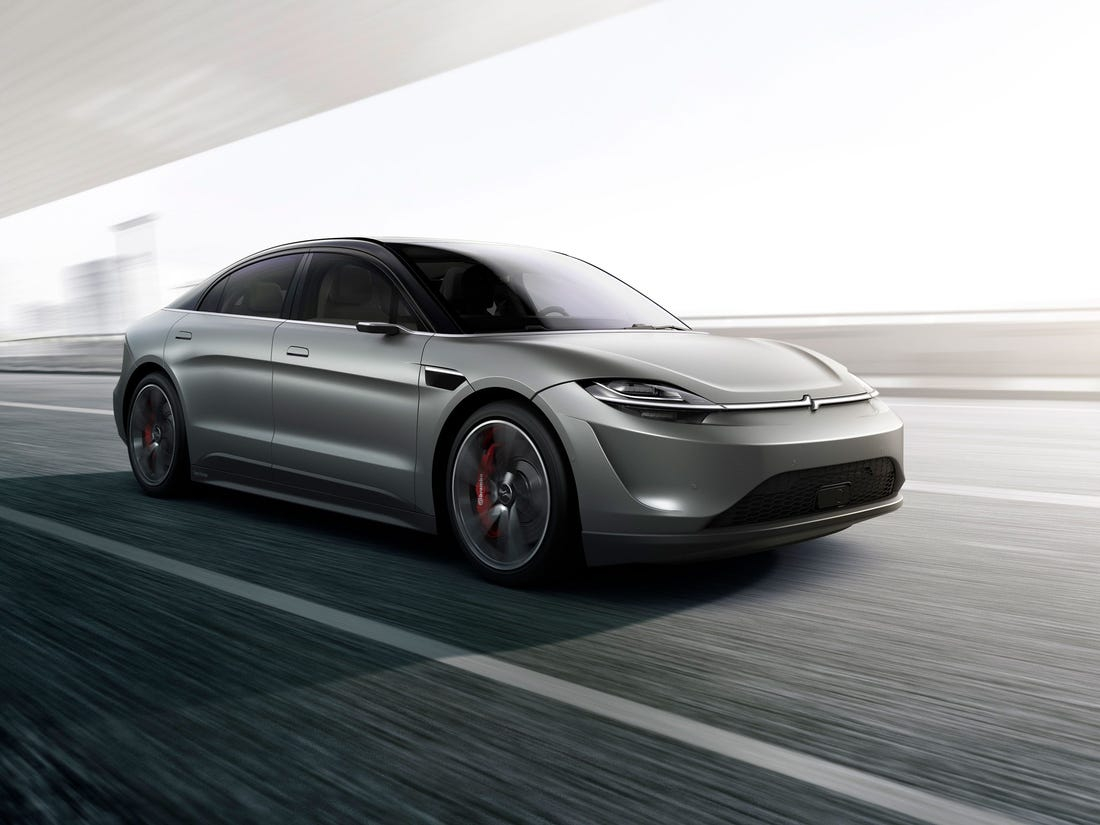 Continuing the theme of cars, we can't not but say about what surprised everyone - the announcement of the Sony car, even if it is a concept. The name of the sedan is Sony Vision S is designed to demonstrate the company's technology, interior design and various sensors. This is a kind of laboratory on wheels, and made by both engineers and designers of the Japanese brand.

And guess what? It turned out quite interesting for Sony, look at the photos of the car. 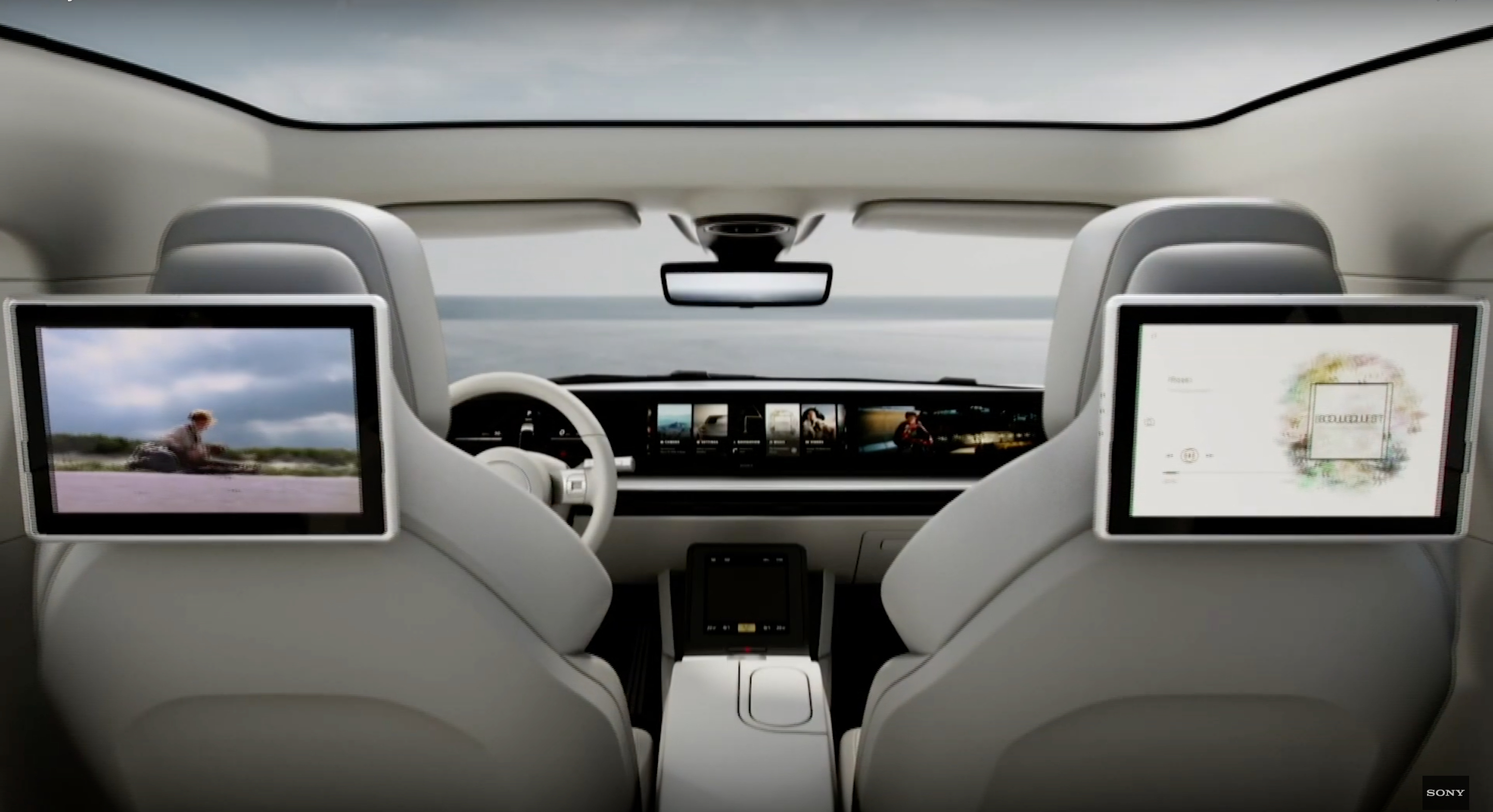 We do not know about you, but this machine surprised us. Moreover, this surprise is because large companies can invest in creating their cars today. This technology has become more accessible. On the other hand, corporations with resources and the ability to properly organize their work can do this task. It is clear that Sony hired specialists, they did not build their concept from scratch. But the fact itself is amazing, isn't it?

Individual as the center of the universe. Devices for people, not vice versa.

You never expect a big turnaround in strategy from large companies, but at the opening presentation of Samsung's CES, it was said that the person and they experience should be the focus this decade. It is not enough to produce a good piece of iron, if it does not cause any feelings and just does its job. It should be built into a person’s lifestyle, give him emotion. Sounds vague?

But the speakers repeated over and over again - the urban population of the Earth is increasing, and if today almost half of all people live in cities, then in 2050 this will be 68% of the people. The apartment is not just turning into your personal space, here you cook, sleep, have fun, play sports, raise children and even, perhaps, have organized some small business. The transformation of our housing has occurred unnoticed, while the technology that we use does not yet take into account this transformation, it is ideologically behind the new human needs.

Look at the small Ballie robot, which should become your home helper. It is very reminiscent of the robot from Star Wars, the droid BB-8.

It is not worth taking this development very seriously, it is rather a challenge for the future. Such a robot can become your “hands” in the house, control various equipment, and ensure safety. The main thing is that it is mobile and can move around your home, conditionally “see” certain situations and send other equipment to correct them.

But the strategic development direction for Samsung and the industry is the creation of virtual assistants that can help you, train and be around. Digital avatars are the future of all systems, Samsung showed some AR glasses, which in their characteristics and idea resemble Microsoft's Hololens. You see an assistant and can go in for sports, and if you use additional devices, they will tell you how correctly you are doing everything.

The words that VR or AR are dead, sounding recently is too cardinal point of view, the application of these technologies will be found, and widely. For example, we were shown how VR allows people with almost complete loss of vision to see. The child saw his mother, and this caused a flurry of emotions. This is what Samsung is trying to find - emotions related to technology. It sounds beaten up, as many have tried and are trying to do it, but here the approach is systematic. A huge company has been deployed in this direction, and it is trying to give its vision on the mountain.

Innovations in the world of laptops

Dell at CES 2020 surprised: a Dell Duet dual-screen laptop, a Concept Ori folding screen computer, and again the “world's most frameless” XPS 13 and Latitude 9510 with 2 in 1 format with 30 hours of battery life.

Dell's smallest 13-inch ultrabook has become even more frame-less: with a 2% smaller size, the screen has grown to 13.4 inches and has become more “square": a 16:10 aspect ratio is better for working than traditional 16: 9.

The company's feature is a quick connection with smartphones. Dell Connect allows one-touch transfer of media files, photos and supports other methods of synchronization between a computer and a phone.

The flagship laptop is presented in a 2-in-1 format, which transforms in  360 degrees and turns into a 15-inch tablet. Dell promises notebook autonomy up to 30 hours on a single charge: the perfect choice for business users.

The second feature, in addition to working hours, is artificial intelligence. AI algorithms will allow you to adjust the scenarios of work to save energy, or adjust the sound and screen settings when working with certain applications. The combination of AI technology will help make the user experience better: computers will work faster, longer, safer.

A gaming monitor with a refresh rate of 240 Hz and a response time of less than 1 ms is a 25-inch IPS matrix with Full HD resolution and a standard aspect ratio of 16: 9. It supports NVIDIA G-Sync and AMD FreeSync vertical sync and image optimization technologies.

At the exhibition, Dell showed two concepts of computers of the future. Concept Ori received one 13-inch display, which bends in half. You can work with it as with a regular tablet or fold it in half and put it like a laptop to work with documents or type text. And it takes up a minimum of space, when the laptop is folded.

The second Concept Duet is similar in concept to Ori, only this one has two 13.4-inch touch displays. It turns out to be almost a laptop, but instead of the usual physical keyboard is another screen. It can also be used in several modes, for example, as a tablet for working in two windows at the same time or as for a laptop. Only with the keyboard can additional windows or menus be opened for quick control.

It’s impossible to squeeze everything that happened in one day into the small format of the article. Presentations include AI, human orientation, 5G and many other words that are familiar to us. But there is no qualitative breakthrough, there is a certain aftertaste from the first day - there are a lot of products that continue the trends laid down earlier, too many concepts and prototypes of different states of readiness, as if real products were over and you need to show something from the distant future.

And the fact that most of these technologies will not appear in our hands in the next year or two does not play a role at all. And this separation from reality begins to grow, they try to charm us with something that does not exist yet. It is possible that this is correct and this approach has the right to life. But it seems to us that here, as always, a balance is important, which we simply did not observe on the first day.