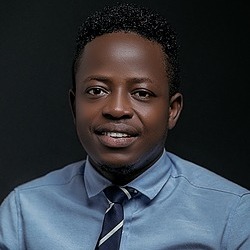 A list is a collection of elements. A linked List is a list in which each element in the list contains both data and a pointer to one or both neighboring items. Linked List is made up of elements(nodes) which are connected doubly or singly. When the nodes are connected doubly, we refer to such a list as a doubly-linked list. However, a singly linked list is a sequence of the element where the first node links to the second and the second links to the third and so on in one direction… On the other hand, a singly-linked list has nodes with pointers which always point to the next element in the list. This discussion focus on singly-linked list. Doubly-linked list would be discussed in my subsequent article.
Let us consider the list: 10 →20 →30
We can say 10 points to 20, 20 points to 30. The element of a list is referred to as a Node. So in this case 10 →20 →30, we would say Node10 points to Node20, and Node20 points to Node30. Each node in a singly linked list has a .next attribute to indicate the next node after it (the current node).

"NOTE: each node has .value for the current value and .next for next node(element)in the list. The first node is the head, in this case, head.value =10 and head.next=20"
Why use linked List?
Most people are used to using Arrays. The nature of arrays makes them efficient when we want to read data at a given position in the array, as this operation is run in constant time. Arrays are inefficient when it comes to insertion and deletion. Deletion and insertion are implemented efficiently with Linked List. Adding or deleting at the beginning of a list runs at constant time O(1). Adding at the given position also runs at linear time O(n). For instance, after deleting an element from an array the indexes of each element of the array would have to be readjusted because arrays are ordered collections of items indexed by contiguous integers.
How to Add or remove a node(element) from a singly-linked list
First, we would create a node to store the data. Nodes of a singly-linked list have two attributes: value( value of current node) and next_node(node after current)
Now that we have our storage let us add elements at the end of the list. This operation is an O(n) operation, to do.
For example, let us place after 10 the list below

"Note: The algorithm for this would be to: create a new node. Make the node with value 10(head), point to the new node in this case the node with value 15 and make the new node with value 15 point to the node with value 20 (point head.next) which was the .next of the head before 15 was added."
Before beginning adding to the list, consider where in the list you intend to add to.
1. Add to an empty list(in our case list is not empty)
2. Add at the first position
3. Add at any position aside the first position (somewhere in the middle)
4. Add at the end of the list
Add at the end of the list
Now let us consider adding an element at a specific position rather than adding at the end. The only difference between the two is that instead of looping to the end(till current.next.nil?), we will loop up to the position we want to insert at.
Remove at a given position
let us consider deleting or removing an element from the a list. Assuming we want to delete(remove) 20 from our list

for more information on the topic
If you have a question, let me know. If you want to keep up with what I’m doing, follow me on LinkedIn or Twitter

How to Develop a Signup system with React, Redux, and Rails