The Bitcoin Driven Power Shift from Bureaucracy to the Masses 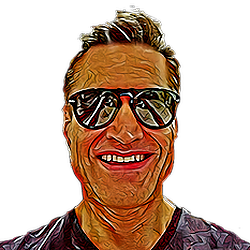 Throughout history, the human groups that discovered better ways of harnessing energy conversion (i.e., fossil fuels) or better technologies to maximize the extraction of value from it (i.e. electricity) have become dominant over the rest.
Hence, energy to value conversion efficiency is a key RCD [1] advantage among humans and maximizing its value is key for increasing living standards as our global population approaches 8 billion.
As Bitcoin seems optimally designed for private individuals to directly access, store, and transfer their economic-value contribution, two reasons make it the most likely energy to value conversion vehicle to achieve that goal, as its adoption expands over the coming decades.
Bitcoin’s ability to turn energy into a scarce and immutable unit of account, via a self-sustained process, fueled by network-effects and game theory dynamics [2] beyond human control, brings a paradigm shift in the way society represents, owns, transfers, and stores value.

In other words, by subtracting human control from our civilization’s fictional money concept, Bitcoin prevents bureaucrats from seizing and allocating value according to their interest.

Over time, as ordinary citizens begin owning and allocating their wealth as they see fit, individual merit and entrepreneurship will regain control of the economy, as they did under Capitalism until the early 20th century, when Monetary Central Planning replaced it.
This is evident just from looking, for instance, at Venezuela, a country where Keynes’ most popular stealth-confiscation tools (currency and interest-rate manipulation) were expressly magnified to hasten the process of embezzling the country’s yearly productivity, plus all excess economic-value (savings) citizens and private entities had accumulated during the 20th century.

As word of Bitcoin spread over the past decade, guess which country reached the world’s fourth-largest Bitcoin trading volume in 2018?

Only an Immutable [3], Non-Systemic, Individually Controlled currency can efficiently replace Monetary Central Planning.
If using Venezuela to hypothesize the “absurdum” in a simple Reductio ad absurdum argument is enough to prove what Keynesian economics has been doing globally, over the last 80 years, it is even easier to understand why Bitcoin’s dominance will spread.

As citizens realize that despite its rather primitive design (compared to the multiple advantages touted by blockchain abstractions), Bitcoin is the only safe way for them to control the:

[1] RCD (Resource Competition Dynamics) within the context explained here -see the opinion note in summary.
[2] By giving away to miners, part of the value generated from network effects coming from its growing grid of nodes, Bitcoin makes it increasingly more expensive to confirm invalid ledger-entries than to confirm valid ones. Over time, whether its price increases or not, grid-growth funds a growing asymmetry between the cost of hacking its ledger and the cost of validating it. Additionally, having no tangible entities to intimidate, legally or physically, critically increases the likelihood of its ledger’s perpetuity.
[3] Even if a shared-ledger's intrinsic design is decentralized, extrinsic factors will ultimately render it mutable, unless a) it manages to expand the number of validations and validation nodes in its grid until it amasses a level of computational complexity high enough to discourage attacks, b) there are no key man risks, and c) executing major changes to its code requires absurdly high consensus levels. In short, such a ledger would have to expand undetected for several years, its key designer/s would have to fully vanish, and trying to impose major changes to it would have been proven to be practically impossible.