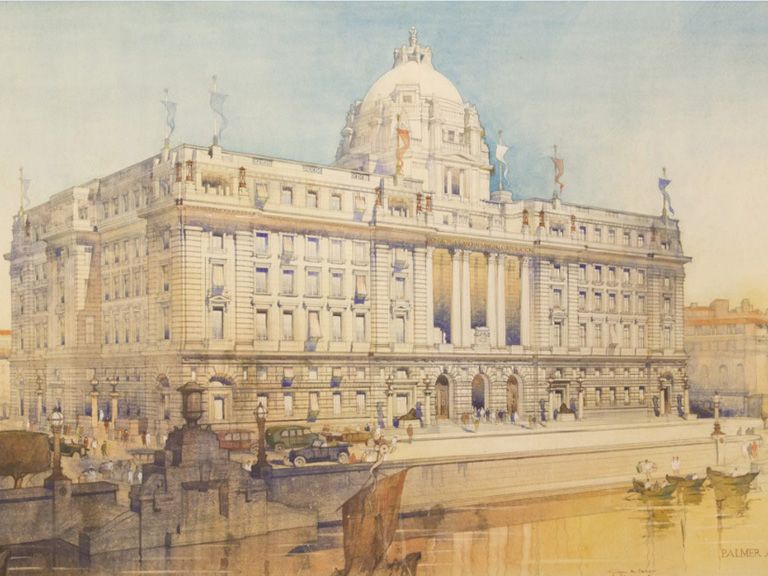 Coder, writer, investor, traveller and entrepreneur among other things.

It was late, sitting at my desk of the iconic HSBC Main Building at 1 Queen's Road Central, Hong Kong. The light show had started and colours splashed against the monitors, desks, and windows of the 16th floor. The Hongkong and Shanghai Banking Corporation was the place I had wanted to work since I first visited Shanghai in 2011. No institution better embodied a bet on the Asian century than this monolithic banking corporation founded by a Scotsman more than 150 years earlier. But here I was, working for this leading bank, in a great job, in a fascinating city, and yet completely lost. It wasn't the bank; HSBC wasn't the first bank I worked for, and frankly speaking, is still the world's leading international bank despite its shortcomings. Nor was it the job; my boss was great, my colleagues were talented and my customers offered some of the most interesting, complex deals any banker could ask for.

Ultimately, that itch in the back of my skull that grew more and more uncomfortable with each and every waking day was the feeling that everything here had already been done. Here is why I quit my Hong Kong finance job and changed the course of my life through technology.

Weighed down by regulation, the perfect scapegoat for incompetent, indebted governments, western financial institutions have become stingy and bureaucratic. Constant talk of thinning the tail of low return customers has replaced the growth mindset that nurtured once relatively small accounts into high-value customers providing a justifiable return on equity (or these days return on risk-weighted assets). It's difficult to pinpoint where things went awry, but private conversations with historically embedded customers - all proud to do business with HSBC - almost inevitably lead to expressions of lament at a clear shift in priorities on the part of the bank away from the customer. Alas, HSBC wasn't alone in this, in fact, it's the cleanest shirt in the dirty laundry basket. Being headquartered in London with approximately 70% of revenue coming from Asia and one of the biggest balance sheets of any non-Chinese bank, HSBC exhibits a world-class risk department coupled with a unique loyalty to its customers. While American banks fled to the fed during the financial crisis HSBC was far more well placed.

No, the problem isn't HSBC, the problem is that regulation has rendered western financial institutions incompetent in their core functions. Allocation of capital to businesses increasingly lies with non-bank financial institutions less weighed down by excessive regulation and capital requirements. All of this has lead to a feeling of protecting what one has, not growth nor partnerships with new businesses in pioneer industries.

While I was working in New York for ANZ Bank I got seated next to a gentleman 30 years my senior who happened to share the same birthday. This guy knows his stuff when it came to financial institutions, especially with respect to loan structuring and credit analysis, and taught me a lot. One day over lunch we were discussing how we ended up at the bank.

"Well", said the senior colleague, "for me, it was all quite simple, I came into Manhattan one day and saw an advertisement in the window. 'Banking analysis' or something like this, well I thought why not, I mean I had studied humanities, but I needed a job."

This story was painfully cliché, but it hit a nerve. Here was a guy, clearly good at what he did, but without the typical qualifications. In fact, had he applied for the same job in 2020 I am sure he would admit he'd be turned down. But 1990 wasn't a time of hyper-competitive applicants, finance was a growth sector, bodies were needed in chairs and there were deals to be done. While one might think a more ultra-competitive environment leads to selecting the best talent, I would firmly reject this argument on the grounds that applicants increasingly come from an increasingly narrow field of academic degrees from within an elitist university bubble.

No doubt, a similarly bleak future awaits technology as that which has befallen the world of finance. As it presently stands though, an engineer's hard skills still trumps his or her school of graduation or number of internships, and probably will for decades to come.

If you love technology, read about it, learn new languages, build new products, then you will find work. Not just work, but a rewarding career where you can build things and solve complex real-world problems. Much as a pre-crisis financial sector attracted ambitious, creative professionals are attracted to IT today. Each day I am confronted with unique technical questions that only creativity and ingenuity can solve. There is something instinctual about programming, something that delivers a strange and yet rewarding sense of satisfaction comparable to building a piece of wooden furniture.

As an industry matures, it attracts more and more attention from the regulatory authorities. While in public companies may complain, the larger, more well-capitalized of them privately rub their hands together with delight. With each and every bill passed through parliament, there is another brick placed onto the ever-growing wall (or as we say, barrier) to entry of that respective company's industry.

While the early 20th century was awash with smaller financial intermediaries, today a small number of massive players dominate the entire banking sector. You, I am afraid, will probably never own and run a bank - in fact, I only know one person personally who did indeed establish his own bank. The costs of customer due diligence run into their thousands (surely something technology could solve), leading to an ever-growing underbanked market, and yet this is but one cost among many.

On the other hand, customer due diligence requirements for tech companies are effectively zero. Any terrorist or criminal organization can set up a Gmail account. Knowledge is power, and yet were a bank to provide any service to an entity even deemed questionable, this would lead to swift legal proceedings, and even perhaps being arrested at JFK international airport. The point isn't that banks should finance terrorists, clearly they should not. The point is that the possibilities for growth aren't in finance, they are in IT and elsewhere.

Two years since making the switch into tech and I am still stunned by the infinite possibilities for business and improving people's lives. Tech is inclusive, open-source technology means most of the frameworks and languages you use don't cost anything. Even better. hardware has made such strides that I can build bleeding-edge web applications on my 2013 ThinkPad and the Internet is available at lightning speeds almost everywhere in the world (except Australia sadly, well it's not lightning fast anyway). Of course, sitting in front of a computer for 10 hours a day isn't for everyone, but companies also need sales, product managers, designers etc. In hindsight, to not have made the switch would have been a great disservice to myself.

Finally, it would be remiss of me not to mention that ever since I was young I'd loved computers. Naturally, external factors sometimes more strongly influence one's career decisions than they ought, but such is life. Much like learning a language or an instrument, you have to love what you do. If you don't love technology, then don't work in it. But if you do, then the stars are aligned and you are well placed to help people and businesses and build a lasting career in a growth sector.

Why are crypto-exchanges banning BCH and BSV? 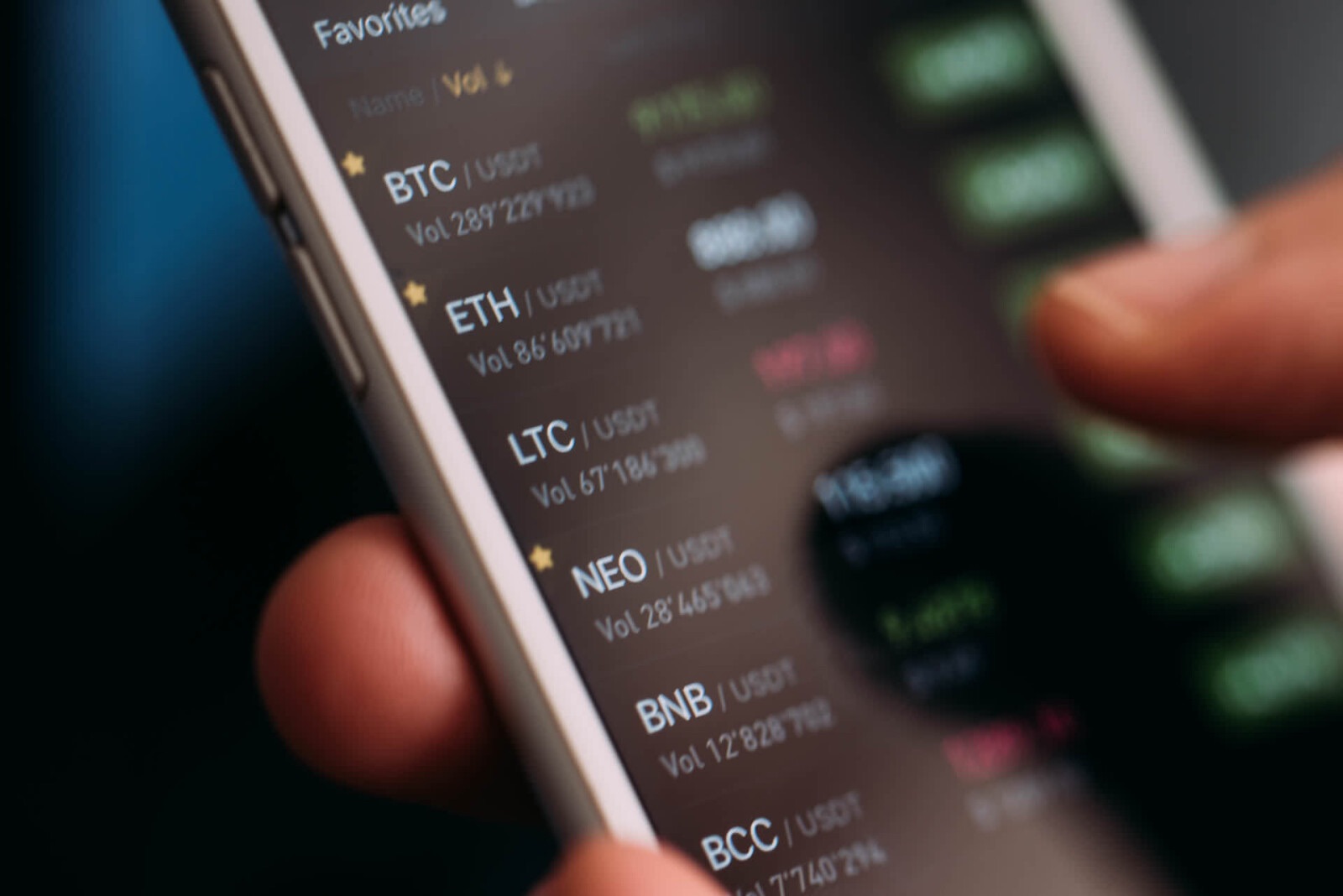 Making the Most of Altseason in a Bull Market