Hyperloop: A New Player in the Race for Better Transportation 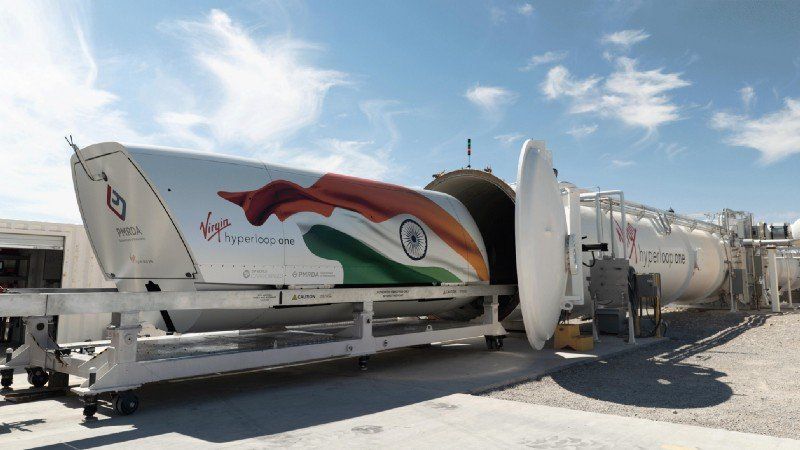 First mentioned in the year 2012 by SpaceX CEO Elon Musk, Hyperloop has the potential to achieve a speed of 1200 km/hr by partially eliminating air-resistance and friction. The complete description involving engineering specifics of the hyperloop was released in 2013 and the project was made open-source. Since then, many big companies like Virgin have made a significant contribution to the hyperloop project. Hyperloop is being viewed as the biggest leap of all time for the transportation industry.

So, what exactly is Hyperloop?

Hyperloop is a tube-based transportation system where passengers will be sitting inside a pod(also known as capsule) and this pod will be moving through long tubes that have tracks inside it and are constructed above the ground level. These tubes begin at the source station and will end at the destination station.

The major problem with the conventional transportation system is that lots of kinetic energy is dissipated in overcoming the opposing air-resistance and frictional force. Because of these two forces, accelerating is not easy. Therefore, in Hyperloop's focus is given on reducing the air pressure inside the Hyperloop tubes to avoid air-resistance and on the movement of pods without being in contact with the track inside the tubes to avoid friction.

Vacuum pumps will be employed to suck the air out of the tube and bring the pressure down to around 1millibar. And with the magnetic levitation, hyperloop pods will be lifted up the track and will be propelled through the tube.

What is magnetic levitation?

We know that alike poles of a magnet repel each other and opposite poles attract each other. Using the same principle we can make a magnetic object hover over another magnetic object. This is known as magnetic levitation or MagLev.

Currently, MagLev based trains are being operated in China, Japan, and South Korea. Virgin Hyperloop One uses magnetic levitation to lift the pod. But Mr. Musk's proposed idea was to lift the pod using air bearing and move it using linear induction motors. 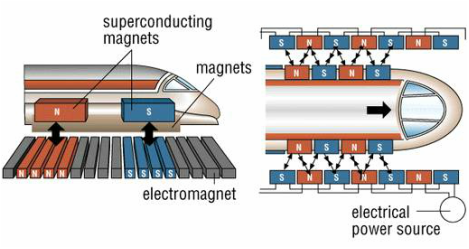 How pods are going to propel through the tubes and at what speed?

Once the air pressure is reduced and the pod is lifted, it is ready to be propelled through. Tracks inside the tubes will have electromagnets on the sides. The magnetic field of these electromagnets will keep on changing. This will exert a repulsive or attractive force on the pod. As a result, the pod will be pulled or pushed in the guided direction.

Since there is negligible air resistance and almost zero friction, hyperloop pods can accelerate very easily and can reach a speed of around 1200 km/hr.

How are Hyperloop pods going to stop?

Currently, two braking mechanisms are being considered for hyperloop

When will it be available?

Many big tech giants are working on this project and hopefully, it will be completed by the next year i.e 2021. But before it is made available to the general public lots and lots of safety tests will be performed on the hyperloop which may delay the realization of this science fiction seeming tube ride.

Related Stories
Subject Matter
Book a Demo. Ship Fast. Rest Easy. LaunchDarkly. by @LaunchDarkly
#promoted
Arduino UNO Board: Under The Hood by @dilpreet
#arduino-tutorial
The Era of Attention Economy and Its Destructive Impact: Reasoning by Examples by @maddykutechno
#mindfulness
Creativity in Digital Marketing and Technology: How to Stand Out by @davidodinegun
#digital-marketing
What Are Progressive Web Apps? by @anand-mahajan
#progressive-web-apps
How I Used Blitz JS To Take My Pet Project Into Production by @codechem
#mvp
Writers Can Process and Feel Emotions Faster than Non-Writers by @brianwallace
#psychology