Originally published by By Shruti Gandhi on March 28th 2017

In the space of nine years, Justin Kan pivoted from aimless post-collegiate soul-searching to a massive exit on his company, Twitch, which he sold to Amazon for $1B. Before that he sold his company Kiko Software on ebay for $258k! Later he sold Exec to Handy. Justin went from being a partner at Y-Combinator to starting his own incubator Zero-F and recently launched their first company AskWhale.com

Here are a few of the many lessons he shares —

While Justin was selling Kiko Software, and his acquisition offer from Yahoo fell through. After 6 months as he didn’t see other options he decided to get creative with exit options. He decided to sell the company as an auction on ebay and the company sold for a profit over $258k! Now instead of a failed founder he became a successful founder with an exit.

Being able to listen to customers and pivot at the right time is one of the main characteristics of being a great founder. When Justin founded Justin.tv, they had 30 million people on their platform and raised over $7 million dollars. Most people would think that the start-up was successful. However, at a deeper level, people thought their show was boring but people often inquired how they could make their own live stream.

From that feedback, Justin pivoted and Twitch had officially launched to serve this need. Similarly, he pivoted Exec from Uber meets Task Rabbit to home cleaning service and sold it to Handy.

3. Eat your own dogfood

It’s self evident but when Justin started Kiko Software which was a calendaring product. He recognized a market opportunity for the product. But at that time in his life he was in school and only had two meetings every week. Which means he wasn’t using his product thoroughly to build a product users would ideally want.

Justin’s advice is to raise only the money you need and to have a sustainable product first that users like and need.

Justin had them too. While Justin was building Justin.tv and other companies, he wanted to give up many times. He wasn’t sure if it was going to be successful or not. But having doubts comes with the territory. It’s natural to have doubts if you’re exposed to something new.

Find the entire podcast on iTunes here. Subscribe to [Array] Podcast to learn an array of hacks and skills from other successful founders. 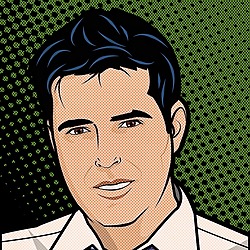