HR by Spreadsheet vs. HR by Algorithm 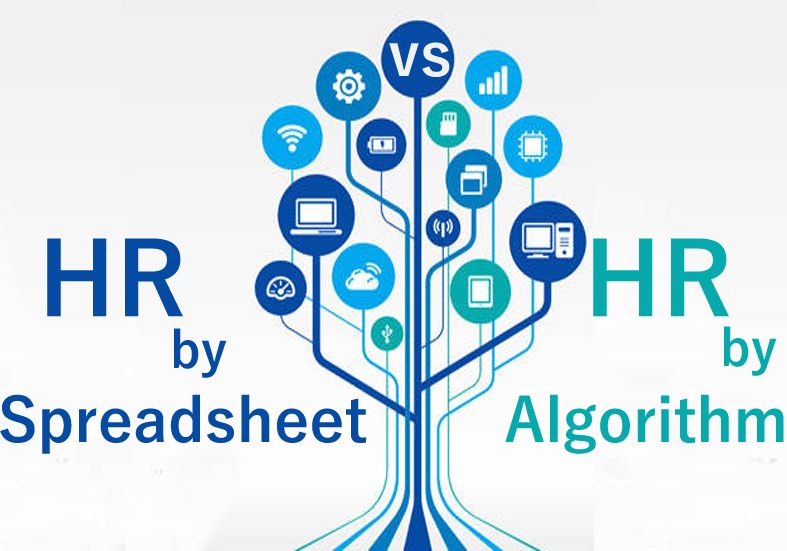 If you are a human resources manager, your job is obsolete — you are no longer needed. It is only a matter of time before you are shown the door. Automation in human resources — the process of enhancing the efficiency of the HR departments by freeing employees from tedious manual tasks — is already here.

Human resources management — or rather, human-managed hiring and onboarding — is dead. I don’t know the exact date; but what I am sure about is that one day they dragged it out of its cubicle; took it the back of the building, near the loading docks, and put a metaphorical bullet in its skull.

They then dumped its body in a recycling bin, along with decommissioned 80386-based PCs, daisy wheel printers and boxes of un-opened DynaTAC 8000X “mobile” phones. After years of faithful service, it met its end by being unceremoniously dumped like yesterday’s coffee.

My apologies for by bedside manners, but Automation in human resources — the process of enhancing the efficiency of the HR department by freeing employees from tedious manual tasks — is already here.

“Kitty couldn’t fall asleep for a long time. Her nerves were strained as two tight strings, and even a glass of hot wine, that Vronsky made her drink, did not help her. Lying in bed she kept going over and over that monstrous scene at the meadow.”²,³

How it all began

If you are a human resources manager, your job is obsolete — you are no longer needed. It is only a matter of time before you are shown the door, that is, if you have not been fired already. Do not be shocked. This was a long time coming and you saw the first signs long ago — you just refused to believe you were next.

Allow me to explain: a recent study¹ on the changing roles of the Human Resources professional found that 50% of respondents believed that traditional Human Resources functions would, “…continue to grow into a more strategic function as administrative responsibilities are automated or outsourced to others…”

In early 2008, newspapers around published a story that created a minor buzz. It claimed that a Russian publishing house — Astrel SPb — was releasing a book completely written by a computer.

The book was to be called True Love and was a variation of the classic novel Anna Karenina⁴ written in the style of Haruki Murakami⁵. It was widely reported the publisher claimed a group of Russian developers and philologists collaborated to create a computer program that generated the manuscript.

In early 2016, Nishad Nawaz, a researcher at The Kingdom University in Bahrain published a paper⁶ titled, Automation of the HR functions enhance the professional efficiency of the HR Professionals-A Review. In the abstract, Mr. Nawaz states,

“…In many organizations, the human resource department is responsible for many strategic tasks from managing the hiring to [the] termination of employee[s], for example monitoring of employees’ at all the levels, handling payroll, managing employee[s'] benefits and so on. To make this work easier[,] organizations across the world are investing in HR automation [to] [carry] out the best human capital decision[s]…”

I know what you’re thinking: “…my company’s board of directors is too visually impaired to consider what kind of impact these new-flanged capabilities will have on the company to actually consider them— let alone implement them…” but you would be wrong to think this way; because the change is not only already happening, but it is accelerating.

While it is true that some companies have not fully considered implementing a complete, top-to-bottom HR automation strategy — largely because such a thing is still too abstract a problem and a not-so-clear-opportunity right now — news like Amazon’s drive to automate hiring and onboarding for its hourly warehouse workers will not stay secret for long.

Do not kid yourselves, while corporate boards are not known for being bastions of innovation and forward-thinking, they know it’s possible — even if they are unable to see its affect on the corporation’s current business — at least, not yet, anyway.

In an interview for the Guardian newspaper⁷ discussing his new book, A World Without Work: Technology, Automation, and How We Should Respond; Daniel Susskind, an economist and lecturer at Balliol College, Oxford is quoted as saying,

“…When professional work is broken down into its constituent tasks a great many of these turn out not to be so complex after all, and can be done by less qualified people with the support of systems, or indeed by machines…”

Metro Bank PLC, an independent UK Bank — not affiliated with any other banks or organizations — had begun implementing an HR automation strategy to — as they put it, “…automate processes so that employees can spend more time on customer interaction; for those customers who still want this person-to-person interactions…”

The problem with this, as Danielle Harmer, chief people officer at Metro Bank puts it, “…is that automation could happen for the wrong reasons — namely cost-cutting instead of enhancing what the business does…”

Remember this words, cost-cutting instead of enhancing what the business does because you will hear this line many times from this point onwards.

Sooner or later — if it is not happening already — you will see a memo from upper-management announcing the introduction of automated applicant tracking software, automated hiring and recruitment tools such as Mya⁸, Smashfly⁹, BreezyHR¹⁰ and others as a “cost-cutting measure [to] [enhance] what the HR does best”, namely focusing on complex tasks like decision making and strategizing.

Remember: These tools use AI to significantly reduce the time to hire and accelerate the screening process. And if that alone doesn’t give you pause, remember the quote above:

“…When professional work is broken down into its constituent tasks a great many of these turn out not to be so complex after all, and can be done by less qualified people with the support of systems, or indeed by machines…”

Corporations are profit-making enterprises. Their impetus and raison d’être is to make money — or as the prospectus puts it “..to deliver value to the shareholders…”. When presented with an opportunity to reduce costs, increase efficiency, and enhance shareholder's value; they — corporations behaving as people, for the purpose of tax laws — have an almost biological tendency to seize it.

Let’s be honest, what human-centric Human Resources Management urgently needs is a clue about how technology is, and will continue to — perhaps more radically and suddenly than ever before — shape the future of hiring, onboarding, management and termination.

Sadly, human resources managers have been woefully unprepared to cope with this new reality. Years of hiring-by-spreadsheet and and a tendency for atrophying complacency have opened the door for its own destruction.

Yes, we are in the early stages; but technology-driven change moves at the literal speed of light. Shipping and logistics leaders like Amazon — because of their high tech pedigree — are the first out the door proclaiming their embrace for HR automation, or HR Management by Algorithm.

But make no mistake, others (domino’s, Jet, Casio, Comcast and more) are already following¹¹,¹² in their footsteps. What’s worse, Cloud HR companies that offer HR support tools to enhance human-centric HR Management will expand, or are already expanding, their offerings the take advantage of advancement in Machine-Learning technologies applied to HR management.

The promise of lower HR costs, more efficiency, less human bias in the hiring process, and other — more tangible — benefits will prove irresistible to corporations large and small. The fact these measures will free more funds to compensate upper management in the form of performance bonuses and other perks, is just a happy coincidence.

Try to understand this

The machines — or rather the algorithms — that will replace you and take over your job are already here. They are plugged into your companies’ systems and have been learning from you all this time — they are faster, cheaper and more efficient.

The process that will culminate in your obsolescence and termination has been under for some time…you just haven’t notice the metaphorical bullet hole in your skull and the shape of the recycling bin — you’re dead. 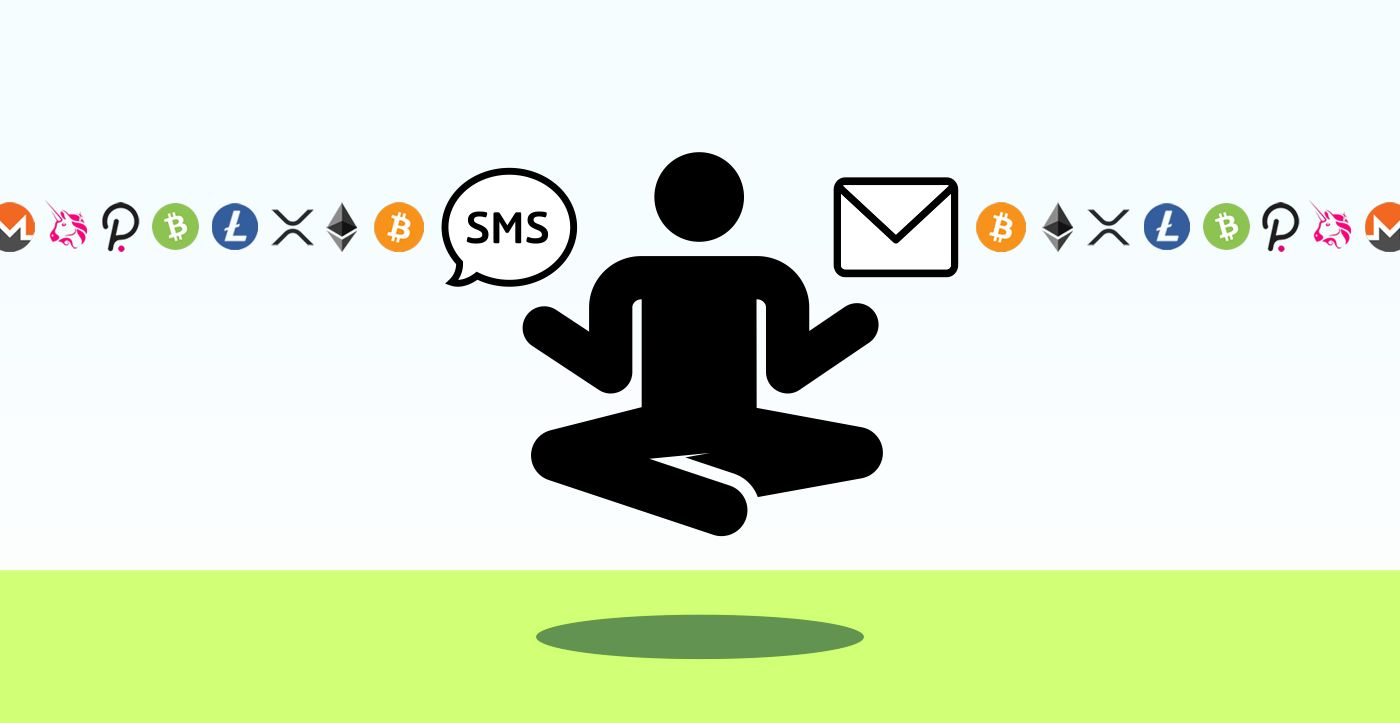