How your ShitCoin could be Worth more than BitCoin 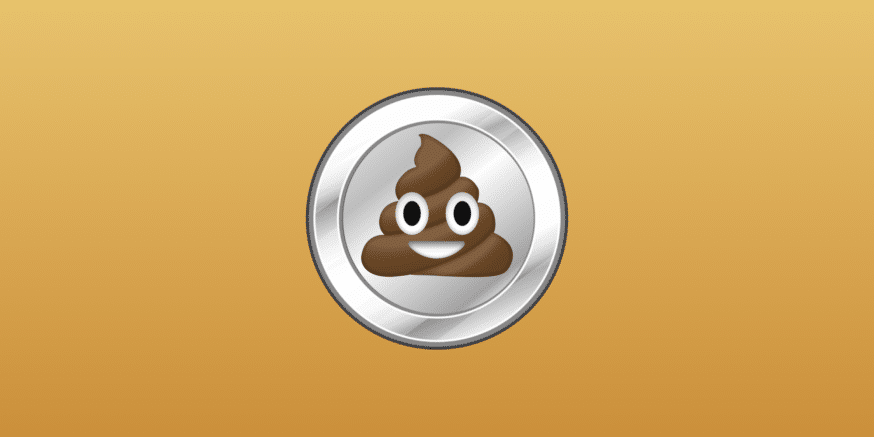 Admit it, you thought it was worthless, didn’t you? You’d probably even accepted that fact. This blog post exists to argue that it might have unfulfilled value or potential you haven’t yet imagined. Something you could realize very easily.

That ShitCoin, who’s value has plummetted since the ICO you participated in during the Crypopian price heights of late 2017 or early 2018, you’ve written it off or forgotten about it. I don’t blame you, I’ve done the same.

That gamble hasn’t paid off. The whitepaper you read hasn’t lead to the realization of any value, not in terms of a working model, prototype or even an extension of thinking. Nothing would be the aptest description of almost everything that any ICO birthed. That coin now sits in your ERC20 wallet with the binary values of its bits collecting digital dust.

Without saying you got scammed, because I wouldn’t suggest that for even one second — definitely not — but it’s a pretty close run thing. It will be interesting to see the SEC’s reaction to all this in the coming years, but for my thought experiment that is irrelevant.

The value of these ICO’s wasn’t the reward you got for participation, clearly. Instead, it was the education you received as a by-product of the investment.

Now those, in fact, are the indirect value of your investment and are something useful. You are now endowed with knowledge 99.9% of humanity does not have and you are in a unique position to use that opportunity to your advantage, turning a bad situation that cost you money into one which gives you a chance to contribute real value to a more significant and worthy cause.

I wrote a piece about how hostile takeovers might work in Cryptocurrency, how one blockchain could takeover another — it can be found here and I won’t rehash over old ground but it appears I was the first person on the internet to pursue the thought experiment — and my belief is that it is 100% inevitable, even more so for the chains created from worthless ICO’s.

New SuperChains with a lot of support will rise

These will be comprised of coins aggregated from the owners of tokens which are on their own worthless or of fractional value.

For PoW chains this is the most powerful evolution imaginable — it enables them to acquire a large number of nodes and miners and exponentially increase their hashing power and security of their chain instantaneously.

If you own these coins this is likely to be the only way to recover any value, while contributing to the formation of something which has the potential to be revolutionary. That is just the start.

Aggregation of worthless chains into one SuperChain is the only way to recover any of the value you lost through ICO participation which has created nothing. That is true for 99.9% of ICO tokens which would be exponentially improved through the process of being destroyed to birth a new Coin. All coins would be transferred to a wallet to which there is no access and forgotten about, or the tokens could be sold to market at scale dragging the price of the token down further, incentivising the holders of the remaining token to transfer to the new SuperChain as well.

There are a number of caveats necessary to get this off the ground. Smart contracts would have to be employed widely to ensure the power of the new SuperChain was ensured for a pre-determined period in order to establish it.

All great questions which I am currently exploring.

The truth is, what do you have to lose? Your tokens are worthless and deteriorating in value, this enables a huge number of bag holders to stand together and realize something of significant value together. Make a bad situation great by exploiting the ways that you have been exploited.

Got any ShitCoins you’d dump for tokens in a new SuperChain? Register at the link below

Alternatively, reach out to me by email at cherd@protonmail.com if intrigued by the possibilities of the thought experiment above