How To Work With Influencers Without Violating The FTC Guidelines 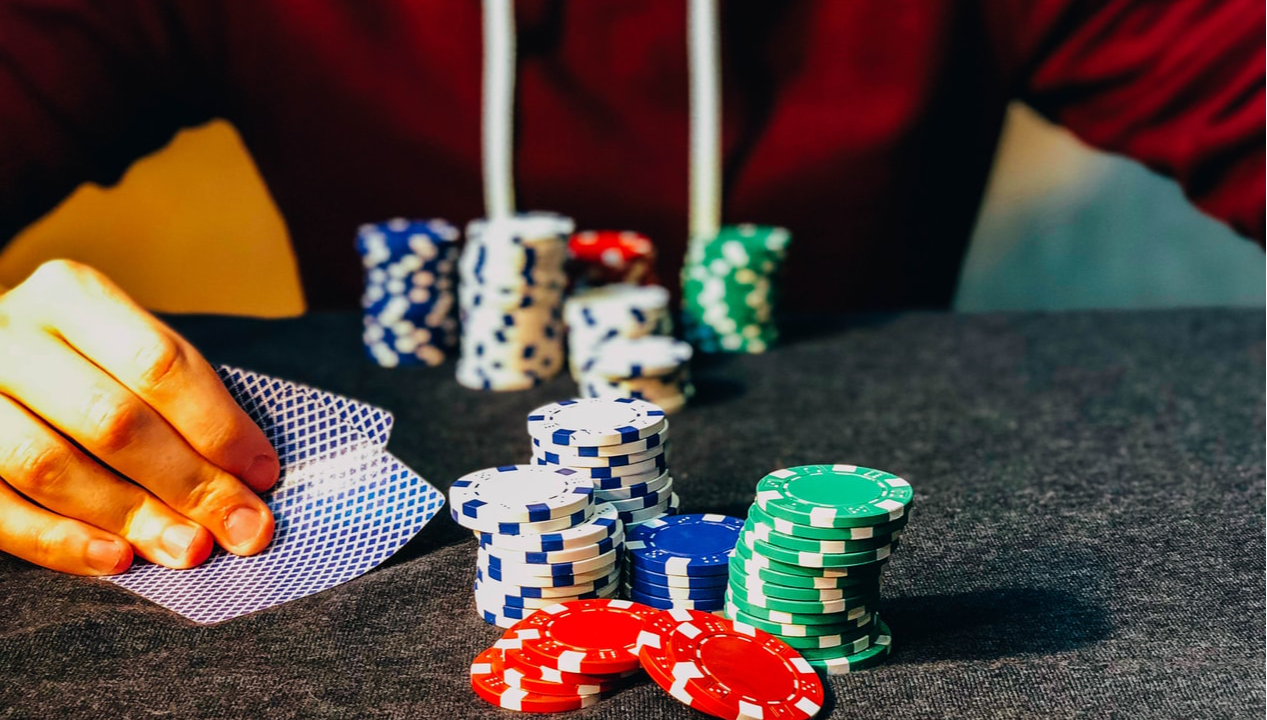 Downloading brain dumps before deletion. To the 2nd grader, a 4th grader is a genius.

Back in 2003, Chris Moneymaker pulled off something that is still being talked about today. It was at the World Series of Poker Main Event where he secured "the bluff of the century". Moneymaker was head-to-head against a more experienced, veteran player in Sammy Farha.

Both men were dealt their cards, and the match began. Moneymaker had the losing hand, but he didn't show it. With confidence, Moneymaker pushed his chips forward and went all in. Farha couldn't see that Moneymaker was bluffing, feared he would lose, and folded. Moneymaker won that round, and eventually, the championship.

The FTC does hold the better hand, in fact, they hold all the cards and run the game. The FTC has no need to bluff. When they publish disclosure guidelines, they need to be followed. If we approach their guidelines and penalties as if they are bluffing, which they aren't, we are gambling with the fate of our business. If we try to win by calling a bluff, and it's not a bluff, we can lose everything.

In this article we're going to cover FTC requirements for influencer disclosures in:

Before Facebook, YouTube, and Twitter existed, there were blogs. They've been around for more than two decades. We can all relate to having read dozens of blog posts in our search for information. But just because blogs have been around for so long, from long before today's influencer marketing, that doesn't exempt them from needing to play by today's rules.

The FTC wants to accomplish one thing in particular

They want online content available for consumers to be honest and unbiased. To accomplish this, the FTC has set guidelines for bloggers. Ultimately, whether these guidelines are followed comes down to the business owner, not the blogger. The FTC wants to ensure that all businesses are playing fairly marketing honestly.

If a blogger has been compensated for writing a blog, regardless of whether that compensation is free products or of monetary value, it needs to be disclosed. That disclosure stating only that the blogger has been compensated, not the actual amount. The disclosure needs to be upfront and not hidden somewhere within the post. If a blog post is long, it's recommended that the compensation disclosure be mentioned a couple of times. The reader shouldn't miss the disclosure, so ideally it would be at the beginning and at the end of the post. Writing the disclosure into a blog post appears quite easy, and it is, but how is it done with social media?

The same compensation disclosures are required for social media posts. If an influencer has either received a product or service for free, or they are being paid to share their experience, the influencer must let their audience know. With there being so many different social media platforms, how that is done will vary. 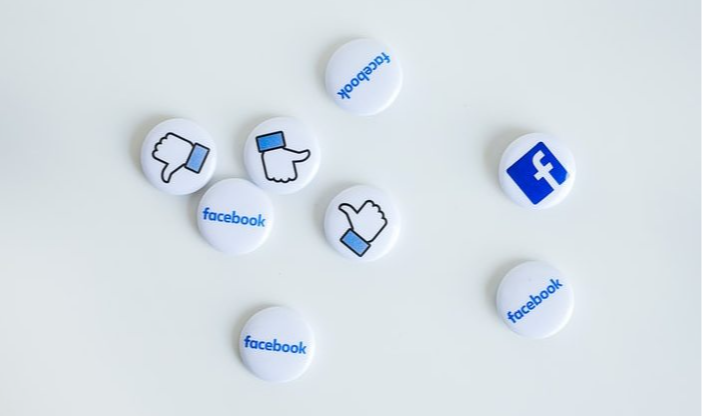 As a result, disclosures need to be more substantial.  It's recommended that influencers share how they acquired the product they are reviewing. Was it gifted to them? Or did they purchase it themselves? Is their Facebook post being sponsored? Influencers need to give these details at the beginning of their Facebook post, and if the post is long, at the end as well.

What do we do if there isn't much space?

For example, Twitter, until recently, had a 140 character limit on their posts. The FTC recognizes this and allows brief disclosures. Using a hashtag such as #sponsoredpost or #paidad makes it clear to the reader that the influencer has been compensated. Adding one of these hashtags to the
beginning or the end of the post is sufficient.

Instagram is more of a mixed bag. Being a very visual platform, the text portion of a post is often short. That said, Instagram does allow for a lot of text. If the text in an Instagram post is brief, the disclosure can be at either the beginning or the end. If an Instagram post is long, as in there is scrolling involved to read the whole post, it is then recommended to include the disclosure at both the beginning and at the end. As with Twitter, using hashtags such as #sponsoredpost or #ad is acceptable. We've covered some of the most popular social media sites, but what about video platforms?

The two largest video sharing platforms, YouTube and Vimeo, require little to no text for each entry. That doesn't exempt an influencer from sharing whether they are being compensated for the video they are producing. Best practices for video include disclosing any compensation received in both the text following the video, as well as mentioning it in the video.

Where's the best place for disclosure in a video?

The disclosure can be at the very beginning of the video, or after the creator's intro. Something as simple as "This video is sponsored by XYZ company, who was gracious enough to gift us these great widgets." is sufficient. If the video has length to it, as in it is more than ten minutes long, it's wise for the influencer to mention their compensation again near the end.

As for the text portion of the video, it's also best to place the disclosure right near the beginning. A brief statement on the compensation that the influencer received for the video will suffice.

If you're wondering whether these compensation disclosures will hurt your influencer marketing campaign, that is a great question to ask. Every day, we are bombarded by ads. Ad blindness is real. But this is different. It's about being honest and upfront, not wanting to deceive consumers in any way.

Will your influencer marketing campaign suffer as a result?

You may have a slightly smaller response rate due to consumers knowing that an influencer is being compensated for promoting your product. So yes, in the short term, your results may be less. But in the long term, this is the right thing to do. Consumers will respect your business, and the influencer, for being upfront about their compensation.

In summary, this article discussed why businesses must require influencers, that they are partnering with, to disclose how they are being compensated. We discussed where to make these disclosures, and what to disclose, in blogs, social media, and videos.

He bluffed his way into winning the World Series of Poker in 2003. The Federal Trade Commission isn't and never will be bluffing. The FTC is actively looking for companies that are deceiving consumers in their marketing, whether that be intentional or unintentional. Don't gamble your business and your products by avoiding something as easy as requiring influencers you collaborate with to disclose any compensation they may be receiving.

Thanks for taking the time to read this article. This article was meant for information purposes only. I am not a lawyer and am not qualified to give legal advice. Seek your own legal advice for your business, as rules and requirements may vary in different locations.  If you did find this article helpful, please share it on your social media.  For your next article to read, I’d recommend “How To Discover New Influencers Ahead Of Your Competition”.  In it, we discuss how there are many undiscovered influencers out there and how you can find them if you’re willing to look outside the usual places. Cheers.

Related Stories
Subject Matter
Book a Demo. Ship Fast. Rest Easy. LaunchDarkly. by @LaunchDarkly
#promoted
How To Create An Action-Inducing USP That Connects With Your Target Audience by @stevekehler
#marketing
How to Incorporate an Influencer Program Into Your Marketing Strategy by @shane_barker
#influencer-marketing
How To Choose The Right Color For Your Brand by @huashu
#fonts
Your Instagram Guide To Finding and Communicating With Your Target Audience on Instagram by @dameskik
#entrepreneurship
Creativity in Digital Marketing and Technology: How to Stand Out by @davidodinegun
#digital-marketing
Is Shopping In-Store An Experience Of The Past? by @tokinomo
#retail