How to See the Unseen and Do the Undoable. Part 2: What is Outside The Box Thinking? 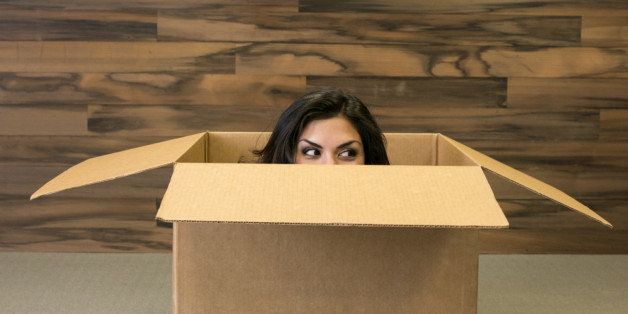 The term ‘outside the box thinking’ was first started in 1967 by Edward de Bono, who was a physician and inventor, to describe a kind of out-of-the-box thinking and critical analysis of scenarios that require more than just typical step-by-step thinking to solve. Creative problem solving and critical thinking is related to outside the box thinking,  and are all valuable skills to have in order to pursue unseen opportunities, and are applicable to more than just problem solving financial elevating, and entrepreneurial endeavors.

According to de Bono himself, while critical thinking is about examining the cards in play in any given scenario, outside the box thinking is about rejecting the ‘status quo’ of ideas, opinions, and information and conceiving entirely new ways of looking at that scenario. It’s about bringing new pieces into the game, rather than just working with what you have.

7 Outside The Box Thinking Questions

Every opportunity is unique for each of us. But the common mindset that filters out the locations and paths to these unique opportunities is among all of us. You might think you are in the lucky few that have managed to avoid being enveloped by this common mindset, but the harsh truth is that you most likely, according to statistics, are not in that fortunate few. However, if you are convinced that you are in that fortunate few, I encourage you to test that thought by simply reviewing these 7 outside the box thinking questions, and refer to the next section for answers:

Outside The Box Thinking Question #1:

Someone falls out of a thirty-story building, but lives. With luck and a landing pad not being factors, how could they have survived the fall?

Outside The Box Thinking Question #2:

There are a dozen eggs in a carton. Twelve people each take a single egg, but there is one egg left in the carton. How?

Outside The Box Thinking Question #3:

A boat has a ladder that’s ten feet long, and hangs off the side of the boat, with its last two feet submerged in water. If the ocean tide rises five feet, how much of the ladder will be underwater?

Outside The Box Thinking Question #4:

There are ten birds perched on a fence. A farmer aims his rifle and shoots one. How many birds are left?

Outside The Box Thinking Question #5

Outside The Box Thinking Question #6:

Which countries have the 4th of July out of the United States, the United Kingdom, France, Germany, Australia, and Canada?

Outside The Box Thinking Question #7:

If you were alone in a dark cabin, with only one match and a lamp, a fireplace, and a candle to choose from, which would you light first?

Outside The Box Thinking Questions: Answers

The last person took the carton with the egg inside. This question challenges our ability to break outside of patterns and introduce concepts not provided in the context of the story. Since everyone else in the story takes a single egg, the last person taking the whole carton is a new, but not impossible, scenario that the outside the box thinker must conceive.

Two feet. If the ocean rises, so will the boat, and the amount of ladder under the water will remain the same. A critical thinker might be tempted to work out the math in this obvious trick question, but outside the box, thinker will spot the attempt at misconstruction.

One – the dead bird that the farmer shot. This is another trick question. Some people might want to answer seven, since the farmer only shot one bird, while others might want to twist the story and suggest the farmer indirectly killed the others while just firing a single bullet. The correct answer is one, because after the farmer fires a single shot, the other birds fly away, startled.

They weigh the same – 100 pounds. This question is meant to trick the uncritical and unobservant listener from thinking that the material of the object affects its weight, even if there are 100 pounds of each.

They all have on the 4th of July.  This question is a trick that will likely work only on Americans since in the United States, the “4th of  July” is a holiday also known as Independence Day. Their first train of thought when hearing  “4th  of July” will likely equate it with the holiday, making the easy answer “the United States.” Really, all countries “have” the 4th of July, since it’s just another day on the calendar.

You would light the match first. Without it, you couldn’t light any of the other appliances. This is another question that encourages the thinker to break free of assumed patterns and think outside the box.

Related Stories
Subject Matter
How to See the Unseen and Do the Undoable. Part 1: Thinking Outside the Box by @Toonday
#startup
How Health Tech is Shaping the Future of Healthcare by @khunshan
#health-tech
#MyStartInTech: Interview with Karen Catlin, Advocate for Inclusive Workplaces by @dottechdomains
#women-in-tech
The Unbundled Work Era: The Time Is Now by @lijin
#future-of-work
An Introduction to Virtual Properties in the Metaverse by @daniejjimenez
#metaverse
VPNs for Netflix: Benefits and Must-Have Features by @clearvpn
#vpn