Why are Cryptocurrencies and Blockchain Finding Increased Acceptance by the People? 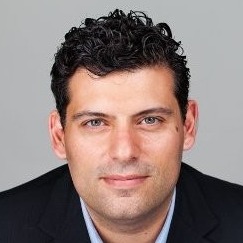 Similar to the Internet in its early days, the cryptocurrency and the blockchain industries have experienced massive shifts in acceptance and maturity within a short span of time. While the initial half of the last decade witnessed the first-ever large scale security breach at crypto exchange Mt. Gox, and the fall of darknet marketplace, Silk Road, it also laid the groundwork for wider adoption and general awareness of the technology.
Today, most of the large companies in the world have embraced cryptocurrency or blockchain in some way or the other, offering it as a payment method, or testing it internally. In this article, we take a look at just how prolific and ubiquitous those two technologies have become.

The Benefits of Blockchain

Before we look at modern-day adoption trends, let us understand how blockchain, the technology that underlies cryptocurrencies such as Bitcoin, works.
Currently, almost all of the operations, processes, and companies rely on a hierarchy of trust, where the decision made by the highest authority is usually deemed final. A blockchain, on the other hand, is completely free of trust-based liabilities and is decentralized. A blockchain does away with manual verification and authorization and works in complete autonomy based on what it is programmed to do. A consensus algorithm governs a network of computers to ensure complete accountability, leveraging decentralization to achieve greater efficiency, increased speed, and enhanced security.
While the concept of a blockchain was first conceptualized back in the 90s, Satoshi Nakamoto was the first to develop a practical and real-world implementation of the technology in the form of the backbone for Bitcoin. As the cryptocurrency began gaining prominence in mainstream media, software and cryptography enthusiasts quickly discovered that blockchain has use-cases that go beyond “decentralized finance”. Companies across various industries such as supply chain, media, insurance, transportation, and healthcare are currently exploring and adopting the technology’s potential and applications.

Blockchain Adoption is on the Rise

In Deloitte’s 2019 Global Blockchain Survey, 53% of the surveyed senior executives said that blockchain is on their company’s top five priorities for the year. Additionally, 86% of the respondents felt that the technology will eventually achieve mainstream adoption, with 83% of the sample pool acknowledging that their company has a compelling business case for blockchain application.
With major companies such as IBM and Microsoft now offering Blockchain as a Service (BaaS) for a relatively low-cost, applications of the technology is within reach for many small to medium scale organizations. While the former has partnered with countless shipping companies, such as Maersk, for a blockchain-supply chain solution, Microsoft is powering blockchain applications for everything from artificial intelligence to capital markets.

One of the biggest myths to plague the cryptocurrency sector was that cryptocurrencies are mostly used for illegal activities. However, digital assets have proven to be invaluable for cross-border transactions, convenience, and long term wealth storage. According to the data obtained from Statista, there are currently over 40 million blockchain wallet users, active, as of June 2019.
Digital currencies have also proven to be an irreplaceable resource in nations with weak or struggling economies such as Venezuela and Zimbabwe. Citizens of these countries have been continually dealing with the effects of hyperinflation and have started distrusting their government-issued fiat currencies. As a result, Bitcoin trading volume has been on a constant rise in Venezuela, attracting the attention of CNBC and other mainstream media outlets.
In March 2019, when BBC interviewed several Venezuelans that have turned to the cryptocurrency market for stability, an overwhelming number of locals said that they believe Bitcoin and other digital currencies help them achieve financial freedom and security.

The Introduction and Adoption of DApps

Within a few years of Bitcoin’s release, developers discovered that blockchain technology could be used for a host of non-financial use-cases. The subsequent release of blockchain-based platforms like Ethereum and Tron made the development of these applications easier. Around the same time, the term ‘decentralized application’, or DApp, exploded in popularity. Unlike traditional apps that you would find on any smartphone, a decentralized app connects users and providers directly, effectively eliminating all middlemen.
In addition to eliminating singular central points of failure, DApps offer censorship-resistance, which guarantees freedom of expression and speech. Today, there are over 2,667 DApps operating on various blockchains, with a daily active user count of over 100,000.